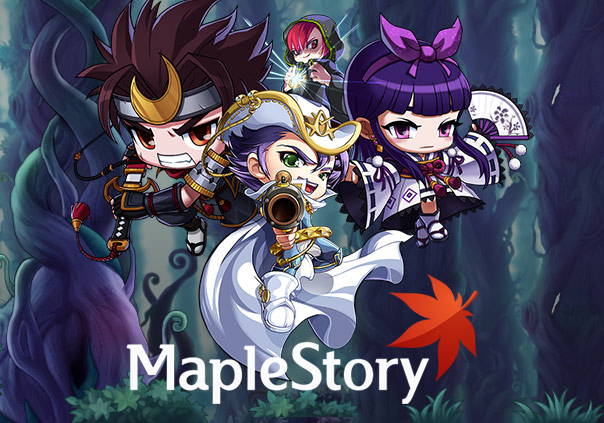 With over 100 million accounts created, Maplestory is one of the most played free-to-play MMORPG of all time. Maplestory is a 2D side-scrolling, fantasy MMORPG with a massive amount of features and things to do.

Eons ago, six brave heroes defied the Black Mage and stopped his conquest of Maple World, sealing him away for millennia. Now the fiend has awoken, and a new breed of hero must take up the call.

►One thing Maplestory doesn’t lack is customization! Every class players can choose has its own distinct personality and set of abilities. Skills can be specialized for your particular playstyle through skill trees and your appearance can be formed with countless cosmetic items. Choose from a massive selection of gloves, cloaks, hats and more to create the look you want your character to have. The odds of two Maplers ever being completely alike are slim at best!

►Speaking of other Maplers, if you’re looking to experience more social aspects of the game you should consider starting a guild or joining one. Make new friends that you can join forces with and take on your adventures. Exploring such a deep world is always more fun with friends by your side!

►Although the game is now over fifteen years old, the game continues on strong with regular updates and patches, and has significantly upgraded the game engine and graphics since its early days. If you can handle MapleStory’s child-like, cartoony graphics, this game has a ton to offer.

MapleStory has been around for over 15 years, but it continues to receive updates and expansions on a regular basis. Far too many to list.

Players may purchase Gachapon style lootbox items, as well as advantages both in and out of combat, and cosmetics including pets.

At PAX West, I discussed the franchise’s success and the new Black Mage update with key members of the MapleStory global team.

Nexon America announced that the "Fabled Melody" event will be heading to MapleStory on October 2nd, 2019.

Not too long ago, I had a bit of a sit-down with the MapleStory team to talk about how things have gone over the last fourteen years.

I was offered a chance to get my hands on the Pathfinder class a little early, to see what I thought about it - it did not disappoint.