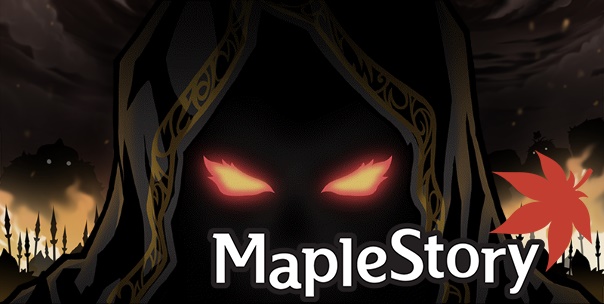 MapleStory is one of the oldest and most popular MMOs, having launched in 2003 in Korea (2005 globally) – making it over 15 years old now. The charming, anime-style graphics and accessible gameplay have captivated an entire generation of gamers. At PAX West, I discussed the franchise’s success and the new Black Mage update with key members of the MapleStory global team: Wonki Kang, Nexon MapleStory Director; Jungil Bae, Global MapleStory Director; Anna Lee, Global MapleStory Product Manager; Dennis Bernardo, MapleStory Producer; and Young Chu, serving as translator.

For those who haven’t been playing regularly, what is the state of MapleStory right now?

This past summer, we had the Ark update, and we’re having the Black Mage update this winter. This is something players have really been looking forward to and we’ve put a lot into its development, so we hope that players look forward to this Black Mage update.

It’s interesting that MapleStory has succeeded so long, especially in the Western market. What do you feel is the #1 thing that makes MapleStory succeed as a brand?

We believe that one of the factors of the global success of MapleStory is that within MapleStory, there are many different stories, and many different jobs that also have a story. Players have grown up with this game since they were young, so the game is a part of them. 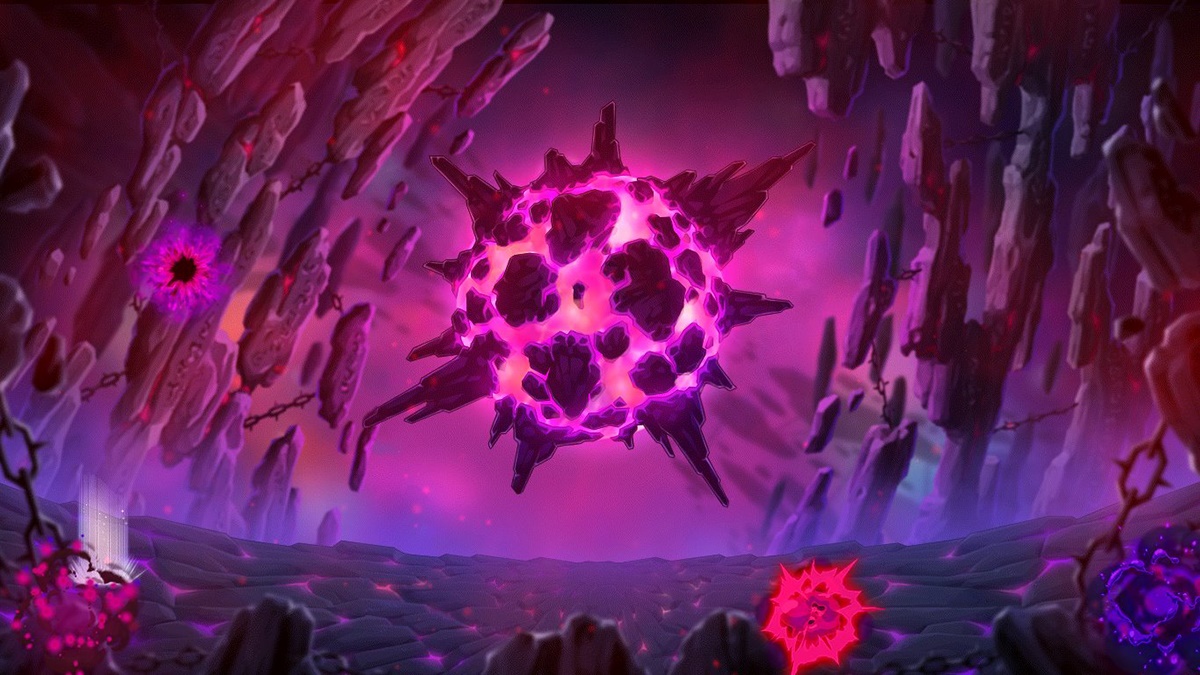 An old threat is returning this winter.

Being a global brand, are there any difficulties that you have going from Korea to the global market and the west, adapting to different communities and cultures?

Every region, every country, has different preferences and a different culture, so trying to adjust for that is very difficult. Although it is hard, we try to get feedback from players in what their preferences are, listen to that feedback, and incorporate that into the game.

Has the story evolved for MapleStory to grow with its players and the evolution of their own stories in the game?

With MapleStory growing older, are you looking for ways with new games or in MapleStory itself to recapture the younger generation again?

MapleStory itself is a really great platform for players of all ages. So it’s not just players that grew up with the game; there are various amounts of content designed for other generations. There are no age restrictions. 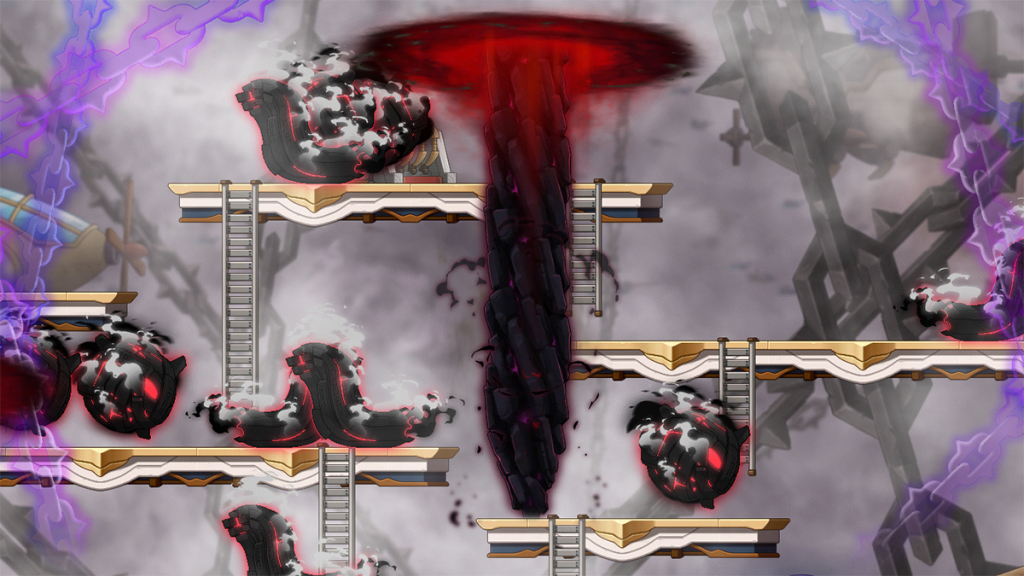 Dangerous and deadly battles await in the Black Mage update.

What content have you been looking to add to MapleStory in the next year?

Story-wise, the biggest update will be the Black Mage. As the Black Mage update ends, we will be picking up a new world and continuing the story that we’ve developed. Content wise, since MapleStory is a 2D MMORPG, we will try to add content that shows that strength.

Currently we don’t have any plans to expand the PC version of  MapleStory, but we are using the IP to bring it to new audiences, such as MapleStory M which is a mobile version of MapleStory. 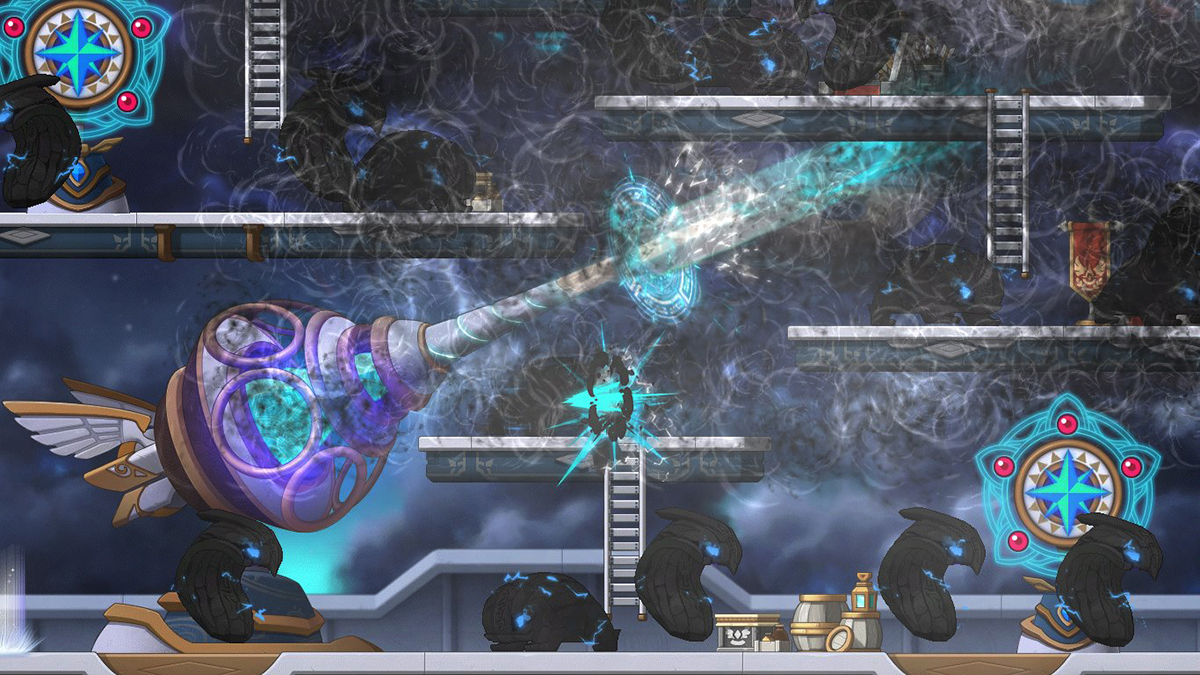 Old players are being reinvited to challenge the encroaching darkness once again.

Is there anything else that you want to add?

Over ten years of service, the main story focus of MapleStory has been the Black Mage, and we’re doing a lot to prepare for the new update. Of course that means the Black Mage story ends, but we don’t want to think of it as the end of MapleStory. We want to think of it as the beginning of a new story, and hope players will look forward to that. We will be putting our effort into this story to create another MapleStory that players will continue to enjoy.

Black Mage is a huge update for us and MapleStory, and did phenomenal in Korea. We’re hoping to recreate that same sort of impact here. We’re putting a lot of marketing behind it, going to events, and meeting our players. We want to bring back the love of those players who played in the past who wanted to fight the Black Mage – and now they can.