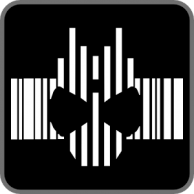 It all began in 1986; I begged, groveled and pleaded for a Nintendo Entertainment System. I was fortunate enough to acquire one but that sealed my fate forever. In the fourth grade I was handed “Nintendo Power” and I said even then, “This is what I want to do” and so here I am! My focus leans more towards MOBAs and MMORPGs, though my article list is incredibly varied, including card games, Diablo clones, and World War II simulators. Favorite games include: EarthBound, Final Fantasy IV, Dragon Quest III, and Romance of the Three Kingdoms IV: Wall of Fire. I have been actively gaming on consoles since 1986, starting with Nintendo, and currently I hold more Sony consoles than anything; though I am also an active PC gamer on Steam, League of Legends, World of Warcraft, and just about anything else I can get my hands on. More than anything I crave a well-crafted story, and as a writer and gamer it is my primary concern. My forte’ appears to be Alpha/Beta tests and sneak previews of games that are getting a relaunch, taking a good look at the changes that are forthcoming; I also have peered at my fair share of expansions to evaluate how far they have come from the original product. My goal is to offer as much of an unbiased opinion that I possibly can, and to word my reviews in such a way that everyone can come away from it with knowledge, whether they are a gamer or not.