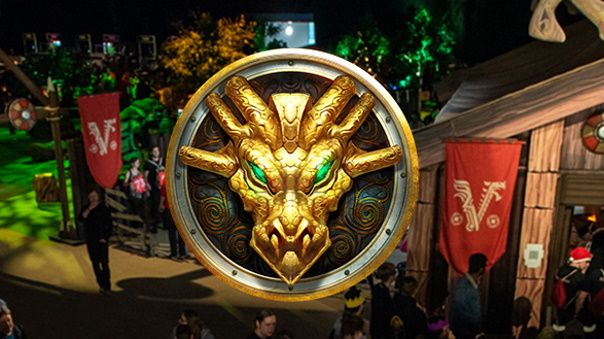 It’s no mean feat for an MMO to stand strong after 18 years. What’s the secret in RuneScape’s sauce?

Dave Osborne, Lead Designer RuneScape: There’s not one single ingredient that is a key part of the sauce that makes RuneScape special. There are a few key spices, though. I can’t think of many games that hold its players as central as RuneScape does. As an example, Old School requires all updates to pass a poll at a 75% threshold before they can go in-game. Both games are constantly communicating with their players and generally making all decisions with the player in mind. I think this player-centric attitude becomes really clear at our annual player celebration – RuneFest. There has always been a low tech-barrier to play either game, which made RuneScape so popular in its early life, but is still true today, which also makes bringing it to mobile far more feasible than other MMOs.

Finally, I’d say that the classless system plays a big part in RuneScape’s success – everything you do in the game makes progress on your single avatar and obviously that progress is with you forever, which means you become so much closer to your character than in other games. You’re not locked out of certain stories or experiences in the game because of the skills you have. This also means that there’s always something to do in RuneScape, whether it’s improving a skill, taking on some quests or playing minigames.

Ragachak: On that note, what if anything inspired “Old School RuneScape”, and how was it received upon initial launch?

John Colgrave, Product Manager, Old School RuneScape: Old School RuneScape was born from player demand. In late 2012 we had seen our community expressing nostalgia for an older version of the game, so we offered a poll on launching a 2007 version from a backup server, with a scaling number of features and support based on the number of votes it received. After nearly half a million players voted were cast in favour of it, Old School RuneScape servers opened to players in February 2013. The initial launch blew us away with hundreds of thousands of players rushing to re-experience that nostalgic journey through Gielinor. Since then the game has continued to grow consistently with regular content updates that are voted for by the game’s community. If an update doesn’t get the support of 75% of the voting community, it doesn’t go in the game. It has continued to grow since and last October Old School RuneScape launched on mobile, winning a BAFTA award in the process.

Ragachak: RuneScape Mobile is pretty interesting too, giving more people than ever access to the game, especially on the go. Was there ever a question or thought to bring it to a console?

Jason Millena, Product Director RuneScape Mobile: Before we look to answer that question for ourselves, we had to first establish what RuneScape meant to our players. RuneScape was developed for PC and it’s still our primary development platform. Bringing the game to mobile allows us to expand that experience to something to play on-the-go for current desktop players and, for those who don’t have PC gaming time these days, brings the whole game to a second-screen friendly format.

Regardless of where RuneScape ends up thriving in the future, we feel that first and foremost, we see the game as being one on multiple platforms and complete with cross-platform gameplay. It would be cool to have the game on several platforms, beyond PC and mobile, but where it goes next isn’t necessarily just up to us. That should be defined by where our players are, and where we can best reach them to deliver the experience that defines what RuneScape is to the world.

Ragachak: How about concepts that were designed but not implemented? What are some features that you guys have brainstormed, but did not make it to the main game?

Dave Osborne, Lead Designer RuneScape: There is so much on the cutting room floor that would have made RuneScape and Old School very different games! We update both games regularly, at least monthly, but there was a time when we were experimenting with the more industry-standard approach of introducing new content through expansions and had four lined up. We veered away from that when it was clear that our players missed checking in regularly to see what was new. I also remember a period when we were talking to studios about the prospect of a RuneScape film, which got to the script stage. That would have certainly been interesting!

Ragachak: Since the theme of this year’s expo area is The Land Out of Time and Fossil Island, are there any major differences between the two areas?

Dave Osborne, Lead Designer RuneScape: The Land Out of Time is wildly different from Old School’s Fossil Island. It’s in the same position on the world map and – in world-building terms – is the same island, but we’ve taken them in very different directions. The Land Out of Time is a prehistoric island brought forward in time by an elder artefact, so there we have giant dinosaurs in our game world. Meanwhile, Old School’s Fossil Island is very much set in the present day, with the bones of these monsters across its surface.

It’s also one of the examples of how Old School and RuneScape influence each other. Fossil Island was first developed for Old School following player votes. Later the RuneScape team were able to develop Land Out of Time looking at what worked from that release and bring them over.

Ragachak: One of the coolest things about Anachronia is the Agility Course. Were there any particular challenges that came with a zone-wide course?

Dave Osborne, Lead Designer RuneScape: Yeah, it was a real beast to make, especially as it was loaded with the additional aim of being a fast-travel system for the island! It had to be varied enough to keep interest, which isn’t easy when it’s so big; it had to be clear where you were going at all times, without any opportunities to ‘fall off’ the course; and it had to be faster than any alternative method of navigating the island, otherwise people wouldn’t bother using it. We prototyped the whole thing using squared paper and boxes of Lego and played around with the configuration until we got that one right.

Ragachak: From a story perspective, will the arrival of Anachronia impact any current storylines in RuneScape or does it perhaps tease something greater?

Dave Osborne, Lead Designer RuneScape: It’s very much the first step on a longer path! Anachronia is a potential weapon to defeat the Elder Gods, titan-like beings who want to ‘Etch-a-Sketch’ the world. This isn’t a fight that is going to stop with Anachronia, and we have plans to progress that storyline through the Land Out of Time, quest content, Archaeology and more.

Ragachak: And last, something a bit more open-ended: What does RuneScape mean to you?

Dave Osborne, Lead Designer RuneScape: I started at RuneScape and Jagex almost half my life ago, so it’s been a huge part of me for so long. I feel a bit like I have helped to make a world that I’ve deliberately lost complete control of since it’s in the hands of the players now. They are the ones cosplaying the characters, changing stuff through their feedback and survey votes, and I’m just a shepherd for the whole experience.