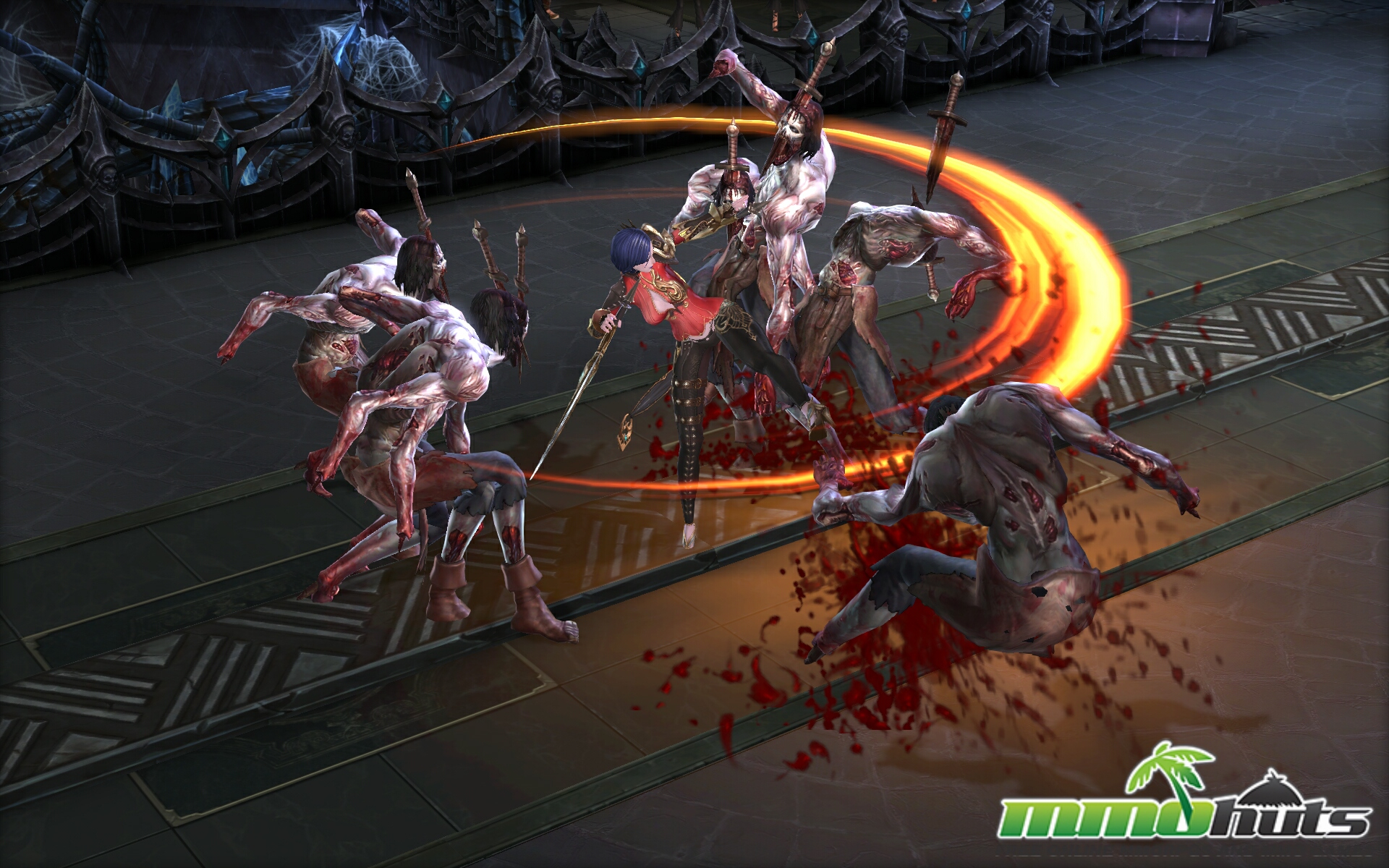 Devilian, the fantastic Diablo-style action RPG published by Trion Worlds, is coming out with a new class today! The magical Evoker, the heavily armored Berserker, the elusive Shadowhunter, a petite and powerful Cannoneer, but now we have another Rogue-style class, the Tempest! The Tempest wields a large twin-sided glaive that she can split into two daggers to attack and dump out lots of ludicrous AOE dps. I got to play her a little bit before she goes live on the 18th, and I’m of mixed opinion on it. I love the class, though it is my first melee’ class in Devilian. Most of my gameplay was with the Evoker, hurling absolutely absurd amounts of magic at anything that happened to offend me, but I did learn that the Tempest has quite the bit of range, depending on how you want to spec them. 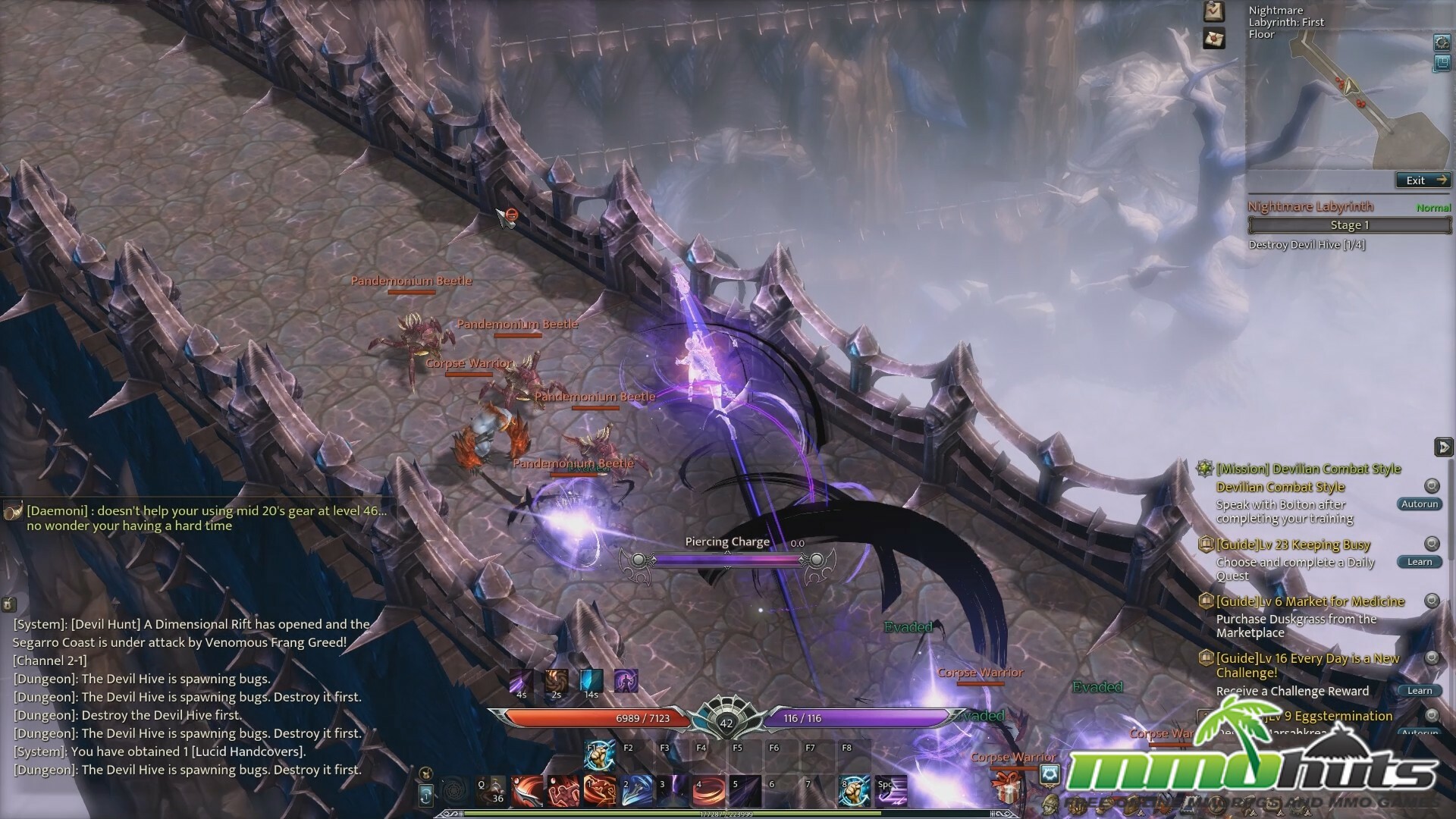 One of the things I really like about the class, is when you use a Dagger ability, she splits the weapon up into two, and her melee abilities [Bloodletting] will use those. When you use a Glaive skill, you will wield that instead. It’s the little things. She also has a skill called “Form Change” that gives a brief buff when you swap between the two. When you use skills to change weapons, you do NOT get this buff. Switching to Dagger gives you +50% Attack Speed, +30% Move Speed for 5 seconds, and when you swap to the Glaive you gain +40% Defense. It also procs a shield that blocks up to 30% of your Maximum health for 5 seconds. Personally I prefer the Glaive form, and it does have a 10 second cooldown, so managing the swap efficiently will definitely be useful. 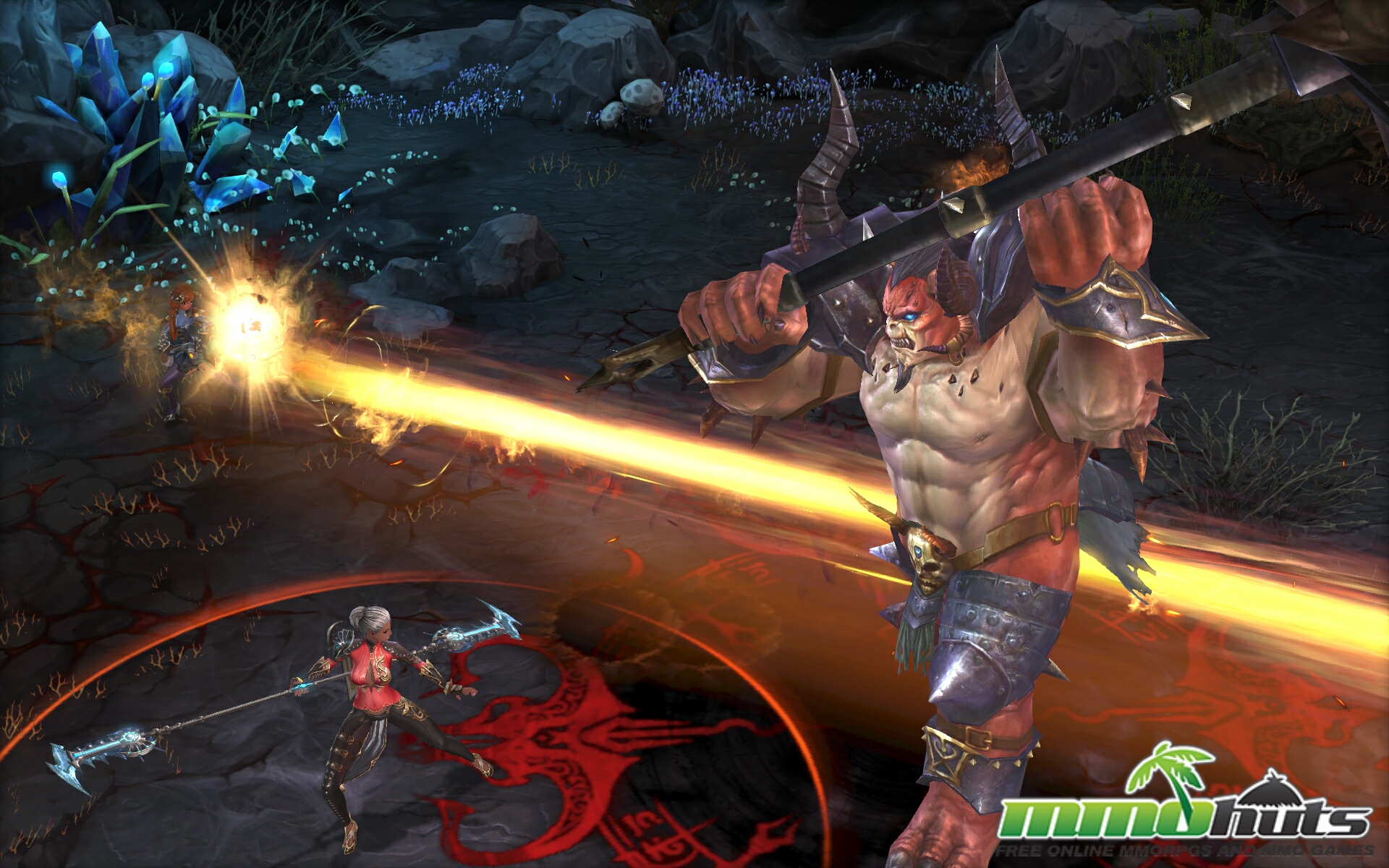 They also come with another important skill that takes a considerable amount of practice, “Dark Slash.” On a 14 second cooldown and 14m range, it dashes you to a target, dealing damage to targets in the path. A lot of damage. If you manage to hit an enemy, you can do it again, up to three more times. I had such a hard time not overshooting to where there are no enemies, but it is definitely powerful. The Tempest has three talent trees also:

Slaughter (Common): These skills can use Glaive OR Dagger, whichever you happened to be using at the time. It also has an Attack/Magic Attack Buff, which is brief [5 seconds base], but it does affect all of your allies. Electric Shock is a spell ability that deals damage to all nearby enemies for 8 seconds. Most of the abilities in Slaughter are spell-like abilities, though Cyclone is one I use pretty often. It’s a spinning attack that has a chance to increase attack for five seconds.

Lancer (Glaive): This is my preferred talent tree. Piercing Storm is a ranged rapid-attack with the glaive, and you can hold it down and change your direction. It burns energy the longer you hold it, but the damage is definitely worth it. Uppercut is also powerful, hurling Spirit Swords at your enemies. The strongest skill seems to be Piercing Charge, especially for PVP. It comes with a silence, you charge in, and damage goes up in accordance to how long you held it down.

Interceptor (Daggers): Ricochet Blade is probably one of my favorite abilities here, and even as a Glaive Major I tend to put a few points into this. You throw a dagger and it bounces from target to target. That and Warp Slash, which also obviously teleports you to a target [but does 33% less damage to PVP targets].

Of course you’re not playing Devilian if you ignore the devil form. Like all other characters, they turn into a cool, evil powerful demon! This gives her a brand new move set, but I won’t lie, I don’t really care for it as much. The new kit is as follows:

Shadow Veil: Darkness Barrier that damages everything caught in it.

Possession: Consumes 15% of your current health, removing all Debuffs and making you immune to them for 2 secs. Increased Move Speed, then you get the health back.

Deadly Upper: Damage/Stun for 2 secs. Would be a great PVP skill.

Brutal Strike: This is the real winner ability. It deals damage and, on the third strike, deals 50% Devilian Power from your target. 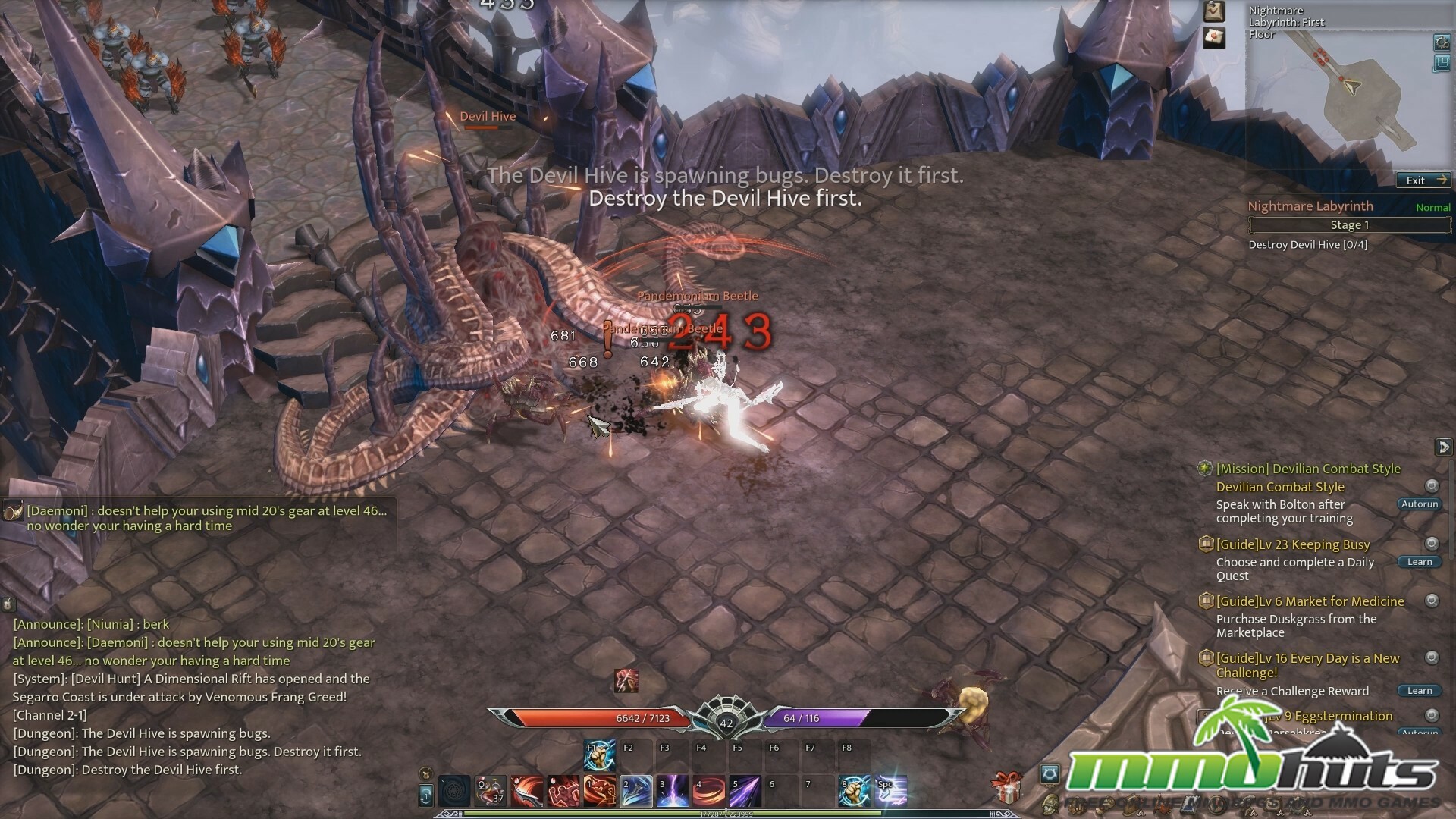 Tempest has enough tools as her disposal to handle any situation.

Devil form has some pretty nifty combos, but as a whole, I like the raw damage in the standard form more. I really enjoy the ability to deal melee damage from a distance, dashing through enemy units and obliterating them, kiting them and dealing lots of explosive and thunder damage. The Tempest is a whirling dervish of asskicking potency, but wow, do they wear practically nothing! I mean, it’s not that much of a surprise coming from a branch of the team behind TERA, but I was kind of alarmed or possibly intrigued, to see my death-dealer wearing hot pants. In addition to this, in the upcoming patch it is also pertinent to note that the level cap goes up to 54, there are two new Archdevil Dungeons, and level 54 gear sets. The Tempest is for those people that want to suddenly burst out of nowhere and obliterate everything with sick weapons and very flashy skills.