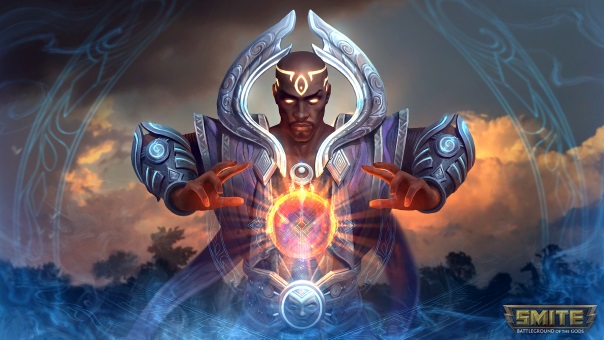 Cross-Play is one of the hot topics right now, and it’s finally starting to pick up speed in the world. Whether it’s undisguised greed holding it back, rights holders, matchmaking servers, or whatever the problem might be, now more ever, we have the ability play with our friends no matter what platform they are on. Rewind to just a few years ago, it was a pipe dream. One we as video game players were clamoring violently for, but it just didn’t seem possible. After all, Microsoft hates Sony, right? And they both loathe Nintendo, yes? That’s just the way it is. Except, I don’t think that’s the case at all. There’s a difference between competition and war. This isn’t the 80s and 90s anymore. WWE and WCW aren’t at war, neither are Nintendo and SEGA. The times are changing, and these days, no matter what platform you’re on, you can play with whomever, in some cases.

This honestly doesn’t seem to be possible without the effort of Epic Games and Fortnite, no matter how you feel about them. No matter how you feel about the gameplay, it’s all thanks to Fortnite. Fortnite has the distinction of not relying on any outside sources for their engine or their matchmaking servers. Unreal Engine is their creation, after all. They didn’t have to rely on anyone or have anyone’s permission to use their game engine. I think this ultimately wound up being important in what had Fortnite leading the way, and let’s be honest: Fortnite is making Scrooge McDuckian amounts of money right now. It seems like it would be a foolish thing to deny a platform holder. People who buy Fortnite probably spend a fair amount of money on average on the platform of their choice. So why not just let them have this concession? Fortnite doesn’t need Sony or Microsoft.

On a personal level, I’m not crazy about Fortnite. It’s not my style of gameplay. But there are fun cross-play games for me. So I figured now we’d talk about just a couple of those.

SMITE: I’d also like to give Realm Royale and Paladins honorable mentions too because I play both. But honestly, I spend more time on SMITE than either one of those other games, no question. SMITE rekindled my love of MOBAs. I was finished playing League of Legends, it was depressing me, making me angry, and I was making unhealthy decisions as a result of playing that game. SMITE changed this for me. It’s a mythological god MOBA, with fun casual modes, and intensely competitive matches. SMITE was one of the early cross-play games, from PC and Xbox One, but as the game moved to the PS4 and Switch, I was waiting, hoping. It’s on the way, in this latest update. Now players on all consoles: PS4, Xbox One, Switch, and PC can play together in normal matches. That’s a beautiful thing. You can throw that “console players are garbage” stuff in the bin, too.

After all, there are rubbish players on all platforms. It’s a massive game with over a 100 playable gods, and SMITE  has the most reasonable “game pass” with the Ultimate Gods Pack. 20 bucks for every character now and forever?! Are you kidding me?  We on the Bottom Tier stream SMITE on Saturday nights, and we often engage in crossplay. Colton, our lead video editor has issues playing on PC, but joins our party on the Nintendo Switch and we have zero issues. All we do is show up, and dunk any poor fool that comes up in Arena. SMITE is easy to pick up, most every god in the game has plenty of options on where you can play them and how, and it’s really helped me find my love of MOBAs again. Hi-Rez also has another cool shooter on the way, that will also be cross-play with Rogue Company.

Dauntless: Dauntless is on the list of games I wish I had more goddamn time for. It’s an amazing monster-hunting MMO, where, again, no matter where you play, you can play with your friends. I have friends that play on PC, Xbox, and PS4, so I know now that even if they don’t have an expensive PC, we can team up and do battle with our awesome Slayers. This is a pretty new change for Dauntless, much like SMITE, but I’ve had the pleasure to watch Dauntless grow from virtually nothing. I was playing in the very earliest days and even got to meet their developers on a few occasions. Once my personal life slows down, I’m coming back to hunt monsters, and hope to have my friends with me to do so again. It’s so cool to see a game grow, and watch people in my personal life really dig into it and love it too. That’s just an awesome feeling; I imagine it’s better for the developers though. Dauntless is fair, has awesome visuals and challenging gameplay, and plenty of new, constant content. I don’t feel like it is in any way pay-to-win, and that’s key to enjoying a f2p game.

Spacelords: Spacelords is formerly known by the cumbersome “Raiders of the Broken Planet” and I feel like it is overlooked right now. Spacelords has crossplay between Playstation 4, Xbox One and PC/Steam, and also has a pretty unique mode for the multiplayer genre. Now, 4 vs. 1 is not new, but it is, generally speaking, confined to the horror/survival genre. Spacelords has “Antagonist” mode, where a powerful antagonist does battle against a team of players. It’s also changed recently, where they can now direct their minions to fight specific heroes, and has also changed its monetization systems in a few ways. It’s visually striking and has a pretty unique, gritty style that sets it apart from the other f2p shooters on the market right now. It’s a game I recommend people craving something new should definitely give it a shot.