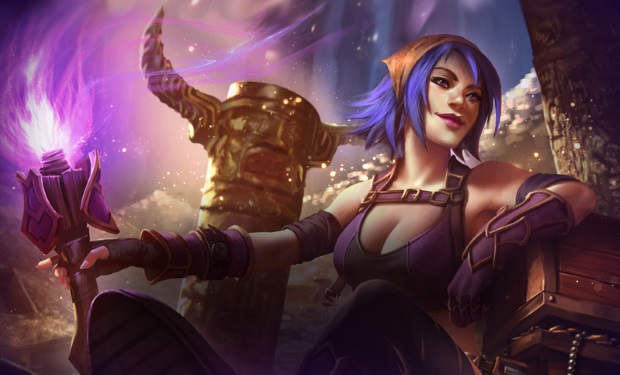 The HoN Team today announced plans to implement two new in-game features for its popular multiplayer online brawler, Heroes of Newerth. The War Effort, a quest system designed to reward players for completing daily objectives ; and Blitz, a mode that encourages an onslaught of offensive action with gameplay mechanics such as reduced hero cool down timers and lower mana costs. Both features go live Jan. 28.

To participate in the War Effort, players must complete quests presented in Heroes of Newerth’s in-game user interface (UI). Two quests will remain active concurrently, until an objective is fulfilled. Once completed, another quest will appear and players will earn reputation points for their efforts.

Reputation points earned can be used to unlock satchels and chests, which contain a variety of in-game products ranging from gold and silver coins that can be used to purchase avatars, voice packs, and more, to exclusive event goodies. The 14th and final unlockable container houses the Treasure of Champions – a chest with the War Effort’s most prestigious prizes.

To adhere to Heroes of Newerth’s competitive nature, The War Effort will also feature a leaderboard that can be climbed by completing quests. At the end of each cycle – typically cycles will last 28 days – players who have finished the most quests will receive additional in-game compensation, including the coveted Trophy Avatar, a gold plated avatar only given to the War Effort’s top 25 questers.

“A big goal for The War Effort is to incentivize players to step outside of their comfort zone with awesome content,” said Brent Wiedmer, Director of Design for Heroes of Newerth. “We’ve found that, even with HoN’s massive catalog of heroes, new and veteran players alike tend to pick from a small pool of heroes.”

“In many instances a player selects heroes based on what HoN’s ‘current meta’ is, or what they are familiar with, reducing match diversity,” said Wiedmer. “The expectation is that, once an incentive to check out previously unexplored content is established, it will greatly improve a player’s HoN experience by ensuring that each game is unique and approached differently from the last.”

War Effort quests are not limited to accomplishing objectives with heroes . Many will require participants to enlist their services on battlefields across Newerth such as on flagship 5v5 map, Forests of Caldavar, or Blitz Mode, amongst others.

”Blitz mode is Heroes of Newerth on steroids ,” said Sam Braithwaite, Marketing Director for Heroes of Newerth. “The beautiful thing about Blitz Mode is that anybody can jump in, veterans and new players alike, and start kicking ass right away.”

In addition to reduced cool down times and mana cost, Blitz Mode, unleashes chaos on the battlefield with:

Visit heroesofnewerth.com/thewareffort to learn more about The War Effort.