Nexon’s Mabinogi gives players the option to pursue their own interests. Cook, write music, fight, its up to you. The latest update adds another activity — farming. Players will be able to grow their own crops on rented plots and sell the produce. This is a good step, but I’m still waiting for land I can purchase! 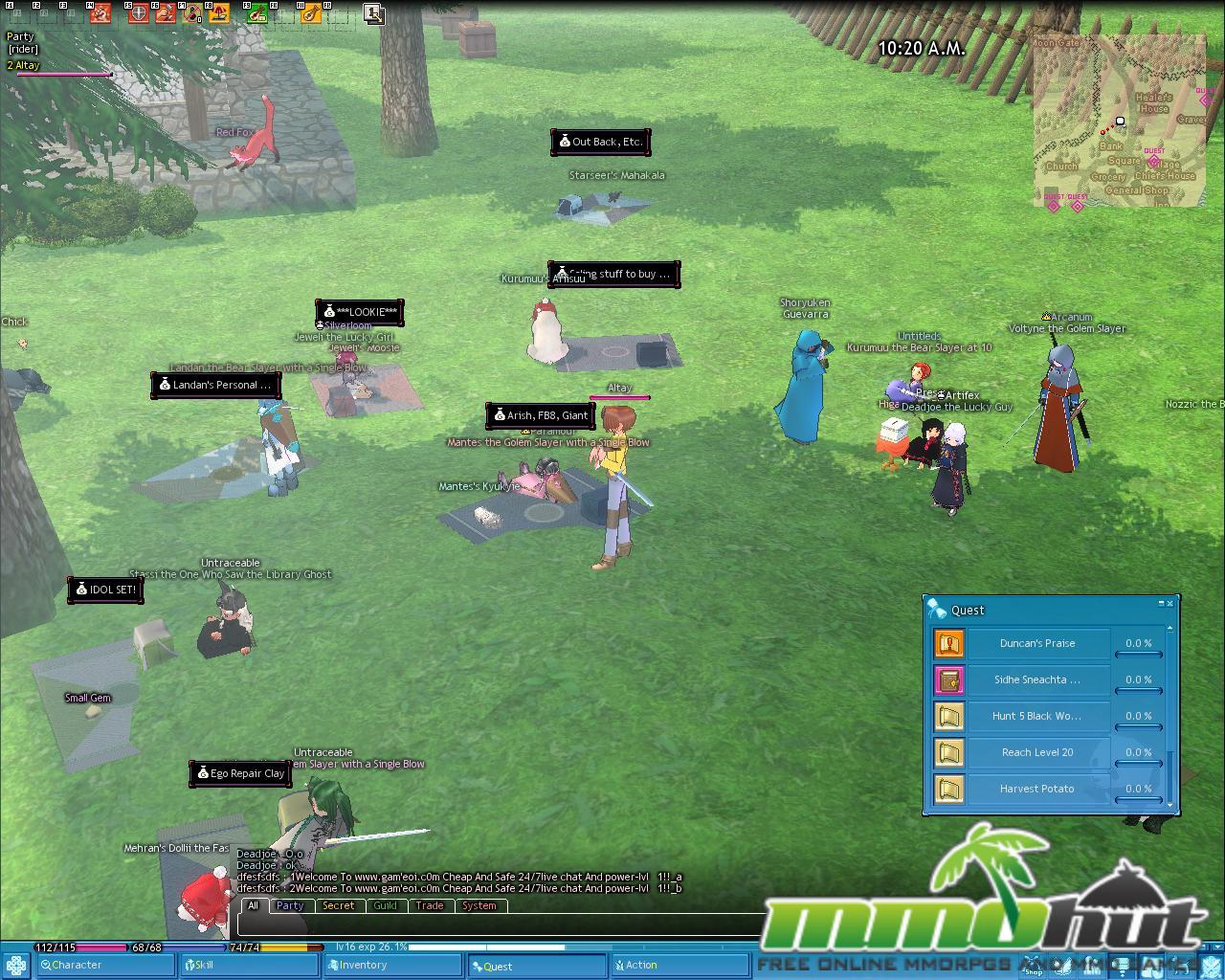 This latest update also brings with it three new Shadow Missions which have players join together in gladiator style death matches against monsters called Fomors. Two new alcemdy skills have also been added: Flame Burst and Sand Burst. To learn what they do and read more on the latest patch, check out the full release below. Find more information on the game on our Mabinogi game or check out other free MMOs & MMORPGs from Nexon like MapleStory, Combat Arms, and Dungeon Fighter Online.

Mabinogi Had a Farm

Gamers with a green thumb can now grow their own crops with the recent update in Nexon America’s fantasy life massively multiplayer online game, Mabinogi. Players can rent their own plot of land for a week and grow crops they can use or sell for a lucrative profit. Plots of land are limited and the rewards are great, so players should make the most of this new addition.

Along with the introduction of the farmland, the update introduced three new Shadow Missions. The missions have Mabinogians joining together in gladiator-style death matches, close contact battles with monsters called Fomors and the acquisition of ingredients protected by the ferocious Fomors.

Two new Alchemy skills – Flame Burst and Sand Burst – were also added. Flame Burst is most useful when attacking enemies at close range and sand burst allows players to temporarily disable their foes by throwing sand in their eyes. As with other skills, special crystals are required to utilize these new Alchemy skills. Once mastered by the Mabinogian Alchemist, these two skills will prove to be quite useful against enemies.

To reserve a plot of land for farming, go on a new Shadow Mission, or acquire new Alchemy skills, visit: http://mabinogi.nexon.net. You can also join others living the fantasy life at www.facebook.com/mabinogi.