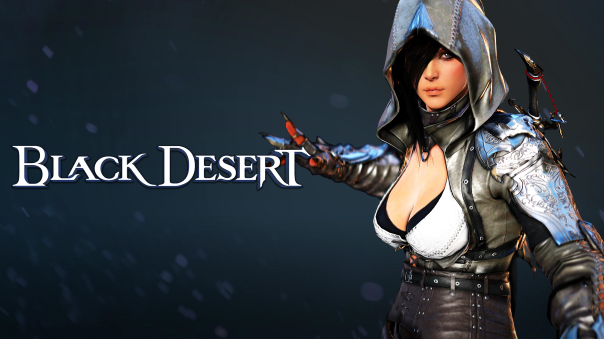 There’s an MMO for everyone these days. Whether you’re after side-scrolling beat ‘em ups, or non-stop PVP madness, there is something waiting for you on the Internet. Black Desert Online (simply Black Desert on PS4) went to Xbox One first and has since made its way onto the Playstation 4. However, it’s missing years worth of content, and only has the first eight classes to choose from. The PS4 version initially launched with six classes, but a major update released during the review process. For newcomers to the MMO, this isn’t such a big deal. To give you an idea of what’s missing, the PC version currently has 18 classes, with Shai being the most recent. I’m sure that in time, the PS4 version will catch up to the Xbox and PC, but it’s something to be aware of.

Before we get into how the game plays, let’s talk about something important in a free-to-play MMO: Is it pay-to-win? The concept of pay-to-win varies from player to player. Not everyone agrees on what makes a game a pay-to-win cash grab. After some thought and personal experience, the term “Whale to Win” applies. If you’re spending a bit here and there, you are unlikely to get a serious advantage over other players. It can take thousands of dollars on PC to enchant your gear and improve it to something noteworthy. There are no items on the PS4 store that make this easier to do, except for “Black Spirit Essence”. This item lets you extract crystals from gear, which I believe includes cosmetics. So in theory, you could buy cosmetics for real money and Black Spirit Essence to break those down. There are convenience items (extra XP, weight limit, item durability), but the PS4 iteration does not strike me as pay-to-win.

One thing Black Desert does right is character creation. It has the most detailed and gorgeous character generation in any MMO I’ve ever played. You have so many options to design the character your way. Is there a particular anime character you think your character should look like? Odds are you can make it happen. The classes are gender-locked, and that’s a turn-off for many American players, but it makes no difference to me. Character creation is impressive and you can lose hours figuring your character’s aesthetic. As you might spend years on the same character, you want them to look perfect. It’s a great way to immerse yourself in the game world.

The new-player experience is pretty brutal, though. I was already familiar with Black Desert Online since I’ve played some on PC. The Black Spirit is an entity that guides you through this MMO. It will give you some brief tutorials to teach you what you need to know about getting started. Other than that? Good luck! The game teaches you almost nothing. Other than researching on the Internet, you learn this game the hard way. Want to set up an extensive trade network, but aren’t certain about how the taxation system works? You’re going to need to take to Google. I like that the game is difficult and complex, but more information should be available inside the game. If players are going to invest time and money into the lifeskills system, Black Desert needs to provide clearer information.

In particular, one part of the game that perplexed me was the Skill System. As you gain Skill EXP and Skill Points, you can learn new skills and increase the power of current skills. You can adjust the level of a skill in the “Skills” menu, but that skill level doesn’t save when you leave the menu. Even in my 30s, I was still using level 1 versions of many of my skills. This caused my leveling experience to suffer as a result. Most of the in-game systems are not explained well at all, and it is something that should be fixed. Were this explained better, I would not be in the situation I was in on my Sorceress.

Gameplay is where Black Desert shines. There is a vast world, and you cannot teleport to get around. To get to new areas, you have to walk or ride a horse. I hated horses on the console. Your horse can die in battle areas, and you can lose track of where you dismounted. You can use a horse flute if you have one, but it was too cumbersome. It wound up being less stressful to me if I set auto-run and let it take me to the next area. The auto-run is clunky and will walk down roads, even if it’s faster to cut across a field to get to a location. Bear this in mind and pay attention, unless you have nothing better to do.

While the game may not teach you well, exploring and fighting are enjoyable. There are always enemies to kill and quests to begin. If that doesn’t tickle your fancy, there are Lifeskills, which is also an in-depth system. Gathering, Fishing, Processor, Cook, Trader, Trainer, Hunter, Alchemist, and Farmer are all options. On PC, you can even go to the deep sea and hunt sea monsters! The best part is, you aren’t restricted to doing one or two of these. You can murder camps of monsters; work to increase the strength of your weapons and armor; or buy a house, settle down and grow crops.

One of the important things in Black Desert is Knowledge. This game channels its inner Sun Tzu’s “The Art of War”. The more time you spend killing a type of enemy, the greater your knowledge of them becomes. This will increase the damage you do and show how much HP they have left. This goes for all facets of life in this world. When you talk to NPCs and explore their towns, you gain knowledge about the world around you. NPCs have Chat options that grow the more you know about them and the area they’re in. Public opinion, taxation, these things and more are in this intricate system. I recommend looking up a guide if you want to understand anything.

Despite the lack of helpful instruction in the game, the number of things you can do is fantastic. That’s great news, because there is no real end-game. End-game content comes in a few flavors: PvP, grinding to improve your gear, and Lifeskills. This style of endgame doesn’t appeal to me. On top of that, there is no level cap in Black Desert; the farther you go, the more difficult the grind is. Killing thousands of enemies to try and level up is more than even I can bear. There is a “soft cap”, but no real hard cap on leveling. After level 62, it becomes difficult to get anywhere.

As for combat, it’s very easy to learn with a controller. It’s easy to see how to activate your abilities. With the default controls, you have Square and Circle for a pair of abilities, X to Jump, and Triangle to Activate Objects. I treated the abilities like a fighting game, figuring out how they comboed together; this made it easier for me to manage battles. The shoulder buttons have some abilities bound to them, plus the Ability and Item Rings, which caused some problems. The Ring System is a bit clunky, but you can pack so many items and powers into it. In your menus, you can tag specific things you want to pull up through the Rings. Then you’ll tap the appropriate Ring binding, rotate to the right item/ability, and activate it. I wound up putting the most important item on a ring (potions), so I could just tap the Left Arrow and heal.

My favorite part of Black Desert is the abilities. The attacks are satisfying, and the controls are very responsive. It’s easy for me to evade and dodge attacks, and punish with awesome special abilities. I did have issues with improving my skills, managing my menus, and the ring system. Despite that, abilities have been simple and enjoyable. I haven’t felt punished or weak because I didn’t invest tons of money into the game. The game has thrown millions of silver at me due to the Fame System, but it doesn’t seem to be worth very much.  From what I’ve read, it can take an upwards of 100m silver to get your gear where you want it. Having so much money is nice to look at though. Fame is yet one more system that is not explained well. Your Skill levels and contribution score (which is one more thing the game does not go into) make up your Fame. Based on what rank your Fame is, you receive a daily payout of silver.

Black Desert is a feast for the eyes. The world is gorgeous, but it is not flawless. There are pretty major FPS dips on the Playstation 4, but the part that gets me are the textures. Textures load in at peculiar times, and character models do not load until I’m done talking to an NPC. Most of my time talking to NPCs had me facing inky black shadows instead of people. It’s very disconcerting. The game looks beautiful, but as soon as too many players/enemies hit the screen, things slow to a crawl. This may change on a Playstation 4 Pro, but I’m using a regular PS4 model, so I cannot say for certain. Even with these visual issues, I still enjoy walking around the world and taking in nature. The servers are almost always packed. For the majority of your time in Black Desert, you can play alone, and everything is fine. Until the true late game that is, where the majority of the time is spent in PVP, or in mindless grind groups.

Black Desert is not a bad MMO by any means. It has an absolute wealth of content, and there is so much on PC that will no doubt make its way to the PS4 version. It’s disappointing that consoles received the vanilla release. As of this writing, a new update has launched with two more classes (Dark Knight, Musa). That tells me that updates will be coming and that’s a good thing. Black Desert’s end-game is not one that appeals to me personally, and is not a game I can see myself spending years on. I prefer having dungeons, raids, and that style of community. There are so many PVE and PVP-related events that you can take part in in this world. BDO feels like a living, breathing world, with as much to do in the digital world as there is in a real world.

I do enjoy hopping into the game every so often and melting groups of Orcs on a variety of characters. Still, Black Desert doesn’t have what I’m looking for. It’s a far from a perfect game, but it’s serviceable in its own way. I can’t recall a single memorable quest or moment in the story, and almost nothing in the game is explained. The veterans, for the most part, are willing to help players figure things out. Having friends already in the game will also help. There is still a great deal to do to make it a fantastic MMO, but I love that you can without a doubt play this world your way.