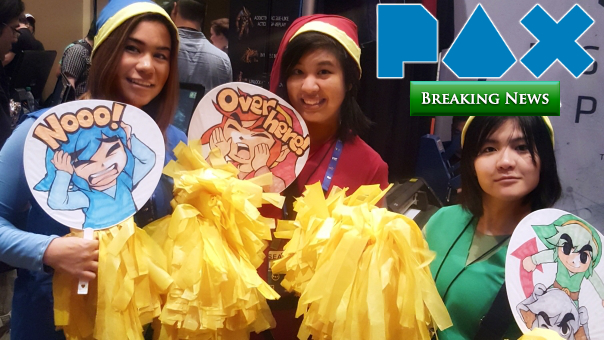 Day Two of Pax has come to a close! Or at least I assume so because the sun is out again. Day two may as well have been called “Pax: The Hotel Adventures” because we spent basically our entire day in secret meetings in hotels talking about video games. Some of it we can’t talk about just yet but rest assured as soon as we can tell you we shall! But all is not lost! Lots of fun stuff happened anyway. Perceptions were changed, I saw change in several games, some of which I have not given the fair shake they probably deserve. Fears were allayed when I played the first few Chapters of FFXV [or at least started to], and while it’s still being optimized, do not worry: It’s going to be amazing and I stand by it. Of course Hotel visits mean fewer cosplay photos, but I got tons on day one and should have more today as well.

Miss Day One? Check our coverage!