The Best Monetization Practices in MMOs 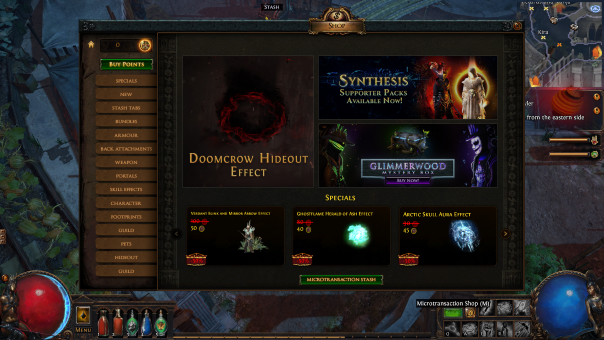 Do you have some I missed, or think ought to be mentioned? Leave them below!
One of the questions I’m asked the most is “What are my favorite MMOs”, whether it’s in a free-to-play or buy-to-play model. This is a much harder question to answer than one might think, because there are games I enjoy or love on a personal level, but I loathe their monetization systems. Not all MMOs do this in a fair manner. While I may cover the least-fair systems here in the future, today, the focus is on the MMOs that have fair, reasonable practices. I don’t begrudge a free-to-play game making a profit, because that’s really the whole point. Having to buy expansions is not pay-to-win, despite what some people have cried about. If that were true, every MMO is pay-to-win, and that’s ridiculous. So my criteria for this are games that do not have a required subscription. Actual physical purchase of the game is fine, but games with a required subscription (World of Warcraft, Final Fantasy XIV, Final Fantasy XI) are not allowed. Besides, you guys know I love Final Fantasy XIV already. Games I have not personally invested time in are not on this list.

I’m still very new to Path of Exile (~35 hours in) compared to most of my friends and viewers on the MMOHuts Live Stream (600 hrs to 2500 hrs). At first, I could not get into PoE, but I certainly tried. The hard part for me was the passive skill tree, which dwarfs Final Fantasy X’s Sphere Grid (which I funny enough love). It almost felt irrelevant what class I was playing, and the passive skill tree is what really felt relevant. But we’re talking monetization. There is nothing in Path of Exile’s monetization system that is required to play the game. You don’t need to ever spend a dime on the game. Now, are there cool cosmetics? You bet! Is there stuff that makes the game a bit easier to manage? Yes, extra storage. I’m already starting to fill up my storage, so I’m likely going to invest in extra storage slots for my stash. It isn’t needed and isn’t required, but it’s 1. helpful to me without being a requirement and 2. I want to help support a game that I’ve really enjoyed. This is one I’ve spoken to several people about. Most of them have spent at least 20 bucks on Path of Exile (if not more) because they wanted to, not because they had to. That’s the earmark of a great monetization system. You want to help the game continue to grow, not “Well, if I don’t I can’t play the game like everyone else!” so without a doubt, Path of Exile has one of my favorite systems. I’ve been told that stash tabs become far more required in the late game, but since I haven’t reached the point where I absolutely must have them, I can’t talk about that just yet.

SMITE’s going to be on the other list too, don’t worry. I love SMITE, it’s my favorite MOBA on the market hands-down. It’ll be on the other list because of cosmetics, though. In terms of required content (RE: characters), SMITE is far fairer than League of Legends, Heroes Evolved, or whatever another MOBA is the current flavor of the month. Can you grind for them to get the gods for free? You can. You can also spend real money currency (Gems) on them. But what has been called by many “the best deal in MMOs” is the Ultimate Gods Pack. It’s on sale several times a year, and for 20 bucks, you get every god that’s ever been released and ever will be released. Did you play in season 1, buy the pack and decide you were bored? Come back to the game in Season 6? They’re all there waiting! Smite doesn’t do as many free chests/free cosmetics compared to other games, but there are free chests you can unlock for winning matches, and there’s also the Battle Pass. I’m torn on that because those are something I’m honestly not that big of a fan of. But the pay-in isn’t that high, and there is some pretty cool stuff in it. But in terms of getting the stuff in the game to actually be on the same footing as other players? You can’t beat it.

Warframe is a game that I wanted to play for a very long time, but it made me physically ill to do so. Once I found I could turn off one or two settings that reduced/removed my motion sickness, I was all in. It’s a gorgeous action game, with lots of stealth, murder, awesome guns, and even better character designs. You can spend a lot of money in the Warframe shop, but most of it is just pay-to-go-faster. You can grind out the vast majority of the Warframes themselves if you aren’t keen on spending money on them, but you know what really makes this system shine? Trade. You can trade currency with players. Do you need something to put a blueprint together for that sweet new Frame that just dropped? Reach out to your friends/make some more friends in Warframe! To me, it’s always been a community willing and able to help new players/experienced players get what they need to try something new/unlock something. They do have real-money only bundles, but those are typically for Prime Frames (well, for cosmetics for them. You can still grind out the Prime Frame itself). You never have to pay for updates, but they do charge real money for their Prime Access, but this is not a competitive game. It’s not a PVP game, so you aren’t competing against other players! At worst, it’s pay-to-farm-less. You can farm for just about anything you want in Warframe, and they give you free stuff every day, to make that just a bit faster. Warframe’s system is certainly a fair one in my eyes.

Now I enjoy TERA as an action MMO. On that front, it’s incredibly fun. I don’t really care about gender-locking race/class combinations either. The part where it falls off for me is the gear grind once you’re close to/at level cap. It’s infuriating and time-consuming, but that’s not what we’re here to discuss. This is a free-to-play game, and it does have an optional subscription. That subscription doesn’t make you a winner, but it does have a few convenience parts to it – such as a flying mount, exp boost, an on-demand minor buff potion, and a tome that lets you teleport for free. I’ve had my grievances with the potion buff before since it can be seen as a bought-advantage, but in my personal travels, I’ve had piles of those just sitting around doing nothing in my inventory. The actual shop has one or two convenience items, like exp boosts, but is primarily cosmetics (skins), mounts, and keys for lockboxes. I’m not really a fan of lockboxes in any game, but that’s another discussion for another day. They don’t offer any paid advantages in this game that I have seen.