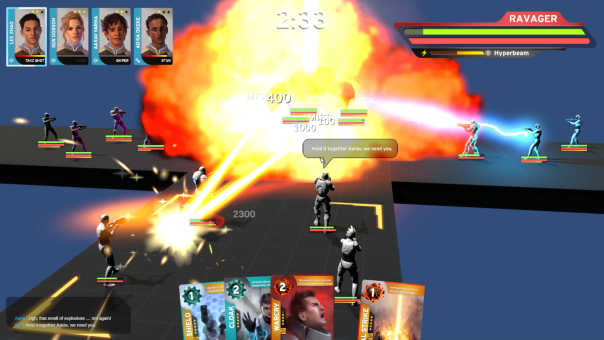 2Dogs Games released a new blog post today concerning Mental Health and their upcoming MMORPG, Destiny’s Sword. The full blog post is linked below, but it asks and then answers several questions in regards to Mental Health in their MMO. One of the important parts is where they discuss fun. Though they deal with some pretty heavy issues, Destiny’s Sword is still supposed to be a game, and games are supposed to be fun. They have several opportunities for positive daily events for characters, and they are rewarded for empathic interactions, instead of being penalized for mistakes. They also take care to point out that they aren’t adding to the stigma that all mental health issues are giant psychotic breaks, or that these people that suffer are dangerous/unstable. People suffering from mental health issues, can also get solution from drug rehab experts, who specialize in treating mental illness as well.

The blog post also discusses how Mental Health affects gameplay in Destiny’s Sword, which is also useful information to have. Players will command a squadron of troops in futuristic combat, and along with the physical toll of combat, there’s also their emotional state to be aware of. What a character experiences in battle and in the metagame will affect the way they think and feel. It’s ultimately a circular relationship that has the player’s fingerprints all over it, which is a pretty fascinating way to approach mental health in a game.

While coming up with the idea for such an important feature was easy, making sure that it is implemented correctly is a much more difficult process. To ensure that they were heading in the right direction, they reached out to a number of organizations for guidance.