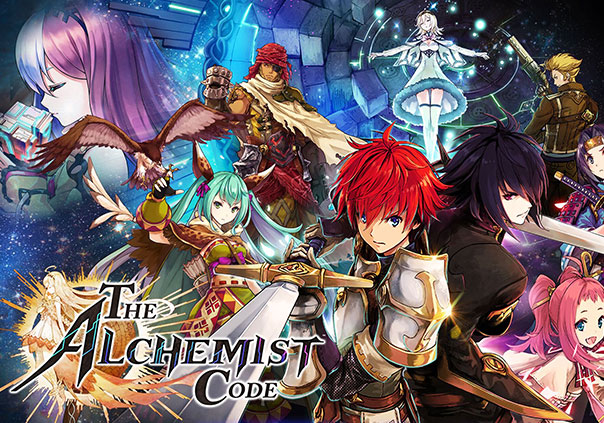 The Alchemist Code is an upcoming free-to-play Japanese strategy RPG developed by Fuji&gumi Games for iOS and Android. In The Alchemist Code players can experience classically tactical gameplay in intense missions with gloriously animated 3D battles.

With the seven deadly sins running rampant you’ll need to be ready for anything at any moment. Customize your own strategic team of characters and deploy them on battlefields with multi-dimensional planes. Having different elevations and orientations to manage during battles means every little move counts and could leave your team either exposed or in a steadfast formation. Use your gut and your mind to outsmart your opponents.

Little is known about The Alchemist Code at the moment, but with stunning anime-styled cut scenes and epic audio in terms of both music and voice acting it is sure to impress with its production quality! Will you prevail and bring change to the world?

When it comes to strategy RPGs, one of my go to genres, my favorite is Square Enix’s Final Fantasy Tactics.

The Alchemist Code Collaborates with Attack on Titan This Summer

gumi announced this morning that a new collaboration is coming this summer, with popular anime/manga, Attack on Titan.

The Alchemist Code announced that beginning tomorrow (April 4th, 2019) they will be teaming up with the Etrian Odyssey franchise.

gumi has made a bold move to open the Door of Truth and transmute what could be the greatest collaboration of all.

A new collaboration for The Alchemist Code begins this week, starring the characters of Final Fantasy XV!