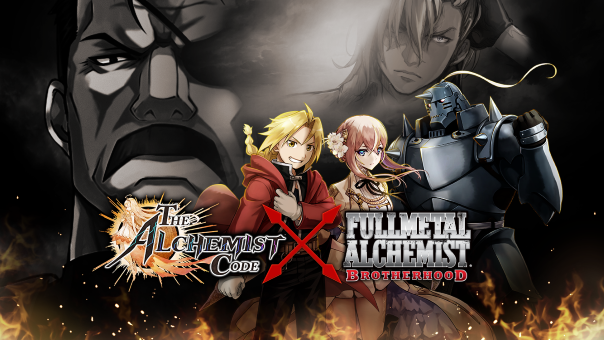 gumi has made a bold move to open the Door of Truth and transmute what could be the greatest collaboration of all. From November 1st until November 28th, fans of Full Metal Alchemist: Brotherhood will be able to transmute their favorite State Alchemists into the world of The Alchemist Code. But what will be the cost for this Equivalent Exchange? The following characters will be summonable in this event: Edward Elric, Roy Mustang, Riza Hawkeye, King Bradley, Pride. There’s also a special collaboration unit, Toritoh. Toritoh is known among the Holy Order of Babel as “The General”, she was raised entirely inside the church, and as a result has little understanding of outside affairs and is bad at expressing her emotions. The Alchemist Code celebrates their first Anniversary on November 14th, and to celebrate that, the gumi team has prepared a list of rewards that include a Special Anniversary Summon, Merchandise Giveaway, Anniversary Celebration Bundles and IAP, and Anniversary Gear Giveaway. On top of that, Alphonse Elric and Envy are free by clearing missions and milestones. There are also Collaboration Gear pieces to collect: