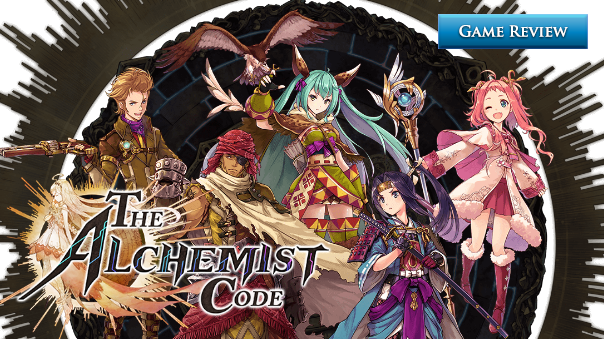 When it comes to strategy RPGs, one of my go to genres, my favorite is Square Enix’s Final Fantasy Tactics. Tactics is one of the few titles that I’ve sunk so much time into, aside from the Monster Hunter Series. That’s why I was happy to sink my teeth into Gumi’s latest offering, The Alchemist Code: the English version of For Whom the Alchemist Exists.

The Alchemist Code is a free-to-play mobile strategy game for the Android and iOS platforms. You play through the story of Dias, Logi, and Agatha Crowley, three siblings that live in a world where alchemy, a form of magic, is banned because of the dark and tumultuous history.

The game is known for using the work of Shoji Kawamori and Yoko Shimomora, each a legend in their own right.

The Alchemist Code’s core combat gameplay pretty much follows the same style as that of Final Fantasy Tactics (hence my earlier mention). This means that game was designed to do battles in grid-based, environment reliant encounters while incorporating a varied job class system for each character from the game’s roster. 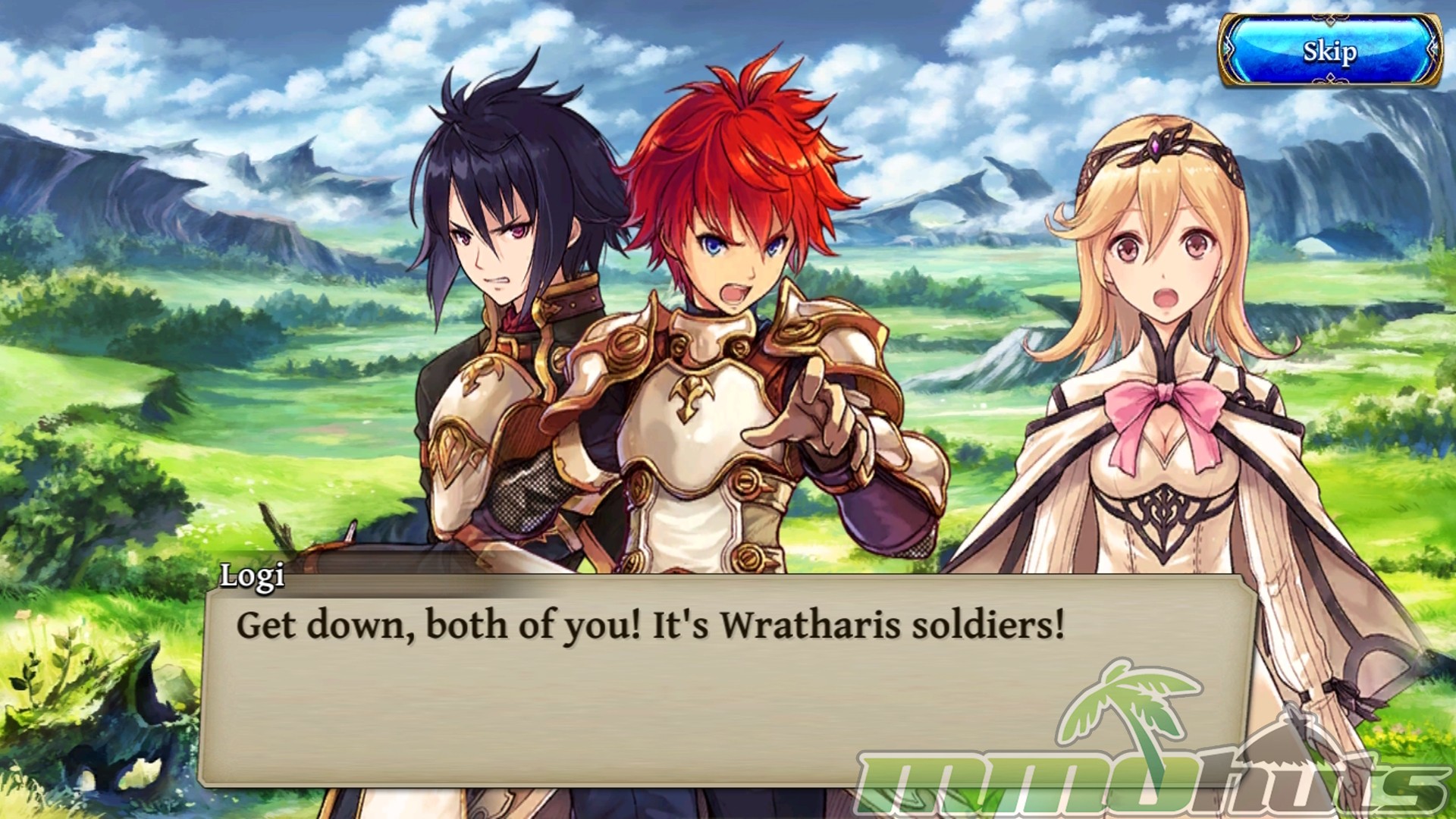 A moment of story, which is unfortunately lacking.

Meanwhile, the game’s business model follows the formula that Gumi is known for. This means premium purchasing is pretty much a gacha system, but remains pretty generous in giving away premium currency from the dailies and achievement missions. The game also uses an energy system that limits player’s playthroughs in a single session.

The Alchemist Code’s similarities with Final Fantasy Tactics don’t just start and end with the battle system. In fact, it’s important to note that Gumi also adopted the Job Class system from FFT to The Alchemist Code. Instead of a job wheel though, Gumi decided to limit characters to three job classes, which you can unlock by leveling heroes up in game. The choices for these job classes are reminiscent of the Tactics job wheel choices.

If you’re familiar with the other Gumi titles, their unit collecting business model is still present in The Alchemist Code. You will be collecting unique character heroes in-game that you can upgrade by leveling their job skills and learning abilities as you upgrade them. In fact, Gumi designed the game character progression system to not just rely on your account’s level, since the hero level cap is tied to your account; it also requires you to level your character ability to learn new skills in the process.

Another thing of note is that you can transfer your learned skills from your previous job to the next job to further customize your character to fit the gameplay you want it to adhere to. This makes the game unit build-up interesting for a free-to-play mobile game.

Battles, on the other hand, follow the Final Fantasy Tactics style of combat system. Your characters are placed within an instanced map where you face other characters PvE or PvP-wise in a turn-based battle. 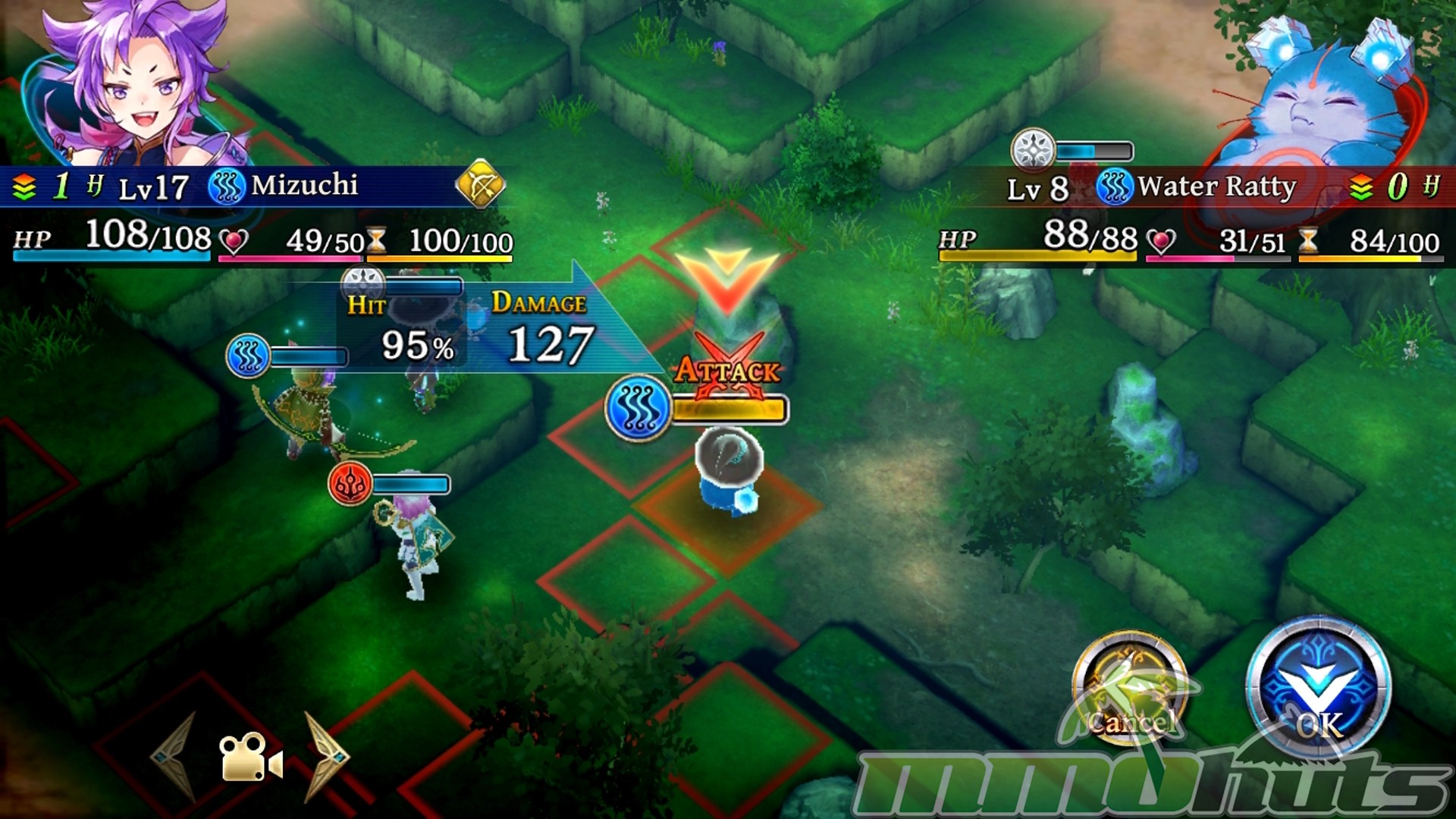 Battles are grid-based and top-down.

The game pretty much plays just like that. You’ll be going through either the story mode missions or the regular cycle of event missions that the game periodically provides. Or true to Gumi’s way of doing things, you get the occasional crossover event, like the recent one where characters from Brave Frontier crossed over to The Alchemist Code and vice versa.

There’s a built-in elemental system in The Alchemist Code that adds a rock-paper-scissor style system of weaknesses and strengths that you need to take into consideration when building your teams. This forces you to create a varied set of heroes that you need to invest resources on. This is Gumi’s ingenious way of forcing you to stretch your resources so that you have to eventually spend cash on the game if you don’t want to be creative in farming them through the dailies and achievements.

One of the battle systems Gumi is fond of is the multi-play system, where you can create or join queue missions that puts requires you to team up with other player’s main heroes to finish higher difficulty matches. These battles are slower and reliant on other people’s strategy and tactics. Battles in Multiplay are interesting matches to say the least, as long as you don’t sleep on these battles like I did!

The Alchemist Code is a game that espouses everything that I liked in Final Fantasy Tactics game mechanically. The core gameplay is a good throwback to the strategic grid-based gameplay Final Fantasy Tactics is known for. I kind of understand why the original version of the game, For Whom the Alchemist Exists, is a hit in Japan. The story, though, leaves a lot to be desired.

The narrative feels a bit too forced with a lot less to show for. I can’t help but compare The Alchemist Code with FFT. Tactic’s story telling worked because you saw, even in the limited way it could show at the time, howthe story was unfolding; with The Alchemist Code, you get still animations with scrolling text. I couldn’t get into the story no matter how much I tried and forced myself. I feel that if Gumi really wanted people to get into the narrative, they should’ve done more.

Despite the weak narrative style, The Alchemist Code is a beautiful game both visually and audibly. You can really see how the animation and music are masterpieces on their own, courtesy of Shoji Kawamori and Yoko Shimomura. So at least if you don’t find the story too engaging, it’s a consolation that you’re seeing and hearing something beautiful in a mobile game.

The Alchemist Code is a game that I never thought I really wanted to play in a mobile game. I actually didn’t think that a Final Fantasy Tactics style game would be viable for the mobile phone. I’m glad that I was wrong. If you’re looking for a solid strategy game that tickles your Final Fantasy Tactics nostalgia, The Alchemist Code is the game for you.