Twitch Streamers May Soon Be Able to Pay to Boost Streams 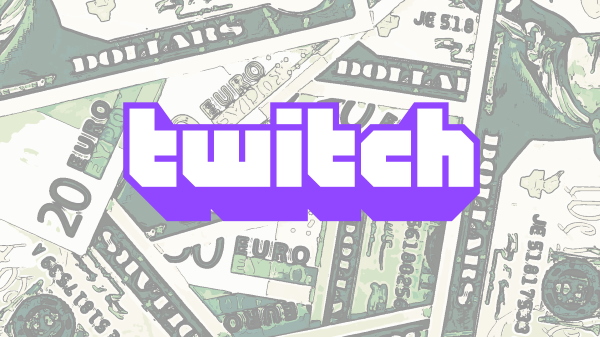 Twitch made a controversial announcement the other day about a new “boost” feature that it intends to test. This feature seems on the surface to be a solution to issues involving unfairness on the platform. But in actuality, it will probably only transform those issues so that they affect users in different ways since the boost would be a paid feature. Let’s find out more about this proposed feature to pay to boost streams on Twitch.

Here’s how the feature would work. If a streamer pays to boost their channel, they are paying for a certain number of recommendations. These recommendations will increase the overall discoverability of their channel. Hypothetically, that could translate to an increase in viewers and followers. It is not, however, a direct purchase of either. Followers would also have the option of purchasing a boost for their favorite channels as well.

Why is Twitch Thinking of Implementing This Feature?

There are two potential reasons why Twitch might think about putting a feature like this into effect. The first is to try and “solve” an existing problem. The second is money, pure and simple.

What is that existing problem? Visibility, of course. If you start a channel on Twitch, you are relying in large part on the algorithms of the platform to help potential audience members discover you. But those algorithms are pretty opaque, and a lot of channels just stay buried forever. In theory, being able to pay for a boost would help a streamer with a small channel to circumnavigate this issue.

But there are two problems with that, as we will discuss below. And indeed, those problems are so severe that we think the only reason Twitch could really be thinking about doing this is just to make more money.

Will This Feature Make Things Better or Worse?

Undoubtedly, this feature would just make things worse. Instead of having to lean on confusing and unreliable algorithms for visibility, users would need to rely on their wallets. That means that the new system would simply advantage those who already have lots of money to spend, and disadvantage anyone who is trying to build a channel on a small budget or no budget. In other words, it is, as many have critics have pointed out, “pay to win.”

Nobody likes “pay to win” systems in video games, and nobody likes them in real life either — at least not anyone who isn’t already loaded with cash. Many people get into streaming not because they have money, but because they need money. They are looking for a way to build a string of revenue starting out on a shoestring budget.

We should also point out that implementing a boost feature would in no way address any of the underlying problems with the algorithms. Instead, they will simply distract from those issues by creating new problems.

This seems to suggest to us that Twitch is not really interested in fixing its problems and in making its platform more fair by rolling out a potential feature to pay to boost streams. It is likely just concerned with creating a veneer of fairness while cashing in on new revenue streams.

Where Else Can Streamers Go?

If you want to stream games like Call of Duty: Warzone, Valorant, or Minecraft, you may not like the idea of sticking around on Twitch. After all, as hard as it has been to find success on Twitch as it is, it may soon be about to get a whole lot harder. This may leave you wondering, “Is there somewhere else I can go to stream?”

Alternate platforms do exist, and we can expect them to crop up in increasingly large amounts. In fact, there is a home for streamers that is well worth a look. A site like this is smaller, so you are up against less direct competition when you start your channel. You may also look forward to better support and a more tight-knit community.

All of this raises a lot of questions about the future. Will Twitch continue to dominate along with a few other big sites? Or will we see a growing landscape of niche streaming platforms? Will streamers put up with features like pay to win, or will they go elsewhere in search of more fairness and transparency?

Actually, streamers have been departing from Twitch in droves lately, as reported here by The Washington Post. Basically, Twitch just is not paying as well as it did in the past. As a result, big name streamers have had to head elsewhere in order to keep earning the same amount of money for the same amount of hours. Plus, streamers used to be able to get competitive contracts with Twitch. But Twitch is no longer willing to extend those same deals, and there are now better deals elsewhere.

Twitch has other problems as well. For example, this year, users have been having a hard time dealing with hate raids. Twitch is finally taking some steps that should help to prevent these. But a lot of users feel like it is too little too late.

We think Twitch will likely remain one of the biggest platforms in streaming for now. But with the drop in popularity of Twitch among streamers, we do expect to see other platforms rise to more prominence.