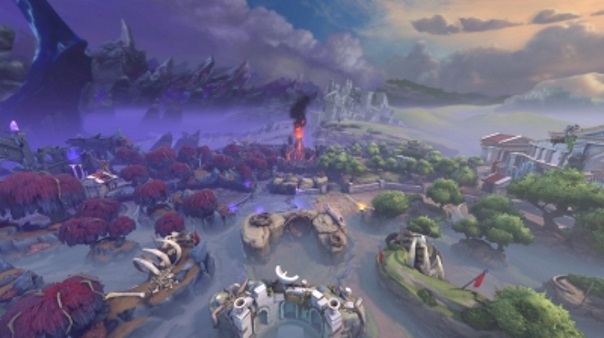 Not a lot of news this week, unfortunately. But, there’s been a lot of time spent in the PTS, specifically in the new Conquest Map. So I do have some thoughts about that. Since I don’t have the time for a more detailed piece on Moji, perhaps some brief thoughts about her after that, yeah? The next stop is a deck for Hand of the Gods, one I’ve been throwing around to do exactly what I said, to get myself out of that funk of only playing what I know and “enjoy”.  I know I’ve said “this one will be brief” a few times in the past, but this time I mostly mean it.

Wow, I’ve talked about Season 5 a lot lately. But it’s such a massive change in how the game is approached for its primary mode (Conquest). This is the biggest change to the game ever in SMITE, as far as I’m aware. This season, if it stays on course, will see me playing even more Conquest than I did in seasons past. For example, the last two seasons, I played ranked, got my skin, and basically stopped. There was no joy, no enjoyment, only frustration and disappointment for most of my matches. But, I do feel like I’ve grown as a player. Maybe not better, but more aware of the game around me. But what sucked about Seasons 1-4 Conquest the most? What made them an unenjoyable pile of sadness and hurt feelings? Games going on for 50+ minutes. I have stuff to do in my day, like work, cook dinner, help people. Rest, eat, maybe work out. The point is, I don’t have time to play four or five-hour-long games a day. But in ranked, that wasn’t really an issue. The issue in the online ranked matches is that it snowballed wildly out of control. So instead of a 50-minute match that could go either way if a mistake is made. Instead, the matches were decided within the first five minutes. I enjoy not having to split exp for every single lane, simply to stay relevant. Such a nice change of pace. 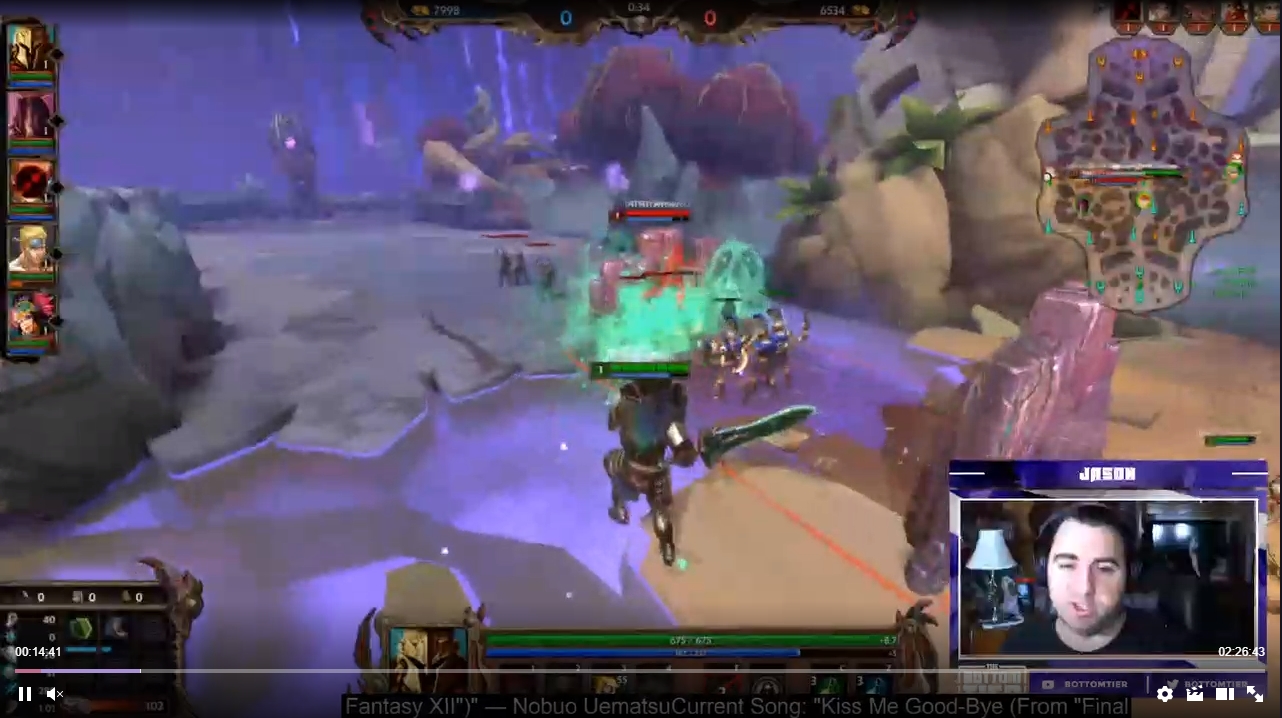 I might find myself in Conquest more, at this rate.

So someone would spiral out of control, get four or five kills, and then the match was over. People give up, and then the match is over. People will be level 15+ way too fast, and then matches are over. I got so tired of watching one player 1v4, 1v5 people and it stopped being fun. But that seems to have changed in Conquest for S5. The way exp/gold spooling works has changed in drastic ways. So, the way I understand it is that the gold spooling, the amount of gold received has gone up so that players will receive their full build faster than they did in previous seasons. However, the EXP has slowed down, so that the leveling slows down. But the games still wind up faster. Personally? I like 20-30 minute games in Conquest at the most. I enjoy watching professional/SPL matches that are longer because they’re al highly competitive. But actually doing it in my downtime? Yeah, that’s a hard pass. I guess some people don’t agree, but I sincerely like being able to play the game, with a reasonable amount of time and then move on to my next match.

I’ve already given a guided tour of the Conquest Map though, so we’ll pass on that. I am still, like everyone, learning where to go and what to do in this exciting new world. I’ve noticed something important though: The jungle … gets to jungle now. The support… gets to support! It’s remarkable! One of the things most junglers I’ve spoken to hated was having to leave the jungle, return to the solo lane, get some exp off their wave, and then get back to the jungle. Missing a wave put them behind. Missing several spelled disaster. And Guardians were being forced to go mid (despite pros desperately pleading with us not to) to “help” the mage. Hunters needed to solo, hog all their exp, and just push for the whole game. What about that spells fun to you? Answer: Nothing. The occasional boxing match in the Hunter lane, but other than that, it’s farming simulator 2017.  The rotations are different, the camps are in new places and do new things. Towers are weaker (but should probably hit harder, imo). There are crazy, insane, absurd items right now! Gauntlet of Thebes? Oh dear. It’s gonna get nerfed next patch, mark my words. It went from being “Meh, I guess I’ll build it” to “BOOTS? TOO BUSY BUYING GLOVES”.So this whole major change to the Conquest scene is one I sincerely am excited for. Will we stream it? Who knows! Only the Shadow knows. The game is changing, and it feels brand new again. Even for someone like me, who came in late Season 2, and missed so much, it still feels like a wonderful new experience. I have so much to learn, and I cannot wait to do it.

Anyone who has followed me for any length of time knows one important thing: I can’t flank/jungle. No matter how hard I’ve tried, I just have always failed remarkably at it. But this could be my year. I plan on practicing things I’m not good at, at least off the stream so I don’t feel discouraged by failures. But Moji could definitely be just easy enough for me to play. Moji is an adorable flanker, who rides around on a twin-headed lizard. Every bit of it is adorable and sweet and has an air of the “Buu eat you up!” with her ultimate. After all, turns a player into a delicious treat, and eating them is an automatic execute. It’s in the same vein as Drogoz, in that it takes them from 100-0 in one hit. There’s a fair amount of that going on in Paladins right now, more than I really thought. Lex executes people under 65%, Moji has an execute, Drogoz is a walking execute with his ultimate. Sure, it’s not half the cast or anything, but these ultimates with crazy executes is something that is sort of frustrating to deal with. Hell, even my main, Torvald, can kind of do that by knocking people off the map. 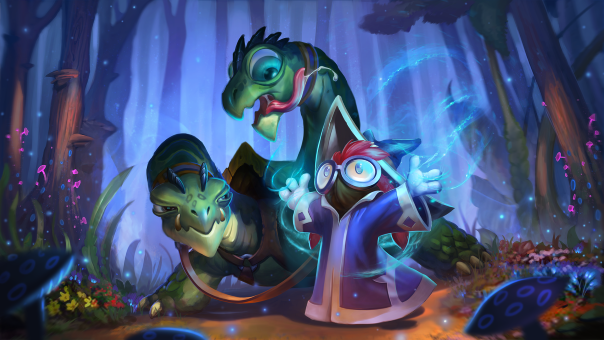 MOJI EAT YOU UP!!

But Moji’s kit is nice and easy. Best thing about her? She doesn’t have to reload ever. Her LMB and RMB have no mana cost, and can just be held down. Sure, she’ll be a little slower on the movement front while they’re blasting, but most Flanks seem to get the mobility Yellow anyway. She has two powerful damage hits to go with her Magical Mark passive, a shield, a dash, and an execute. Moji’s pretty damn powerful. Not unstoppable, by any amount, but she’s definitely a different kind of flank. She’s big, does not feel all that mobile, but when she shows up, she’s ready to dunk. Despite how “simple” she might appear, she looks like she will be a lot of fun though. I do however love that her ultimate prevents “ability-based revival”, so Terminus can’t ult and come back. But that makes me think his ability-based revival won’t be unique, eventually. But in a game that is constantly creating new characters, there will inevitably be overlap. That’s fine though! As long as the entire kit isn’t the same, I have few issues. I’ve only had the time to play her a few times, so no detailed guides yet. But one should be on the way next week.

So, the first god I wanted to take a look at in Hand of the Gods, is someone I seldom play. I wound up picking Zeus. I don’t even have a good reason why I don’t play Zeus. His gameplay is midrange, which I don’t mind, but it’s very reliant on having gods on the board. More gods = more winning. So, I put together a deck with some of my favorite gods. Well, at first it was my favorites (Ares, Athena, Enyo), but then I decided I needed some salt. Some serious salt. So I added Poseidon, Thanatos, Arachne. I also really enjoy (from playing it, not being on the receiving end) of having Poseidon with a new ability. Now he adds a random god to his hand for each unit on the row he’s in that is returned to the opponents hand. And now The Kraken! is its own card, and still lets Zeus spam Krakens every turn if he pleases (and he will). Zeus’ original ability is very good, in that it gives a friendly god +1/+1, which is the crux of the old-style Zeus deck, buffing Apollo and just poking away at the Summoning Stone, I like this style of bombarding the board with gods instead.  So this is something I’m tinkering with: 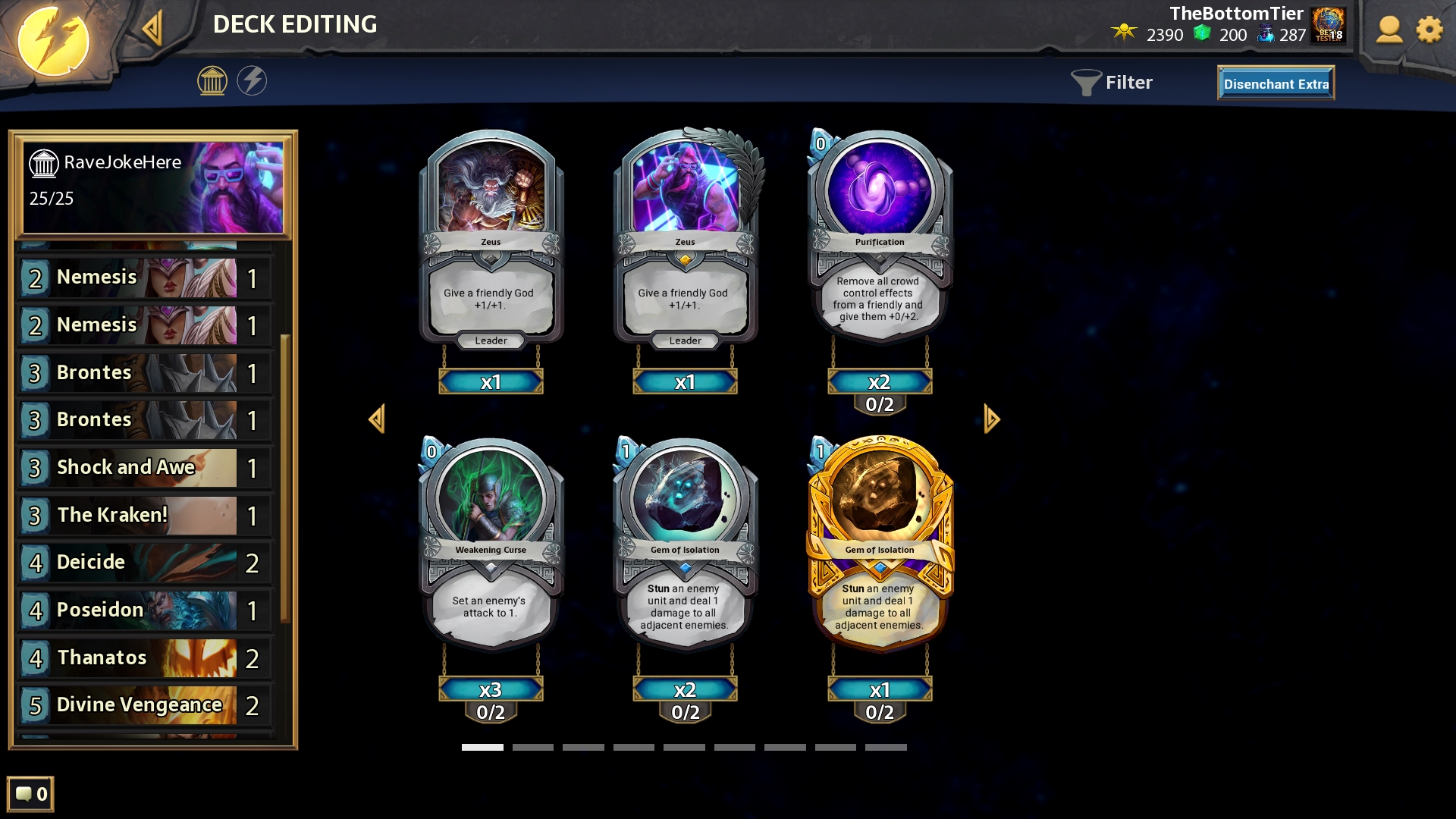 Everyone is invited to this rave.

The downside to this deck is pretty clear to me. If I get bad draws, all those expensive gods (Poseidon and up) in the first couple of turns, I’m going to have a bad time. You absolutely need those early Arachne, Nemesis, Brontes,  and you need them fast. If you get put into a position where the other player can just pick off your gods as soon as they hit the field, you’re stuck waiting for a late-game Deicide or something like that (and that’s even suggesting they don’t have gods on the field too). It’s a strong mid-game deck though, and if you can overwhelm your opponent early and make them deal with all of those frustrating god abilities, and spam Kraken every turn? You’ll make them dance to your beat.