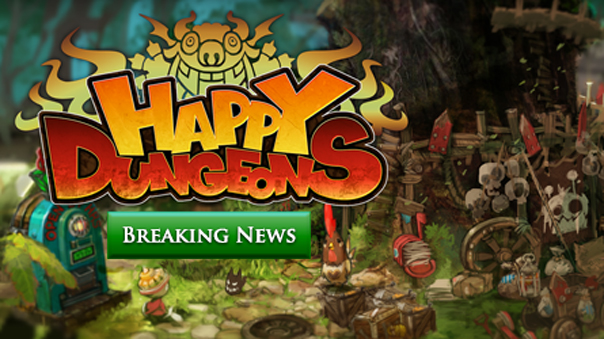 Sometimes, I have to drive into the Big City of San Francisco to conduct an interview with an international developer – this time, it was ToyLogic. Parking is always a nightmare. In this case, it wasn’t as bad as it could have been. The hotel lobby was nice, too, and had complimentary lemon water. I arrived too early and ended up playing chess with myself for twenty minutes. Then I went upstairs. I was greeted by a charming woman and two men – one man spoke only Japanese, and he was the lead developer, as far as I could tell. The other translated. I was invited to sit, and I did. It’s fun to go into these things blind. All I knew was that the game was called Happy Dungeons. The rest was a mystery.

Apparently, Happy Dungeons is a sequel to a game called Happy Wars, which took place in the sky. Happy Dungeons is the direct result of characters falling from the clouds in Happy Wars, where they now have adventures on the surface. The whole game is purposefully absurd, cartoonish, and simple. According to the devs, Happy Wars was the first free-to-play game on Xbox One, and immensely successful. Happy Dungeons takes after it, with four player co-op, hack n’ slash online combat and goofy visuals; it’s easy to see how it could be such a hit. Pick-up-and-play is a big deal these days, with more and more people having children and wanting games they can play as a family, or just needing to get a little action in between real-life obligations. 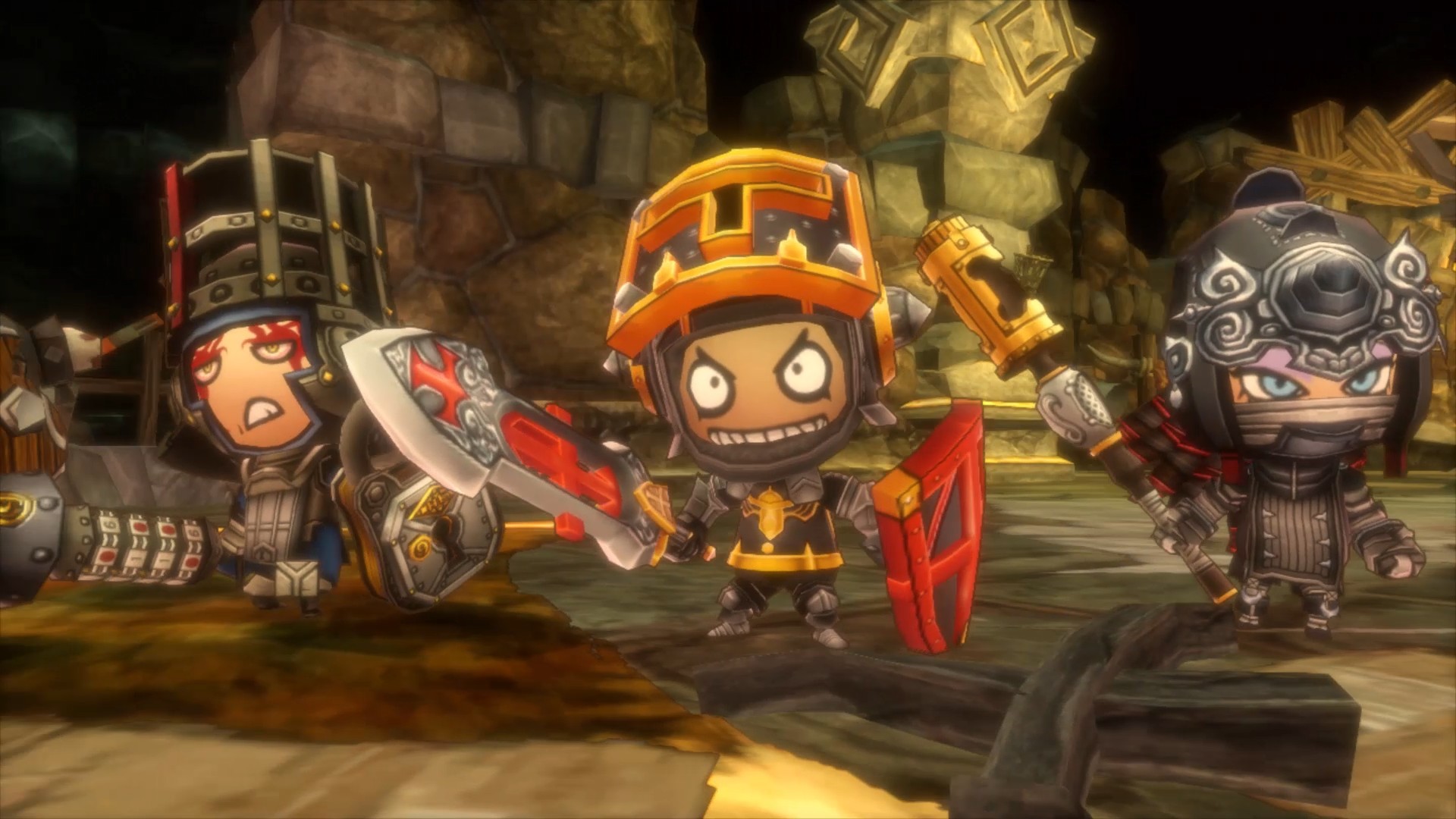 Pictured: The typical insanity that makes up a pack of gaming press.

Happy Dungeons has all of that. It’s straightforward – almost brazen, really, with just how inoffensive and approachable it is. Creating a character is surprisingly fun, what with the vast selection of bizarre eyes, mouths, etc. I was able to make a little girl with buck teeth and hollow sockets for eyes. She was a mage – I liked to think of her as some kind of revenant spirit unsettled by a trial, or something. I put too much thought into these things as a writer I suppose. The whole point of the game is to get through the levels, one at a time, beat the crap out of everything, dodge traps, blow up elemental barrels, and reach a boss, then beat the crap out of him or her, too. The first boss I saw was a muscle-bound ogre/minotaur thing that could not shut up about his muscles. It got a smile out of me. 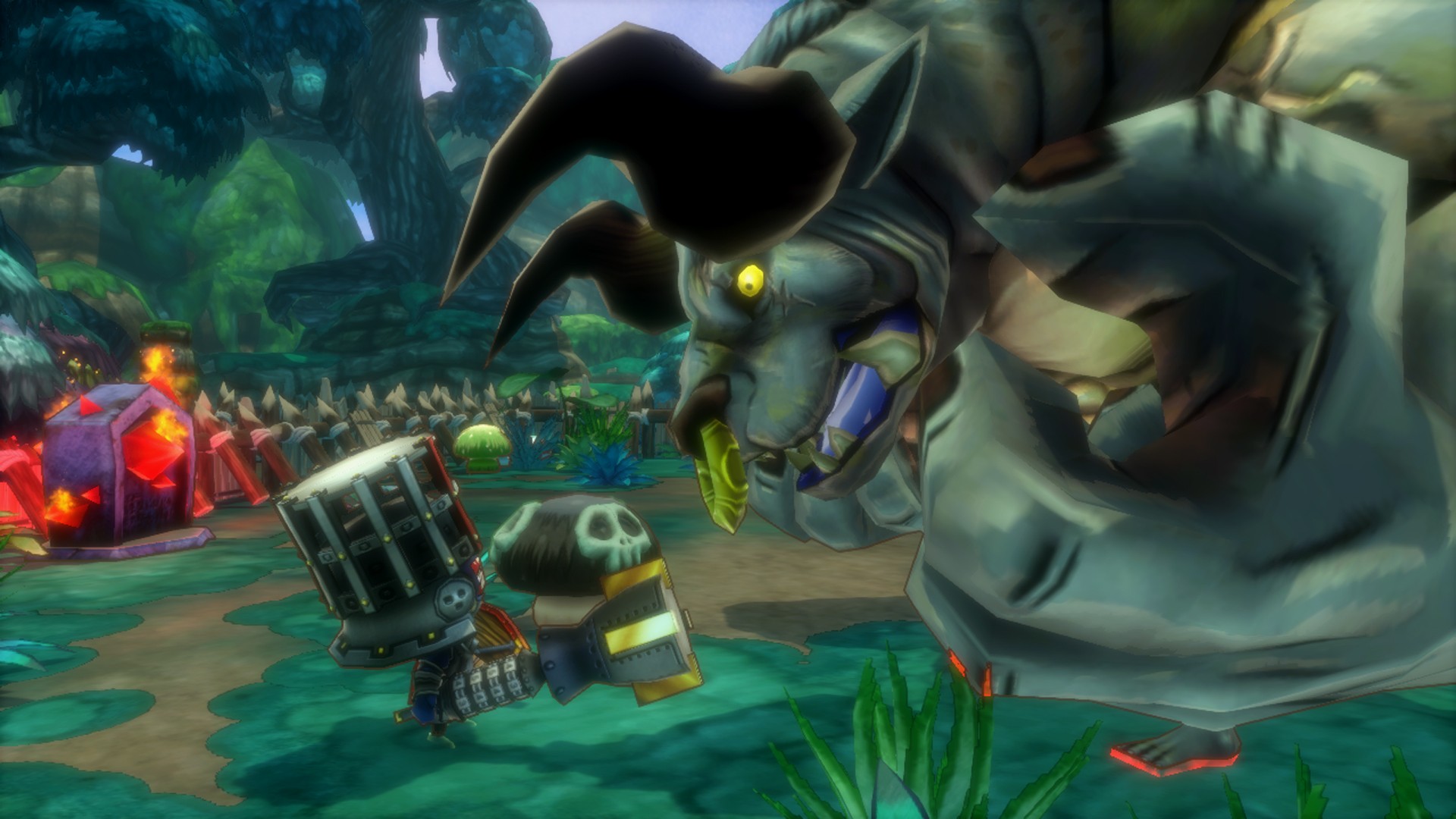 Sometimes it's nice to see a game not take itself so seriously.

Every player gets to have three minions, for a total of twelve with a full party going. These minions can be different classes, and accomplish a variety of feats in combat. Player classes are warrior, cleric, and mage, with that being of course the holy trinity of tank, support, and DPS – though the depth of abilities and customizations goes far beyond those three simple choices.

The enemies range from goblins, to bandits, to aliens(?) and the levels can be anything from a battlefield full of cover and explosions to a dungeon filled with buzzsaws. There are also ballista turrets that can be manned, and the fights in general just tend to be massive, confusing clusterducks that I personally found difficult to make sense of, especially in the four-player split screen mode. I imagine it’s much easier playing with others online, rather than locally, though having the option for split-screen is really nice for those of us with local friends. 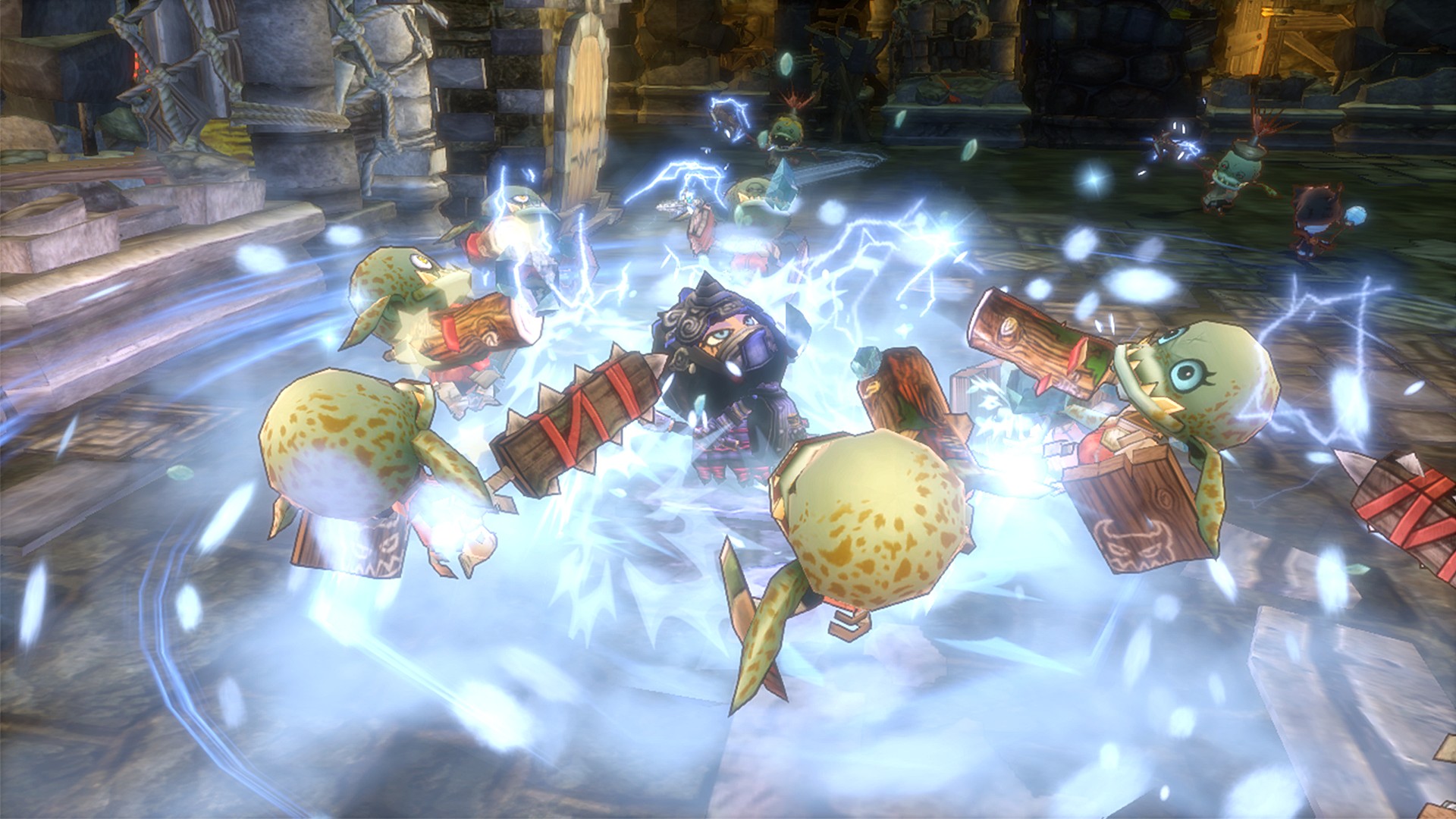 This game takes combat expressions to new heights. If you don't find fun in it, you're dead inside.

The positional damaging mechanics were enjoyable. If you’re seeing blue numbers that means you’re doing less damage due to the enemy blocking. If you see red, keep mashing that button, because you’re flanking them properly. If it’s white, you’re scoring clean, but not ideal hits. The combat looks simple and chaotic at a glance, but it’s complicated and very focused on movement and positioning when you start to take it apart. I enjoyed it.

The game difficulty is potentially tremendous. It has four settings – human, hero, death, and insane. We played on hero, and it was a breeze. But with four players, the enemies change. They don’t just get passive buffs to their numbers, they guard more, they flank more, and they use different abilities and generally try to be more strategic. It makes coordinating with your friends a requirement, which might not be so great if you and your friends are terrible at communication. 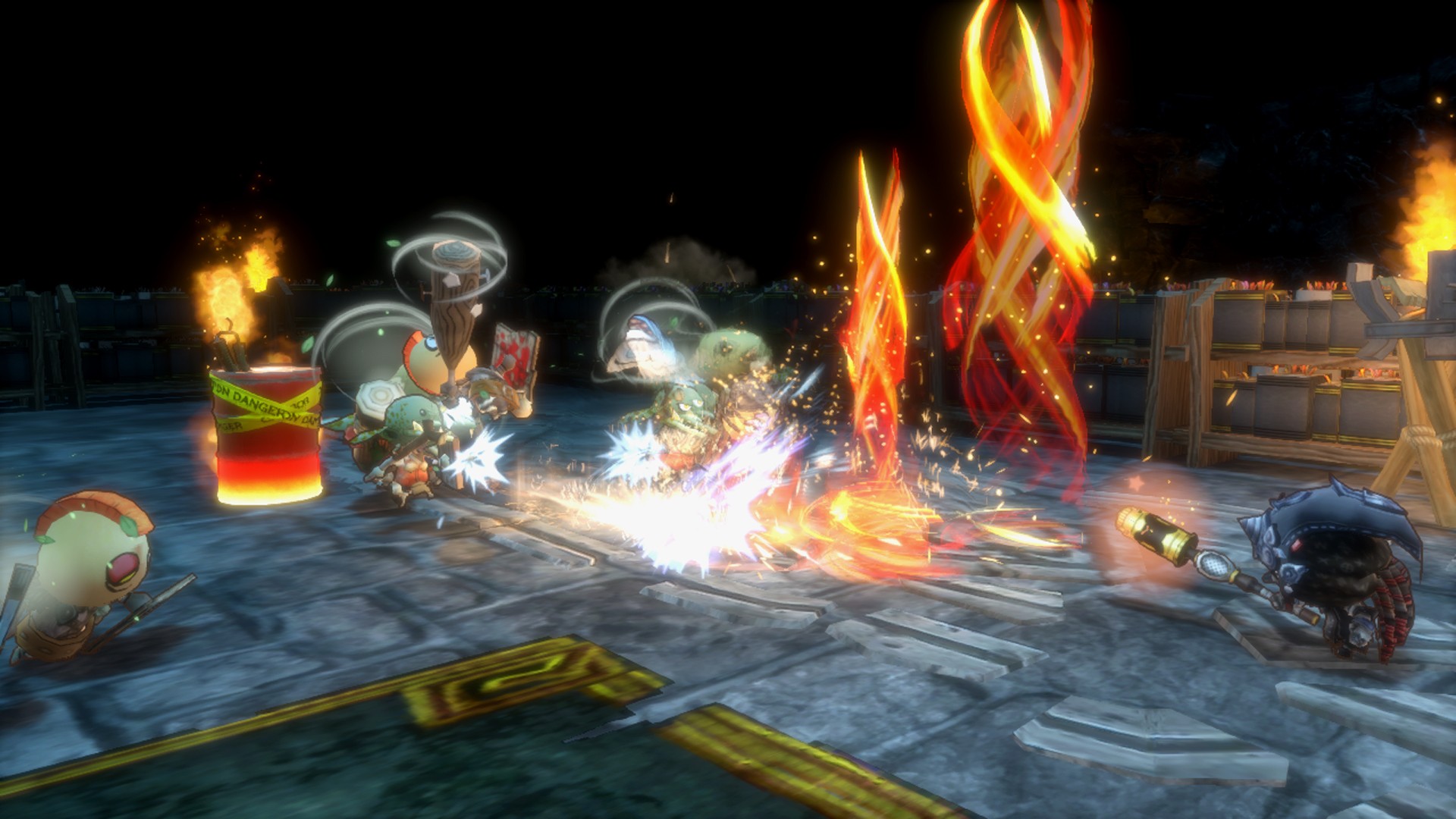 The visuals speak volumes about what you're in for in Happy Dungeons.

So they’re planning on releasing a preview of the game on the 3rd of August. People who get in and contribute during that time will be able to get item packs only available during the preview – people arriving late to the party after key updates in fall will be missing out. And toward the end of 2016, the full game should be available on Xbox One. Check it out, if you’re looking for a laid back, good time with goofy cartoon characters. You just might like it.