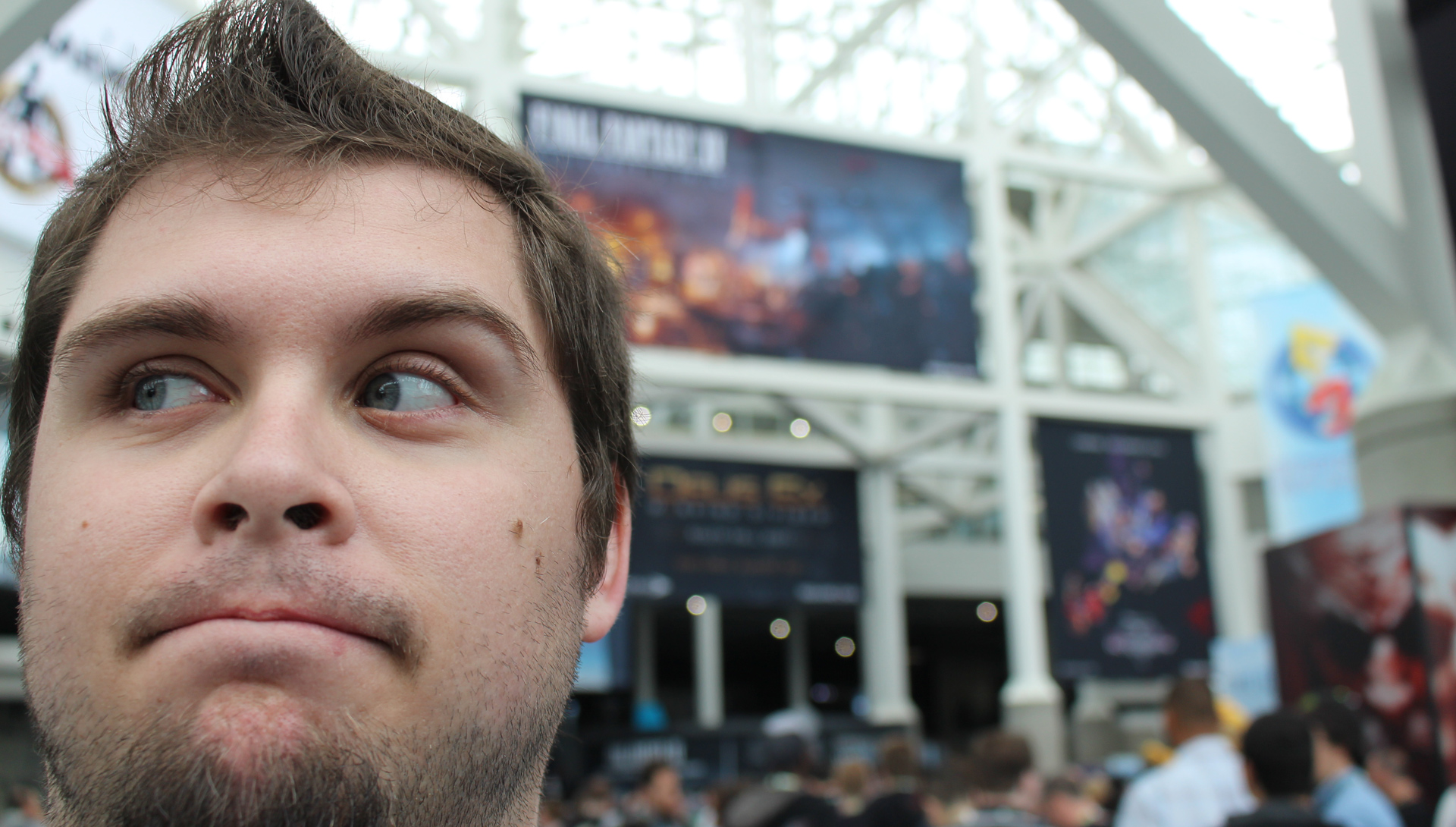 Any fan of the modern twists and turns in the Civilization franchise would find concealing their inner schoolgirl squeee difficult as Peter Murray took center stage to kick off one of the most well put together teaser demos of an upcoming new entry to the timeless series. What a treat it was. In twelve short minutes our standing room only private presentation witnessed the birth of the Chinese civilization (in Xi’an, not Beijing!) as it marched at a furious pace through the ages. Essentially highlights of a fully played game, spotlighting the key new features as they arrived.

The builder was unleashed to kick things off, showcasing the new system for builders with limited uses. The builder quickly rushed around forging farms including an appropriate rice farm, a staple for any culturally appropriate Chinese game, before springing the next reveal upon us. The quarry triggered the much discussed new defining mechanic of Civilization VI, tech progress boosts. With the quarry connected to the capital, China was now ready to research rock crafting styled techs at a much faster pace.

This mechanic sprang up again as a second city was founded by the seaside, and again shortly after as scouts of the mighty Theodore Roosevelt road into town – triggering boosts to seafaring and writing techs. Love or hate the new Civ MMO style visuals, the leader animations in Civilization VI, even at this early stage, are by far the best in the series. Personalities spring to life with the emotional vibrance of the early games in the series, now blessed with modern graphical power. Though only Roosevelt’s threateningly jolly big stick personality and Hatshepsut’s triggered war stance were on display, its a sign of greatness to come. An interesting note at even this early stage of the game, basic diplomatic deals like trading gold were available, along with the mirror options of declaring friendship or denouncing enemies. We also witnessed the more streamlined interconnectivity of a civilization with the trader unit. Though not clear if it was built from China’s second city or simply sprung to life by the blessing of RNGesus , the trader forged the early beginnings of the silk road as it traveled back to the homeland of Xi’an.

The district system was on display encampments used as the example. The city encampment created at China’s second city offered a large array of specialized add-on buildings associated with all things military. And just in time too, as the first set of spearmen emerged in time to fend off encroaching barbarian warriors. Following the recent style, the barbarian encampment sent in a steady stream of units until Chinese horsemen were ready to surround and decimate the camp for the expected 50 gold reward. Again the visuals impressed as these early period horsemen weren’t your typical Native American styled mounted spearmen but rather Chinese armor adorned palace guards in nature. Matching the basic oriental style of their buildings, they truly stood out from their American wilderness settlers to the east. The same can be said for the archers and spearmen, with archers looking like armed peasants and spearmen adorned with signature red garbs and bronze helms.

The construction of the Pyramids in a desert and Oracle wonders (woooo return of great people confirmed!) of course did not go unnoticed for long as the envious Cleopatra. The wonders are for Egyptians, damn it! And if she couldn’t build them, she would take them! Thankfully a late industrial era war was set in motion to showcase that pillaging is still in place. The rice farms of Xi’an turned the skies red with flame as rifle bearing cavalry raced across the countryside. Yet the Chinese had hit the Industrial era early, creating industrial parks to bolster productivity and capitalize on a science lead. Tanks answered back, literally blasting the Egyptian cavalry off their horses. Combined with bombardment tactics from Chinese World War II era ships and artillery, Cairo’s walls fell in a matter of turns, forcing her to settle for the asps over the wonders she craved.

Major fans of course will be excited to hear the Civilization V civic system seems to be getting an overhaul. While details are scarce and even more likely the pieces we saw in place were placeholders, the key frame consisted of four options: military, economic, diplomatic, and wildcard. While the three above are quite obvious, you might wonder what wildcard could be. From the placeholders we could tell it seemed related to either culture or religious techs, and most likely the developers just haven’t come up with a cool enough name for the civic as of yet. I’m pretty stoked for this system though as it seems to take the best parts of the Civilization V government system – personality cultivating gameplay bonuses – and offers greater flexibility by breaking down each element of your nation into something you can choose to meet your individual goals and challenges. 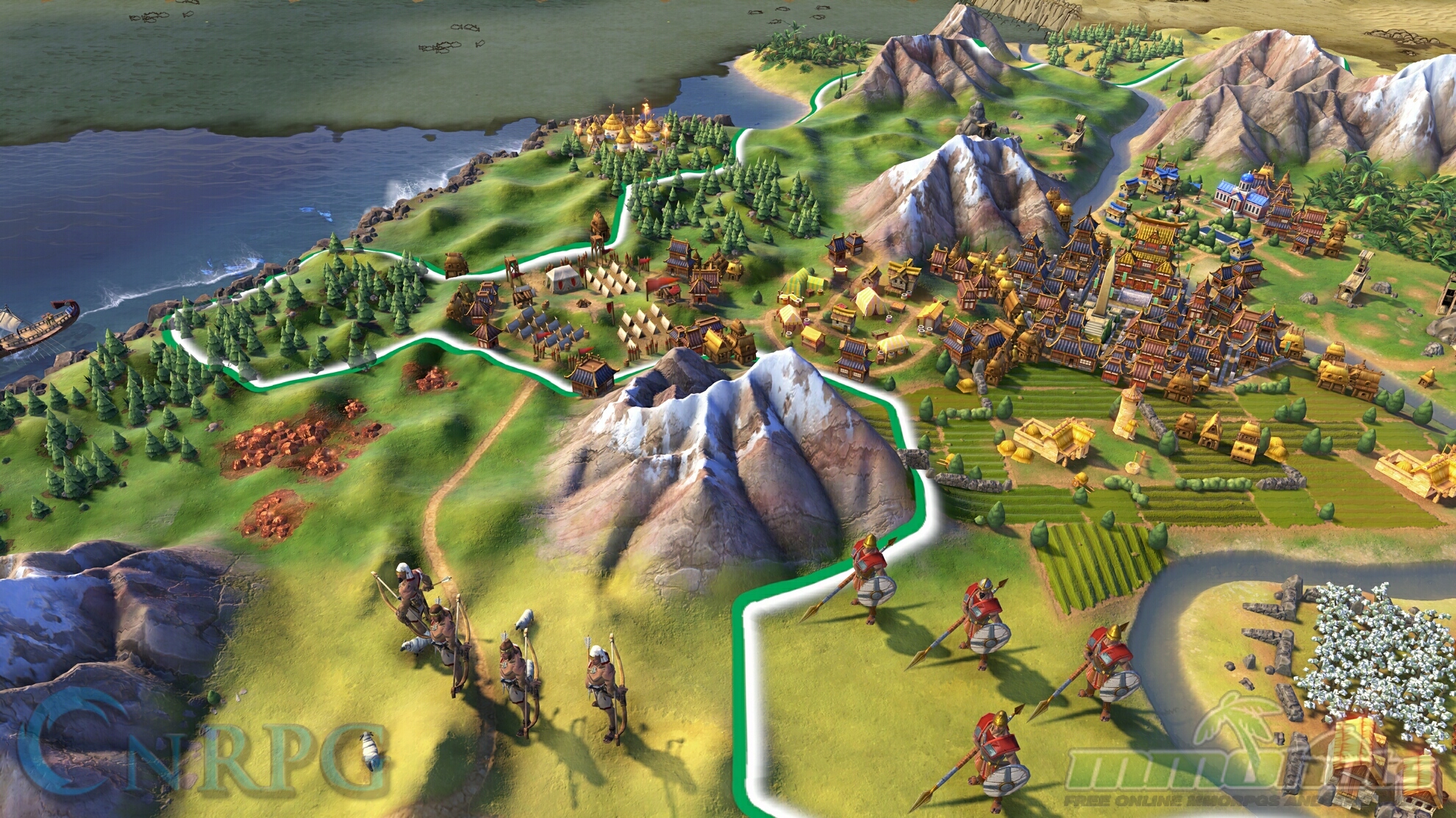 Another interesting note in these civics is that, as expected, revolutions are required to swap civics. However, should the will of the people sway, you can gain flip bonuses just like the tech boost system. Considering there was a fourth resource/turn present besides gold, science, and culture as well, you can imagine that part of your city management will revolve around unlocking more advanced government systems too.

Back to the districts system, we managed to see another late game culture based district for the first time. While tourism has been teased as being present in past teasers, we unfortunately didn’t get much new information to support said claims though. Needless to say if culture is getting its own district, you can imagine its importance is right up there with military and production. And on that note, we saw more brief glimpses of how surrounding tiles impact the effectiveness of these districts. For instance, the new culture/theatre district sucks in boons for being next to Great Wonders. Tiles beside those useless mountain tiles also seemed to suck in production bonuses, at last making the Tibetan mountain range a valuable addition to China.

While the match was obviously a bit doctored so we can take the numbers with a grain of salt, they likely show dev goals in some light. So it’s worth noting that the space shuttle launch (Victory Condition?) was initiated to close out the demo from a population 40 Xi’an space district.

Personal thoughts? The game looks nice but is certainly in an unfinished and rough state. With a pre-order program already initialized and launch date looming on October 21st, I worry we may be in for another rushed opening project to be patched and paid expanded over a course of years before we have a masterpiece on our hands. The all-too-trusting massive fanbase for Civilization will insure 2k can get away with it, so why wouldn’t they push for the early launch to grandslam their profit margin over the fence? After getting burned by the rockier than normal launch of Beyond Earth, I’ll certainly be taking a wait and see approach on the latest addition to the franchise. Great ideas don’t always translate to great gameplay after all. And if Civilization has taught us anything, you can’t rush wonders… not without slavery anyway.