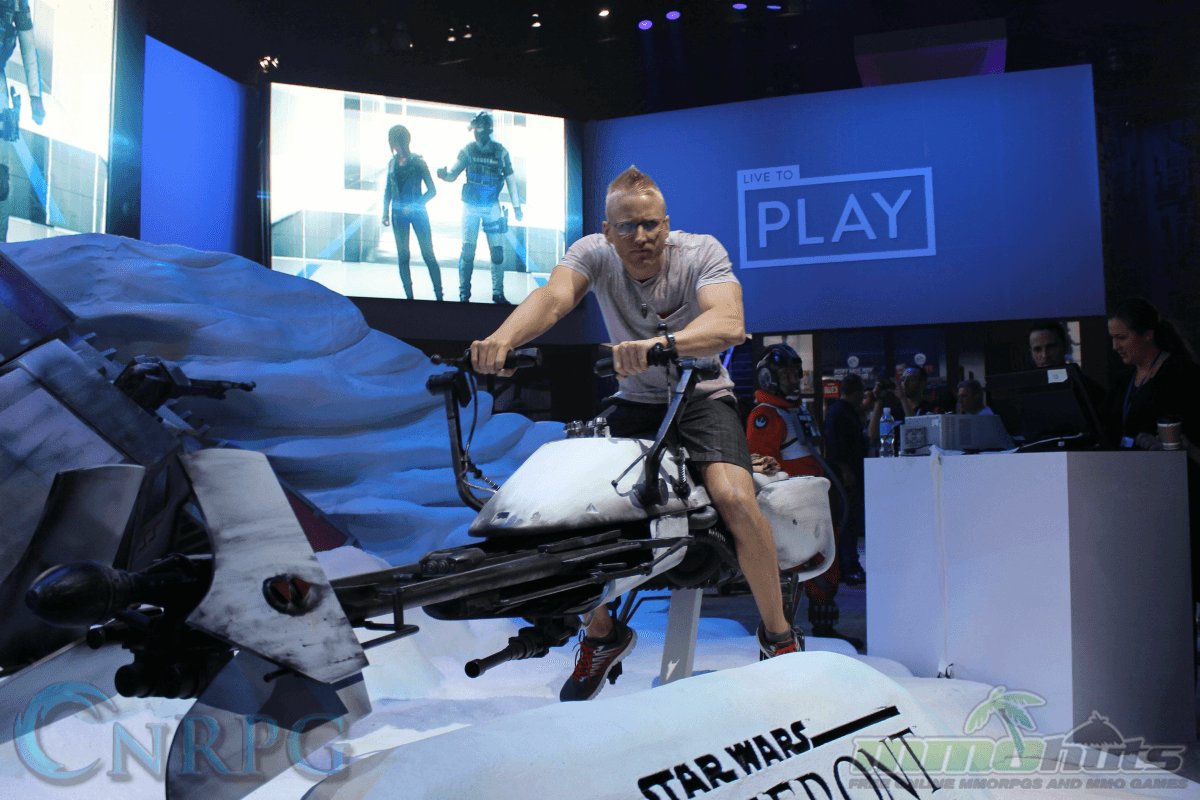 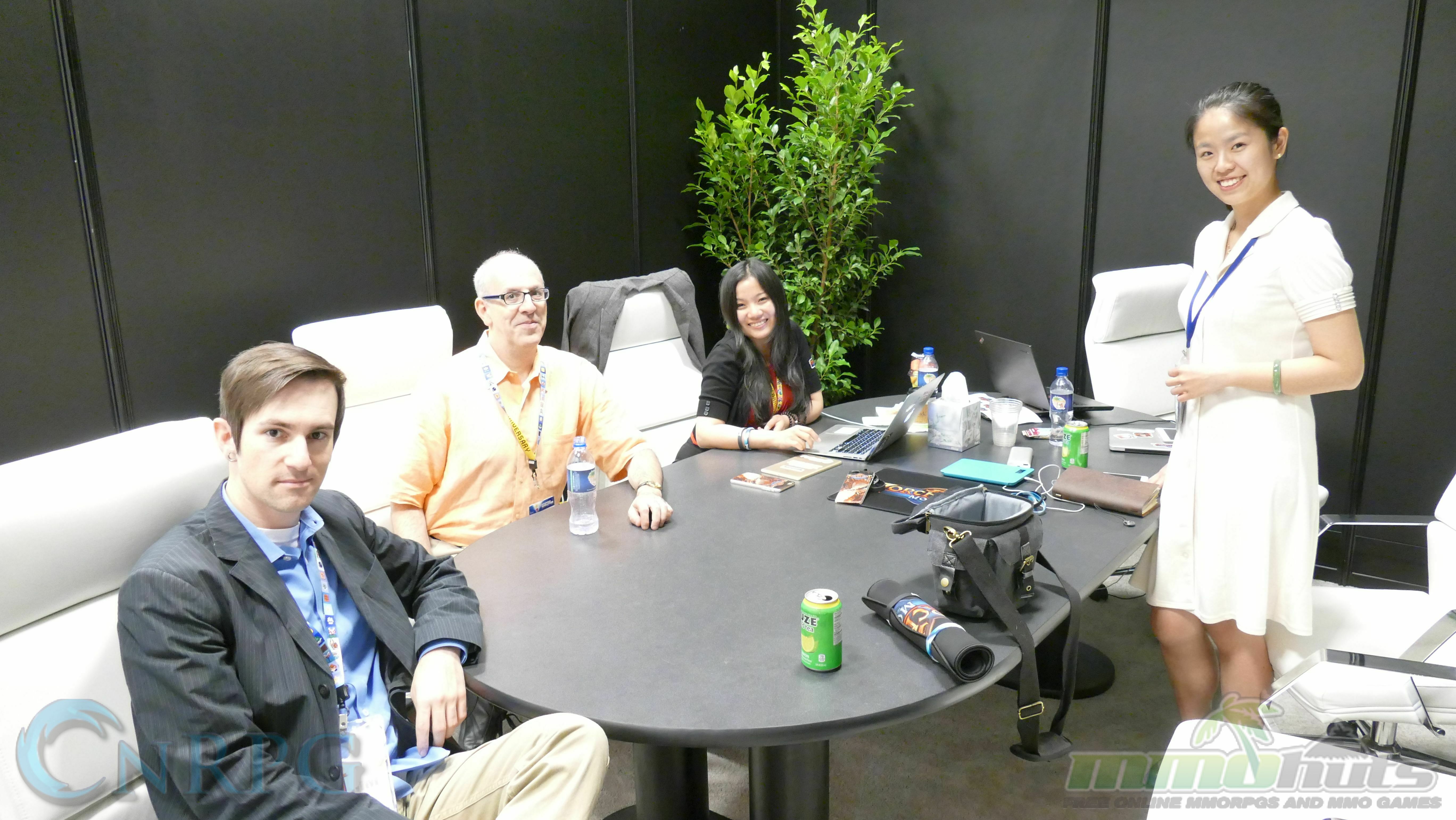 In the category of ‘Broadsided from left field’ comes the E3 reveal of Torchlight returning to form as a free to play mobile edition, featuring a brand new story and gameplay. 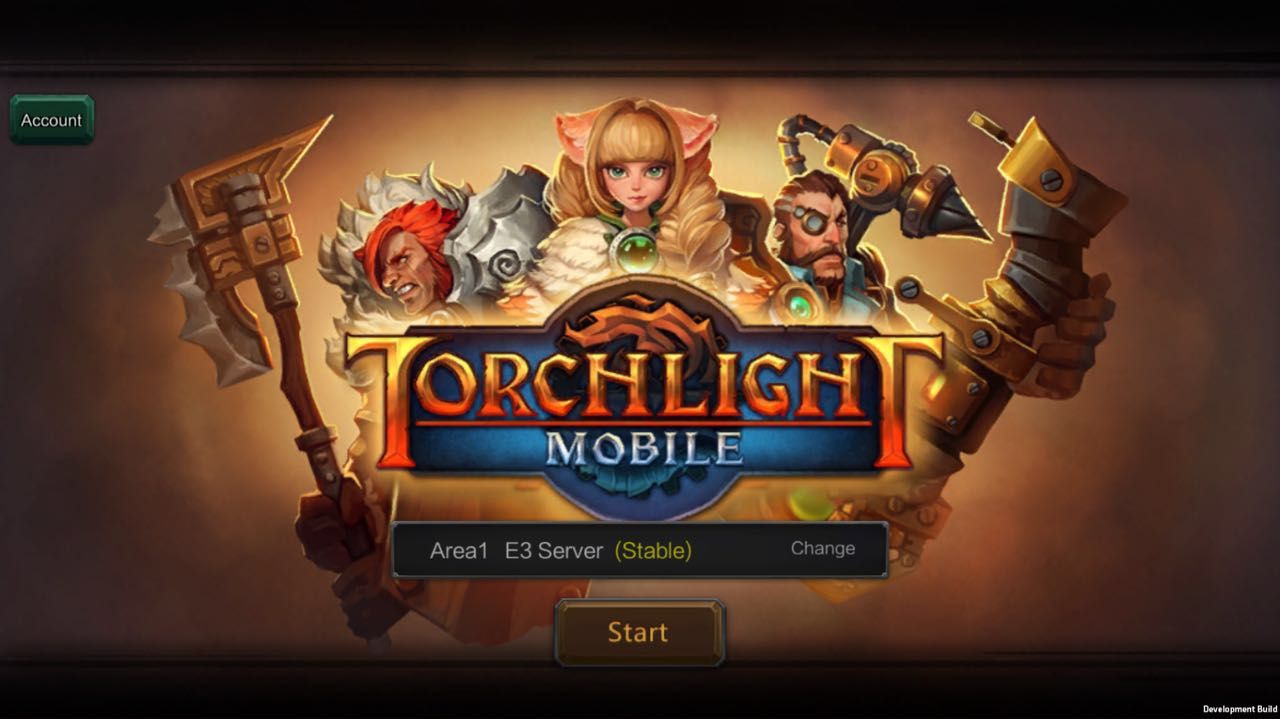 To get the first questions out of the way, this Torchlight seems to be developed at least in part by eastern studios, judging by the more Asian artstyle and class roster. To alleviate some fears, there was quite a few key members of the Runic Games team overseeing the meeting rooms at the show, so this is clearly a combined effort between Perfect World Entertainment’s new mobile subsidiary and Runic Games.

Besides being a brand new game rather than a port of the previously released games, the real reason to be hyped for Torchlight Mobile is the inclusion of real-time cooperation and even PvP arena battles between players connected online. While they’re still testing to find the right balance of performance, ping, and difficulty, it seems like their goal is to have loads of players available for interaction in the hub towns, and parties of up to three players that can tackle instanced dungeons. 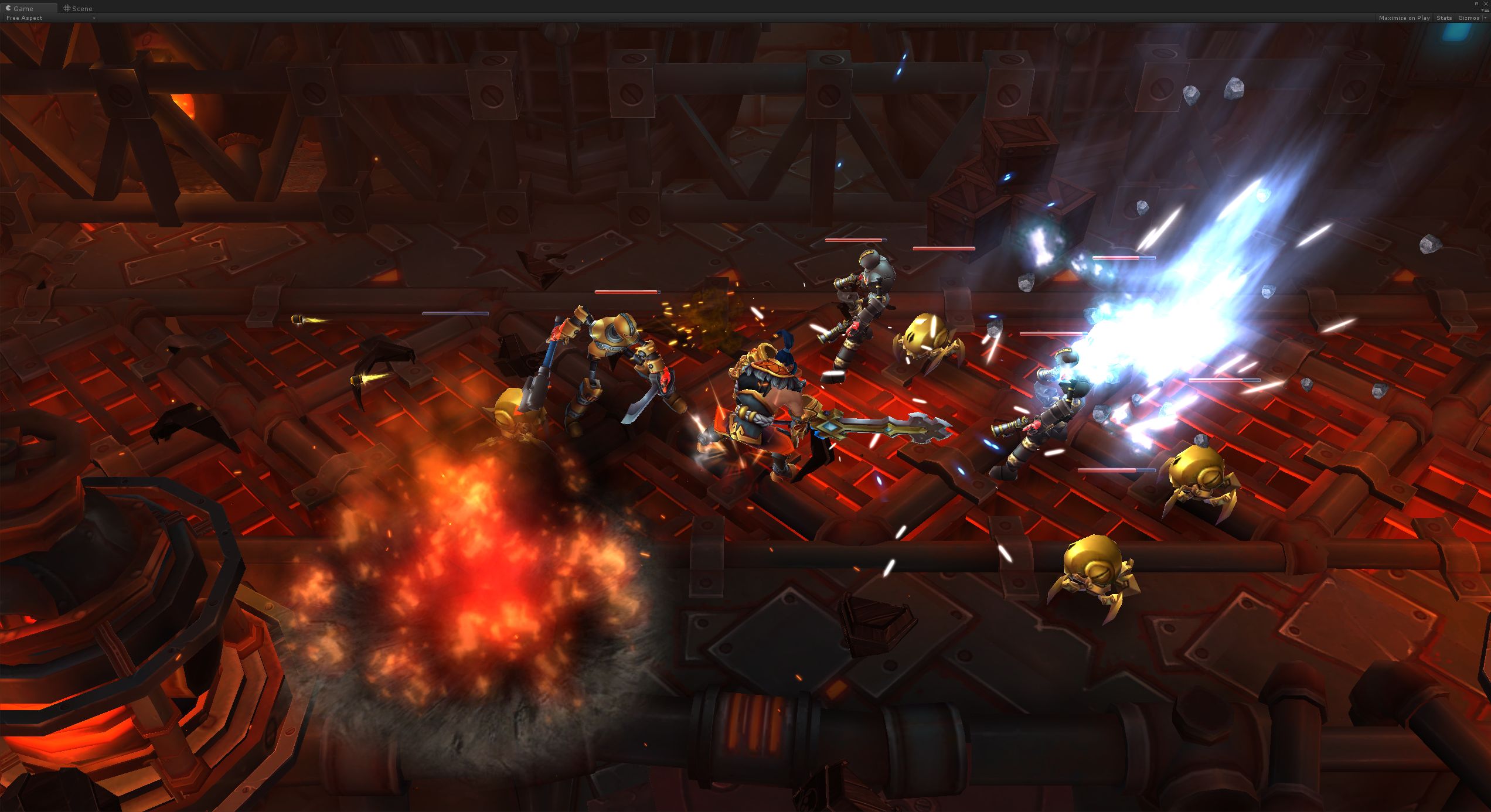 Following a more mobile model, dungeon running in Torchlight Mobile consists of tackling and clearing increasingly tough dungeon scenarios, filled with treasures, a variety of monsters, and culminating in a boss battle. Bonus mission scenarios are available ranging from collection quests, to kill x of y enemy, to complete the mission in a set period of time. For maximum loot rewards and three star rankings, players will need to complete as many sidequests as they can. Ranking systems seem to be in place as well for hardcore PvE min-maxers to show their chops on a national scale.

In terms of classes, we saw the return of the iconic Torchlight Engineer. Two newcomers are also joining the roster. The Kitsune offers long range blast spells, plus some solid stream crushing magical power at the cost of becoming a living turret. On the reverse side is the Emberblade, a melee magical class that sets his surroundings ablaze, while cutting down anything that dares go toe-to-toe with him. Character creation is still a work in progress, but the six default variants teased quite a number of options for tweaking your own unique look, as well as showcasing male and female options on each class. 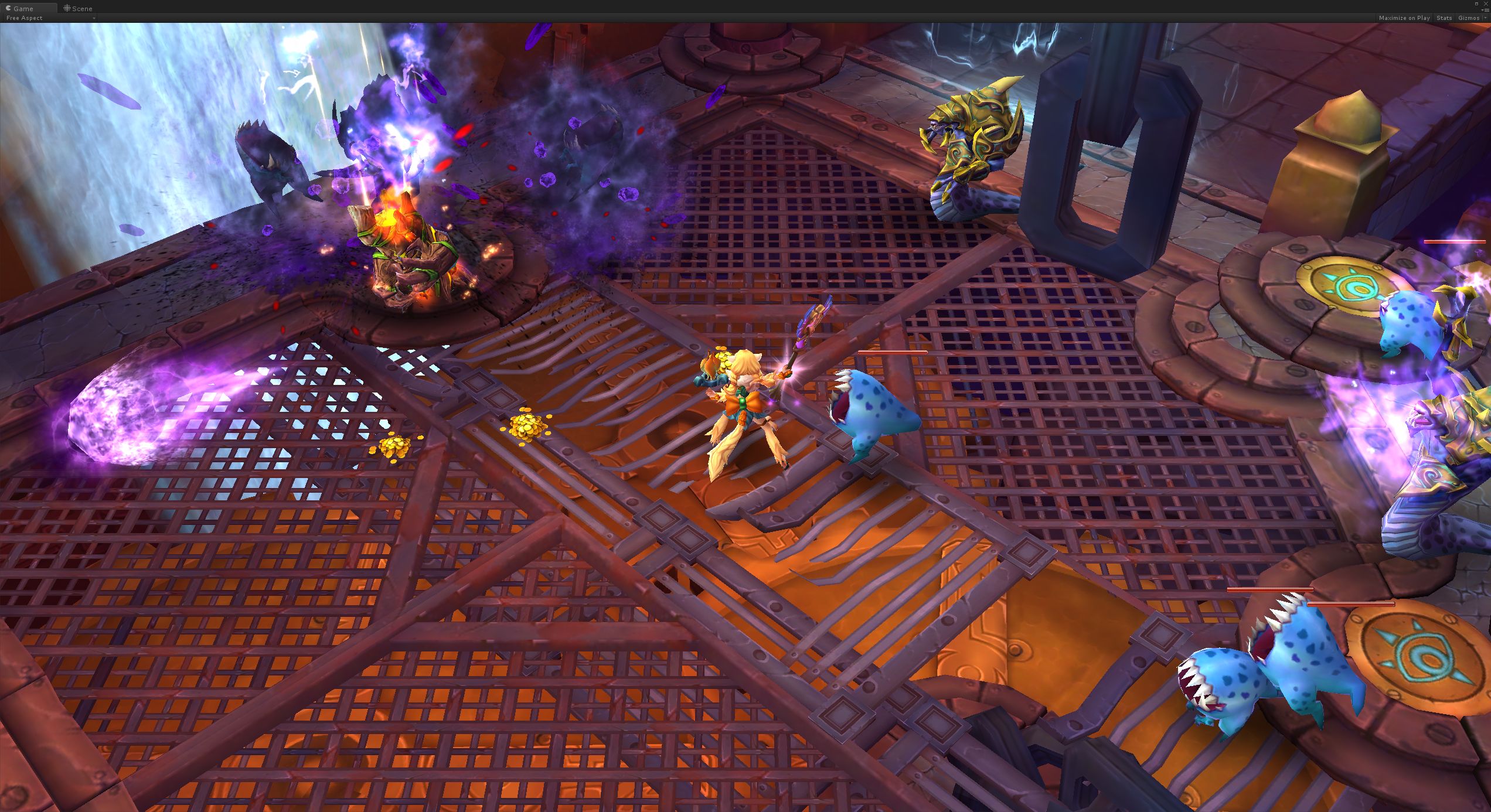 Though barely in a functioning state, the core concepts of the user interface were present. Rather than Torchlight’s PC optimized MMO skill bar, Torchlight utilizes the growing popularity of the touch controls with your skill bar arching across the bottom right corner, while a reactive thumb pad on the left offers your character movement. For the most part it seems like they took the Dawn of the Immortals mobile UI and tweaked its responsiveness. Players will have fewer skills accessible then they may be used to in other Torchlight games, but that doesn’t mean there isn’t a lack of choices to retrofit each character to your liking. I saw an average of ten skills on each class, that can be leveled for additional power so you can rush power into skills you find the most advantageous as you progress through the game. Though some skills of course must be unlocked by reaching certain levels.

Crafting and gear upgrading is also present, and Fedeen confirmed they are planning full MMO accessibility when it comes to trading goods on an open market with other players. Gear can be upgraded for maximum power, and there’s roughly thirteen-fifteen equipment slots that reflect your character’s appearance, if my photographic two day old memory is to be trusted. 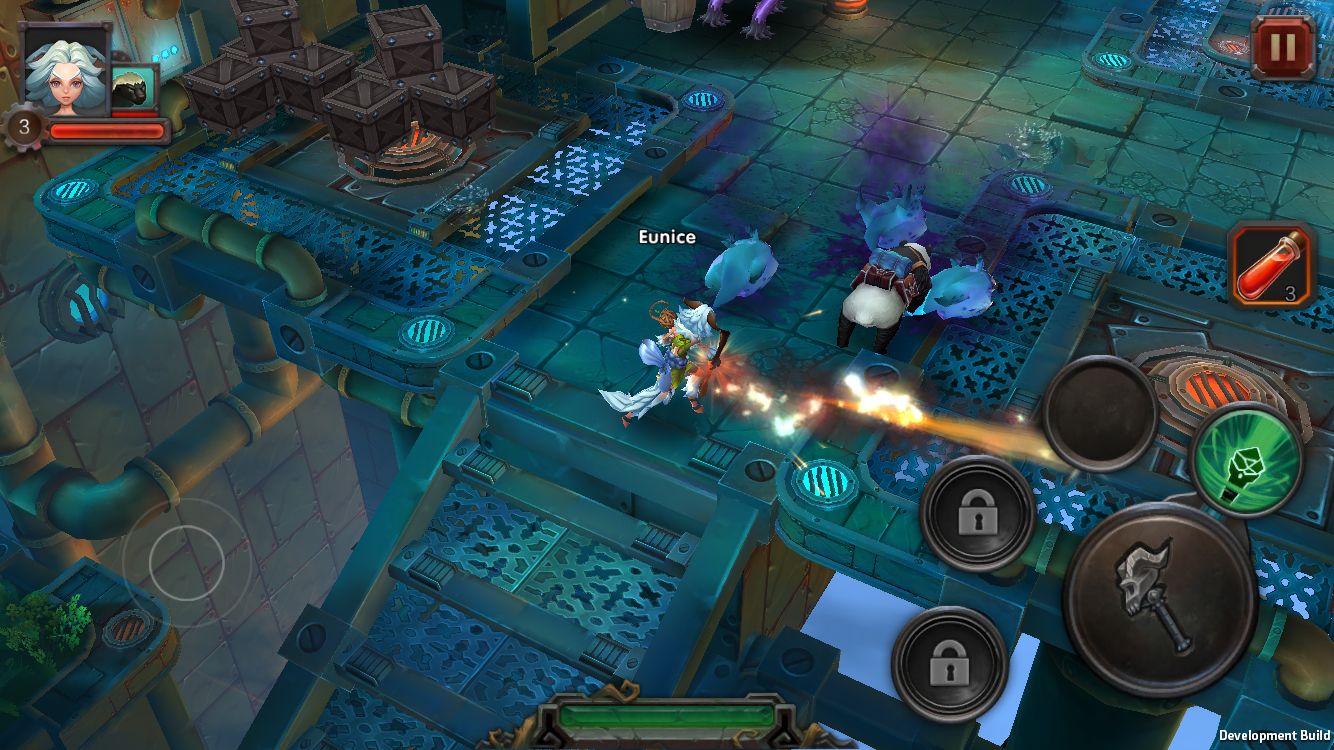 And we can’t forget pets! Plenty of pet options are coming (at least 25!), including pet temporary transformations to keep things popping. Pets are combat in nature, and can offer much needed support against the sheer number of mobs that rush you from time to time. Both your own hp, and pet hp are present in unobtrusive boxes at the top right of the screen, making management of the pet a breeze.

One last note on gameplay is that one of the scenarios I tested was more of a sidescrolling experience than the top-down gameplay you’d expect in Torchlight. The controls were still the same, but it was a sweet change of pace that I got to slam through a moving train full of goons from back to front, with the option of jumping onto the roof, or ducking into the train cars. With co-op involved, this type of level will be a ton of fun and a solid throwback to action arcade gaming.

It remains to be seen how the Torchlight community will react to this game, but its mass appeal as a solid isometric action RPG can’t be denied. The game looks and controls leagues better than most mobile games on the market. With the inclusion of MMO elements, Torchlight Mobile has a bright burning future ahead of it.