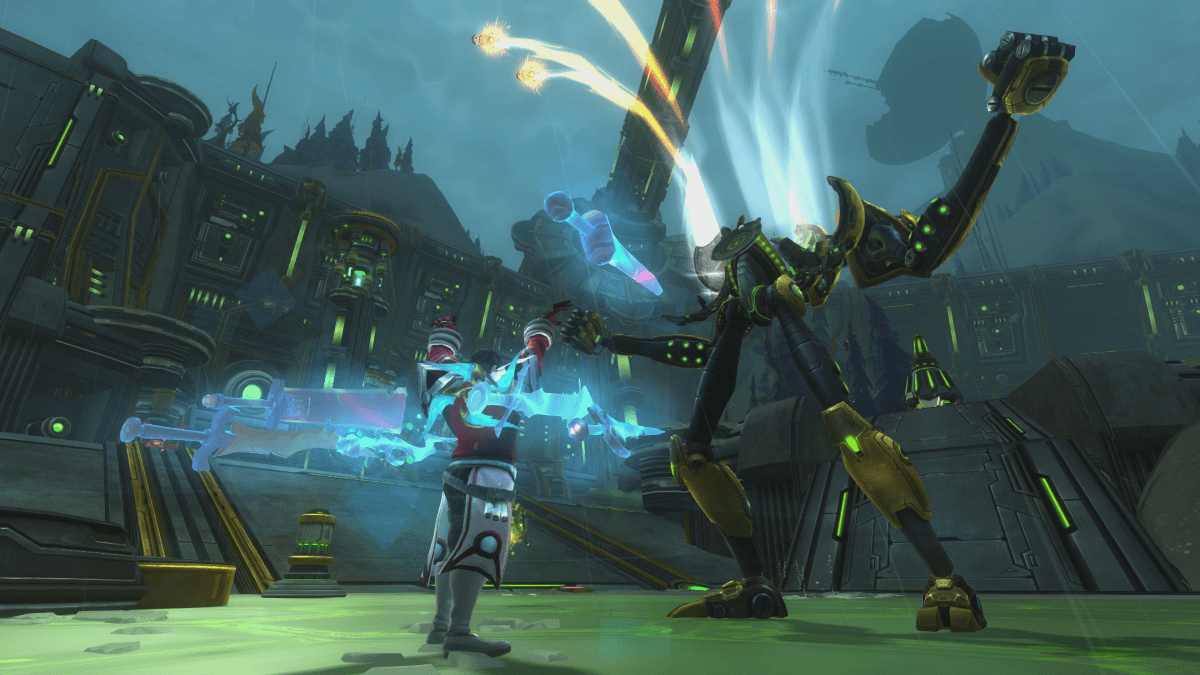 NCSOFT® and Carbine Studios are excited to announce the release of WildStar’s fifth content update – INVASION: Nexus. This update builds upon the commitment made at the beginning of the year by Mike Donatelli, Product Director at Carbine Studios, to continually address player feedback and provide fun, engaging content for a variety of different players and playstyles. As outlined in March, INVASION: Nexus introduces a range of new content and customization options for players to enjoy, including a new adventure, a new raid, and the arrival of Companion Pets to WildStar. The update also includes the new Contracts system and a new Post-Cap Playspace in Star-Comm Basin.

“Bay of Betrayal” is an all-new Adventure where players will take on the role of an acolyte Technopath (an individual with the ability to control Eldan technology with their mind) who is tasked with infiltrating the Ascendancy to deal with their leader, Calidor Antevian, once and for all. The mission is to subvert the Ascendancy and rise through the ranks by emerging victorious in contests against other hopeful acolytes. Winning these competitions will reward a positon at Antevian’s right hand, providing the opportunity to take him out and complete the mission. Learn more about Bay of Betrayal here.

In this new Post-Cap Playspace, players are tasked by the Caretaker to rescue Star-Comm Basin from invading enemy factions. Grimvoid Marauders, Purewater Ikthians, and the Strain are all looking to take over the area and it’s up to the player to stop them. Read more about Star-Comm Basin here.

This new 20-player raid is different in that it does not require the completion of an attunement process. It’s a new approach at a “bite-sized” raid in which players will fight through an instance with a single boss encounter, making the experience a shorter, but still tough, gaming session. Read more about our new raid here.

The all-new Contracts system provides shorter, repeatable content that can be completed while working toward obtaining high-quality loot. They can be picked up at contract boards in each capital city and will give players a variety of PvE and PvP challenges which add up to excellent gear and other collectibles. Want to know more about Contracts? Click here!

Last and certainly not least comes a feature fans have been requesting for a while – Companion Pets are coming to WildStar! There will be more than 50 to collect and they’ll accompany players on their journeys while adding to their unique sense of style. Speaking of style, the new Holo-Wardrobe feature will allow players to store hundreds of costume combinations without taking up their inventory. And these can be worn on the fly – change them up anytime, anywhere. You can learn more about our new customization options here.

To learn more about all of the updates in INVASION: Nexus visit: http://www.wildstar-online.com/en/news/2015-05-05-its-time-to-invade-invasion-nexus/.