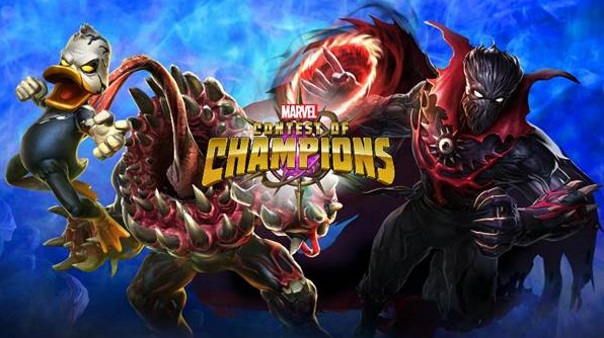 During Day 1 of New York Comic Con, Kabam showcased an all-new Marvel Original for Marvel Contest of Champions. ÆGON is a warrior who won his race’s freedom in the first Contest of Champions but at a great cost. Born to a pacifist race forced into slavery by the Master of the first Contest of Champions, Ægon always defied the strict code of nonviolence amongst his kin. He secretly trained as a gladiator, inspired by love and duty to win The Contest and free his people.  ÆGON was permanently exiled from his people and is stranded in the Battlerealm, but he does have his Iso-Belt artifact. He is the third original made specifically for the game, alongside Guillotine and Morningstar. In addition, New York Comic-Con attendees will be able to get a first look and chance to try out some all-new characters before their October releases – Venom the Duck and Symbiote Supreme! Fans can also participate in Kabam’s Beat-the-Boss tournament in order to win prizes at Booth #1466.