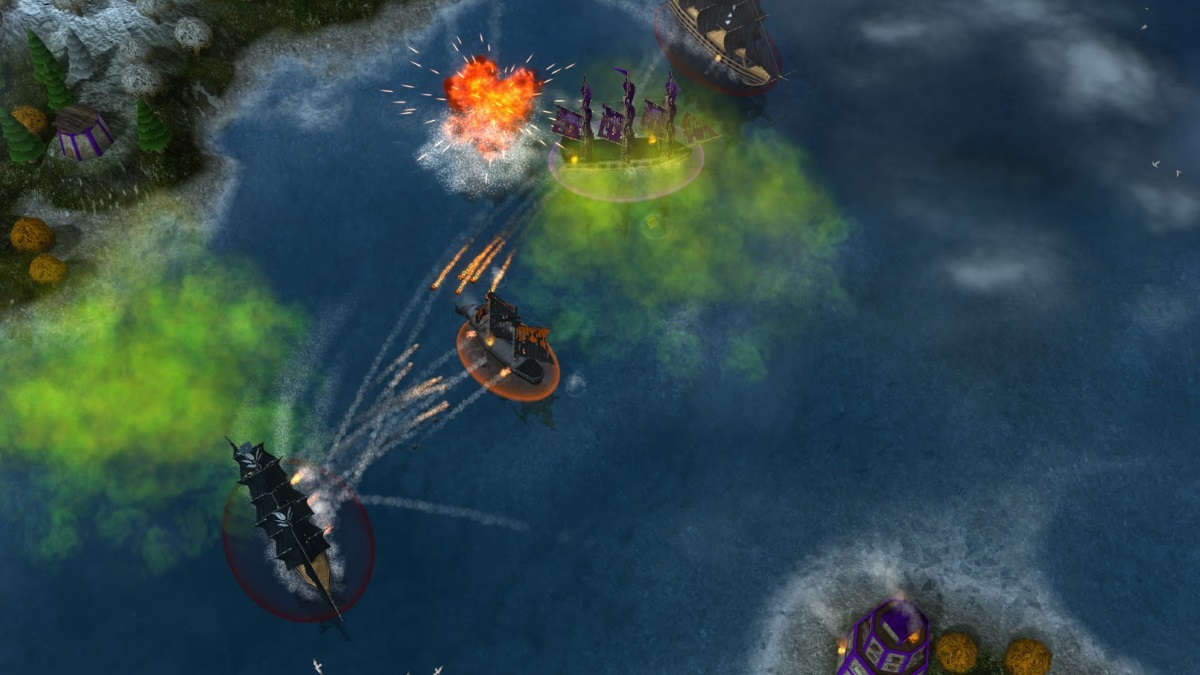 Windward, an action-packed sandbox game set on the open oceans, has dropped anchor on Steam for Windows, Mac and Linux for $14.99, but is currently on sale for $12.74. Developed by Tasharen Entertainment, Windward has players captain a ship sailing the seas of a vast and beautiful procedurally-generated world.

Windward’s open-ended gameplay offers numerous possibilities. Players start with a small boat that can be upgraded into one of the most feared ships on the open oceans that specializes in offense, defense or support. Windward offers epic MMO gameplay or a single player experience. Gamers decide if they would like to sail the seas and create their own adventures or complete quests.

Some missions task players with peaceful assignments like dropping off cargo, ferrying passengers or establishing new towns. Other assignments require gamers to defend their territory from pirates or become one themselves and raid other factions. When this occurs players must employ strategy to avoid enemy fire while getting into position to set off volleys of cannon fire, fire bomb their enemies or one of the other various skills.

“Windward’s release is the culmination of years of hard work and valuable feedback from the Steam Early Access community,” said Michael Lyashenko, founder, Tasharen Entertainment. “I have put my heart and soul into this game and hope everyone who is just discovering Windward enjoys it as much as the players in beta did.”