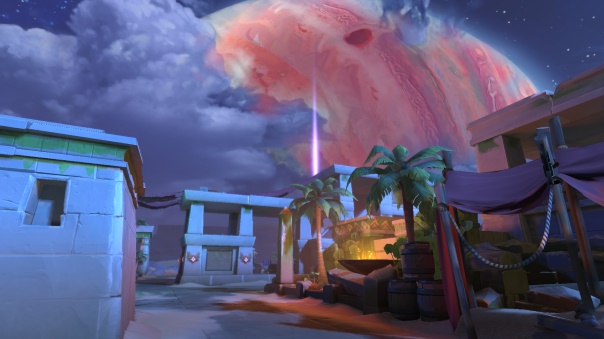 SMITE Update 5.21 is now live on all platforms, and includes its fifth Adventure mode of the year: Celestial Domination. This means the limited return of a popular game mode: Domination!

In Celestial Domination, two teams of five players face off against each other across 3 lanes in this glimpse into SMITE’s past. Each team begins with 500 tickets, and those tickets are lost while an enemy controls one of three capture points on the map. Capture points are defended by a Sand Guardian, which players must defeat and then hold the point without an enemy standing within its capture area. Players must reduce the enemy team’s ticket count to zero to win the game.

The update also features the return of the Holiday Chest, with proceeds to be donated to Child’s Play.