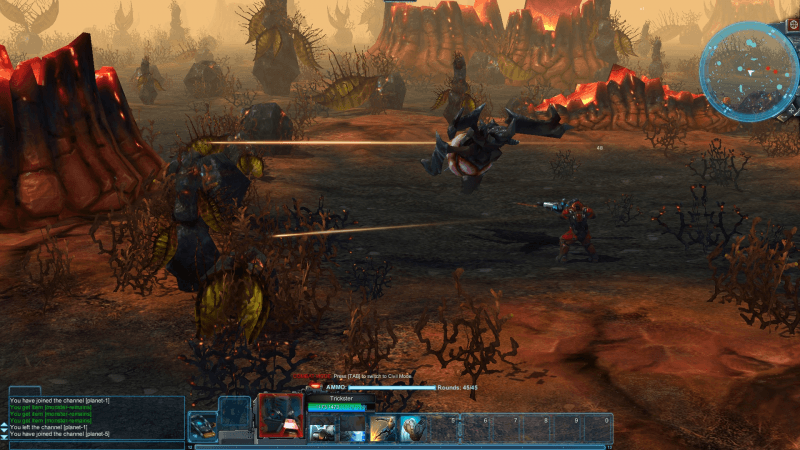 “We want to give players complete freedom of choice in creating their colonies, as well as encourage colonists to collaborate with each other to fill and enrich the game environment”, said Nick Borschew from Iron Bit. “The actions that players take leave visible marks on the world and can be easily seen by other players, so there is a strong sense of consequence and unpredictability in the Colonies. We are eager to see how many directions players take this in and how many interesting creations they build!”

In Colonies Online players find themselves far away from home, inhabiting a cluster of alien planets where they must gather resources to build a colony and survive in this harsh environment. In a persistent online game world with no restrictions, players must work with or against other players to build anything from trade outposts to full-scale cities with the intuitive construction system. By crafting weapons and armor to aid in a quest of survival and domination, players battle aliens and other colonists with a non-target combat system. Colonists can also improve their character with new abilities and team up with other players to further enhance a colony.

The major update launched today in Colonies Online includes two tentpole additions to the game. The first is the introduction of the crafting system; Colonies Online now features the full process of item-making. Earlier players were able to gather vast amounts of resources from deposits scattered over planets as well as extract the rare substance Xenodin from the largest and fiercest alien monsters. Now colonists are able to put these resources to use. By building new crafting stations they can create different types of weapons and armor with various attributes. Furthermore, players can now build another all-new construction named the Bonification station, which is used to add cool bonuses to previously crafted equipment. But this is just the first step, as Iron Bit plans to add crafting systems for almost every item in the game! The second addition is the introduction of weapon archetypes, which are now separated into three: shotguns for close-range combat, pulse guns for medium-range and rifles for long-range, with more to be added in the future.