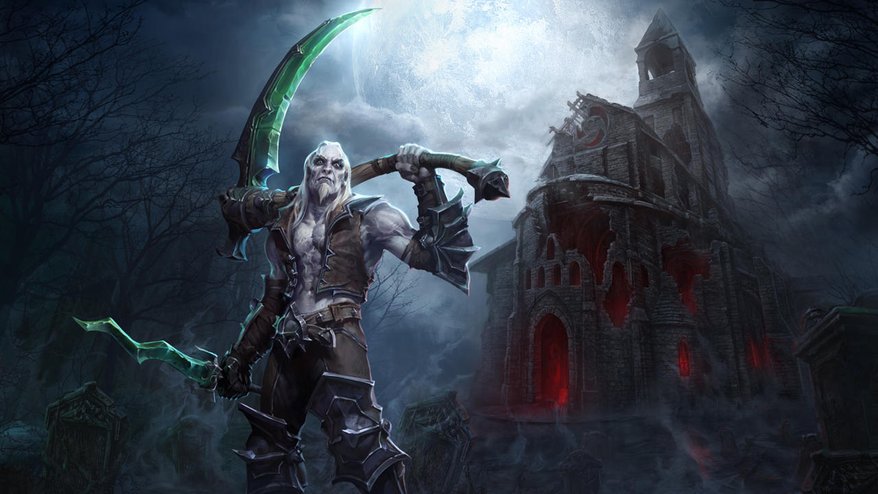 February 2nd, a day which had a massive impact on the Nexus of Heroes of the Storm. This day brought us a massive patch with many balance changes, the Lunar festival, and the addition of Li-Ming. Li-Ming was basically balance incarnate. OK enough jokes… she was broken. This patch introduced many changes that were most likely, I hope, aimed to make more heroes viable and put them on the same level as other stronger heroes. However, it turned out that Li-Ming and Rehgar became the two must picks in EVERY SINGLE GAME. At first this was fine but it got to the point that you were forced to pick these two heroes unless you wanted to severely hurt your chances of winning. Over time it slowly began to become a chore instead of a game where you could just pick what you want to play and still have a good chance of winning.

The optimal win to loss ratio from a balance perspective is around 50%. Both Li-Ming and Rehgar were well over 60% after the February 2nd patch. Things did get better over the coming weeks with balance changes but because of these series of events I was anxious about Blizzard’s latest patch including Xul, the Cryptic Necromancer. It was likely that Xul would be overpowered like Li-Ming, though the opposite that Blizzard would err on the side of caution to prevent the second coming of Li-Ming also lingered in many HotS player’s minds. Fortunately, Blizzard did a great job and Xul turned out to be a great addition to the Heroes of the Storm roster. Read on to learn more about Xul, the Cryptic Necromancer.

Xul is great in team fights

I’ll be honest, Xul isn’t perfect when it comes to balance. But you cannot expect a new hero release to be perfect from the get go; a hero that is balanced at one point may not be balanced in the future even if that hero was never touched again. Balance is all relative to the rest of the roster, the Meta, and the community. Sure, Xul could use some tweaks to his health points or some other number fixes but overall his kit brings a fair balanced design to the game. He sits on the upper end in terms of strength but unlike the broken wizard, he does not make or break a game.

Along with straying away from the trend of imbalance, Xul is not another assassin hero being added to the roster. Surprisingly, he is a melee specialist. Normally when we think of specialists, the idea of staying back, poking, and pushing come to mind. Xul excels up close in the face of enemies and can deal massive damage plus clear waves VERY quickly. Players can revolve his talents around three different abilities: the long ranged scythe, a close ranged bone prison, and the ever annoying skeleton army.

Spectral Scythe summons a scythe at the target location that travels back to you after one second, dealing massive damage to enemies it intersects. This ability is great both in team fights and for clearing waves. While it does deal massive damage, it can also provide great utility for your team with talents that slow enemies or reduce healing. It can be difficult to hit enemies with this scythe due to its casting delay; this is where Bone Prison comes in. After a two second delay, the targeted hero is dealt heavy damage and rooted for two seconds. This makes it very easy to land your scythe and make the Bone Prison -> Spectral Scythe combo very deadly. Coupled with talents that cause rooted enemies to become vulnerable and take 25% extra damage, this combo can be lethal for many heroes.

Being a melee specialist who will need to get into the midst of battle, Xul needs some abilities to keep himself alive. Cursed Strikes cause his basic attacks to deal damage in a wide area and greatly reduce the attack speed of enemies for 2 seconds. This ability is great to clear waves but is also very annoying against enemy assassins. If this was not enough, Xul also starts with an additional active ability, Bone Armor, in the ‘1’ slot which can be activated to grant a shield equal to 15% of his health. The level one talent for this shield can make it either damage, slow, or evade enemies. I personally prefer the slow as it lets you get up close to fleeing or eluding enemies. This is especially useful because Xul has no other way to jump into the fray, so you don’t want to be caught slowly walking into battle!

As for heroics (yes, I got the term right this time, but ‘ultimates’ will always have a special place in my heart), players can pick between Poison Nova or Skeletal Mages. Poison Nova launches poisonous missiles in a large radius which deal massive damage over time to any enemies it hits. This ability is AMAZING. The radius is basically as large as your screen view, and it can punish all enemies in a team fight. You can hit all heroes of the enemy team with ease; if you do not, then they either dodged the missiles or were too far from the fight anyways. This is my go to ult… er, I mean, heroic. However, you still have the choice of summoning 4 Frost Mages with Skeletal Mages which form a line and slow and deal damage to nearby enemies. I feel like this heroic ability would be much more effective if the mages formed a wall but there is just enough space for heroes to run between them. While they are slowed, overall this heroic tends to deal less damage in most situations when compared with Poison Nova.

All of these abilities work alongside his passive, Raise Skeleton, which raises nearby enemy minion corpses into skeletons. These skeletons deal moderate damage but with four active Skeletal Warriors, this damage can add up quickly. You will mostly use this passive to clear waves and raze enemy buildings, but it is also great in the early game as a form of harass. Enemies caught out of position without a creep wave can take massive damage with skeletons hacking away at their flesh while trapped in Bone Prison.

Using all of these abilities, Xul is great for early game to clear waves to keep your foes pushed. He then transitions late game into an ideal team fighting mage who can turn the tide at any map objective. He can dish out a lot of damage very quickly and thanks to his shield, Cursed Strikes, and large health point pool, he can stay in fights for a while. You will still need to be careful against ranged heroes as they can take you down from afar; Bone Prison’s range is quite small. Any heroes that fight by jumping into the faces of enemies will have a bad time against Xul; he is a great counter against heroes like Greymane or Illidan. It is important to note that Poison Nova does have a short delay before launching the missiles. Keeping this in mind can easily change the tide of battle. If Xul’s Poison Nova is not fully channeled, it goes on cooldown for 10 seconds. Fights do not tend to last that long so this cooldown is enough to finish the fight before Xul can cast Poison Nova.

Conclusion: Great to see Balance in HoTS Once Again

This patch brought us a new hero with some balance changes that brought Heroes of the Storm’s balance back to a comfortable level. As always, tweaks will regularly be required to maintain this balance but the game is in a good spot again. Even the addition of Xul did not break this delicate balance, which was both surprising and great to see.

I had a blast playing Xul this past week, I can easily recommend this hero to any Heroes of the Storm player. If you like dealing massive damage (I can easily find myself having the most damage dealt in each game), clearing waves instantly, and being able to jump into the midst of battle, Xul is your hero. I hope next month’s patch does not break the balance in the game and the new hero is as fun as Xul. It would be great to see Overwatch heroes slowly creep into the game!