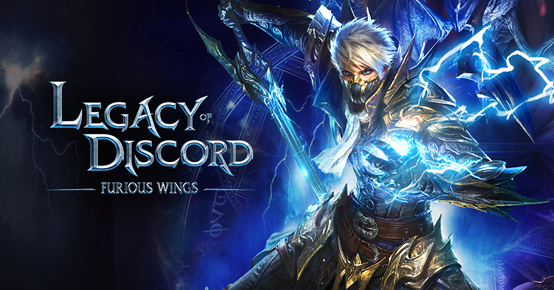 Legacy of Discord offers 3 distinct classes for players to choose from, each with their own unique set of skills. Guardians can rain down fiery meteors and send phantom dragons crashing into their enemies with taps or swipes of the screen. The dynamic combat and tight controls allow layers to use their reflexes and positioning to overcome the most extremely challenges.

One of the game’s main features is the powerful Wrathwings that can be equipped to gain immense power. Each Wrathwing is visually distinct and animated in combat with detailed effects. Players can also customize their characters with thousands of weapons, armor sets, battle pets, and more. Players can develop their characters from novice warriors to mighty champions.