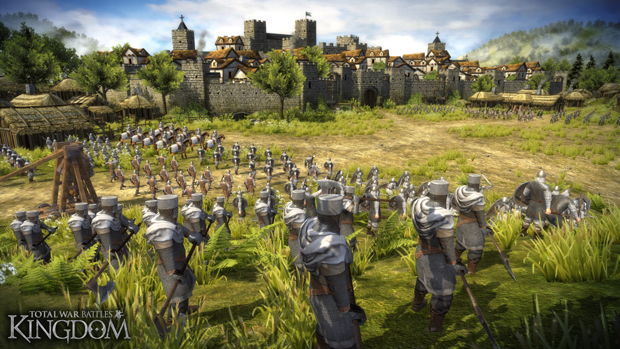 Recently, I drove into San Francisco to attend a press event held by Sega. They were debuting some intriguing new installments to the critically-acclaimed Total War strategy series, and it was, apparently, a big deal. Despite being late on account of severe flooding in the bay area that day, I managed to get in just in time to enjoy the spread (I love good catering), find my seat, and settle in for the presentations. Unfortunately, I can’t talk to you about everything I saw (yet), but there is one game in particular that we’ll touch on throughout the article. The game is Total War Battles: Kingdom, an intriguing new take on the Total War paradigm. 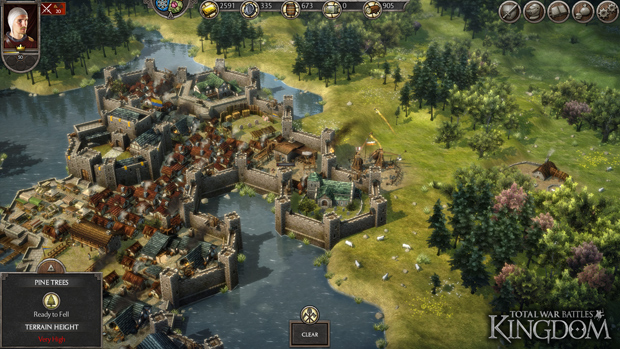 True to the trends of gaming, Kingdom is designed to be a persistent world, cross-platform Total War experience. Time and progress in the game march forward even when you’re logged out, and with cloud-saving you’ll be able to track the progress of your kingdom and manage things even when swapping between desktop, tablet, or alternate PC. This sort of thing seems like high-level play, but I’m given to understand that it’s common for most serious PC gamers to have a number of devices on which they game. Good for them, I suppose. 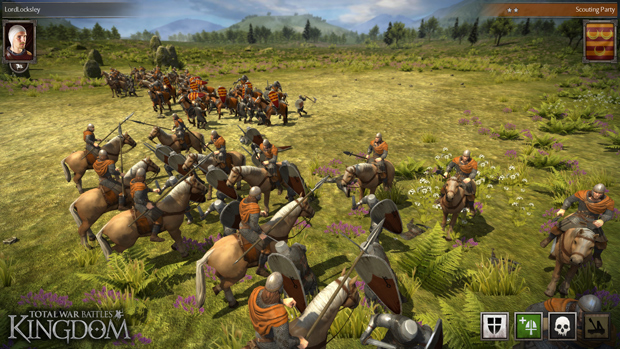 As for the game’s storyline, you’ll take on the role of a monarch, a queen or king of your design, and then choose your historical culture/faction to rule over. There’s plenty to do, regardless of which culture you choose. Will you be a clan of nomadic, pagan Visigoths, pillaging and looting as you wander the countryside? Or will you take on the approach of a more civilized culture, sewing crops and terraforming the land for the purposes of irrigation? Whatever is most interesting for you, go for it. But no matter what you choose to do, the path to victory will be surprisingly complex. There isn’t so much a storyline, really, as there is a large historical world for you to inflict your will upon. Change the course of history all you like. Crush Rome prematurely, or preserve it indefinitely. Or just make a world where it never existed at all, and everyone is just a roving band of nomads. 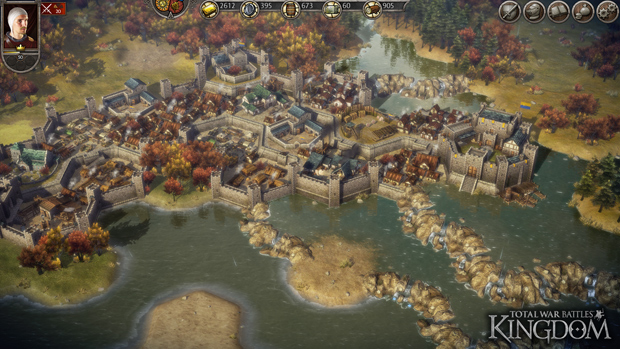 I should mention I’m not historically a huge fan of the Total War series. This is really more of a matter of circumstance than prejudice – I’ve just never gotten around to playing any of them. But as someone who has a serious fixation for historical accuracy, realism, and complex survival mechanics, Kingdoms caught my eye. You don’t just build a city, build an army, and raze your neighbors. You manage diplomatic ties. You battle the elements throughout seasons, and even permanently shape the land through terraforming to create new rivers and water systems. You maintain crops and forestry. You have to handle just about every nuance of ruling an ailing kingdom you can imagine. It’s taxing work, but intricate and rewarding. 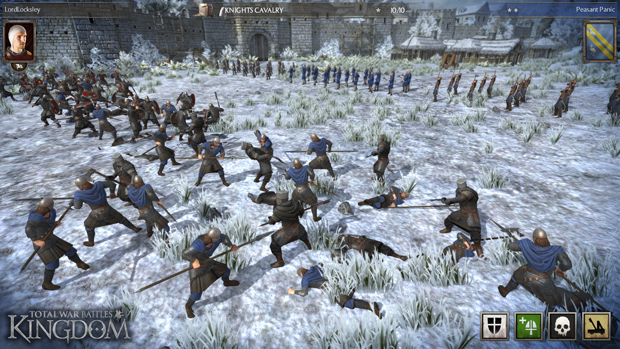 Most attractive to me, personally as a lady gamer, was the option to create a queen rather than a king. That may seem like a niggling detail to most, but I like it. It’s always nice to be able to get invested into your creations, and add that extra layer of interest to the gameplay. Detachment while gaming was never my thing, and I’m pleased to say that Kingdoms takes immersion at least somewhat seriously. The combat is, in Total War fashion, complicated, intricate, and relatively slow-paced for something in real-time. The battles are massive, and your commanding view of the field makes everything seem like it’s moving through molasses. But if you zoom in, you can see things are moving at a normal pace, and you can enjoy watching your armies battle it out in stunning, gory detail. The landscape work and the combat physics are second to none. How have I never played this series before? 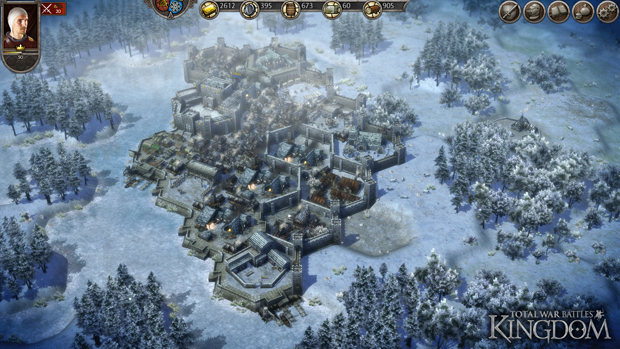 The leve of enthusiasm for the game by the devs was requisite. What devs aren’t enthusiastic about their game? If I ever go to a press event and see the devs showing a presentation and saying “so this is our game or whatever, I guess it’s cool” I will just get up and leave. But the Total War guys are gung ho. They had a huge staff ready to field any and all questions. They let us playtest a game I’m not allowed to even discuss here. Everyone was smiling and enthusiastic. 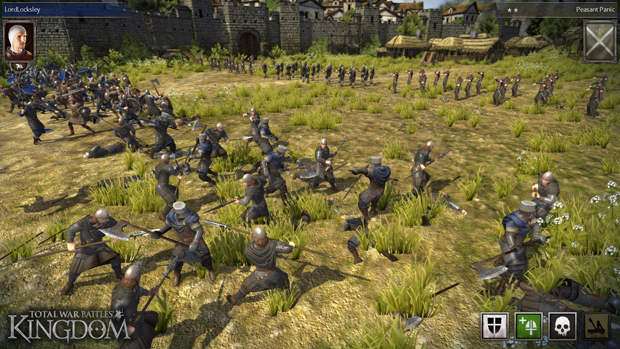 Then they showed the presentation that demonstrated the sheer volume of Total War installments that have been made since about 2000. It’s a lot. I didn’t count. I had no idea this was such a franchise. No wonder these devs are happy. They’ve got a serious meal ticket, here. I’d be happy to. So I guess, all in all, my impressions of the event, the team, and the games I saw were positive. I’ll probably be picking up Kingdoms when it comes out. From what I can gather, fans of the series and strategy in general won’t want to miss it, either.