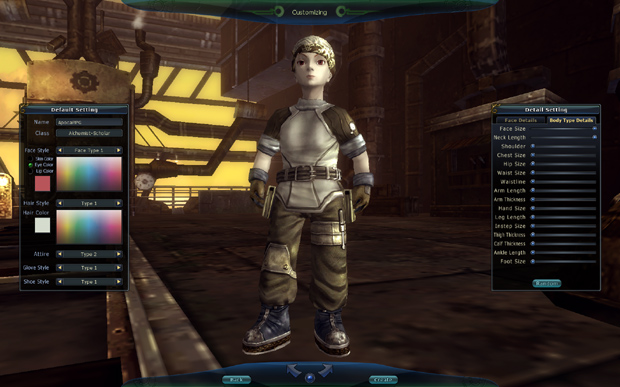 Argo Online introduces itself as a Hybrid MMORPG. It was originally released in North America and Europe in 2011, but was closed down in 2013. It was then re-released in 2014 by Mgame and Usergame. The game features a unique technology versus nature theme, with two factions fighting for the two forces. The technology in the game resembles steampunk and dieselpunk, so should attract fans of the genres. It seems that Argo has all its needs to be a fun game.

Customization in Argo Online is fairly impressive. There’s four archetypes, with eight total classes, for each faction – that means there’s a total of sixteen classes available to play. The archetypes are your typical healers, damage dealers, specialist, etc… When creating your character, you are given a large number of options thanks to the plethora of sliders that can be used. I took it upon myself to create something odd, just like I usually do in a game that has such diverse customization.

As your character progresses in the levels, you’ll get points to spend in your skill tree. There are several different trees (Class, Adventure, Nation, and Production) you can level up, and each one uses a different type of points. When you level up, you get class points which you spend in your class tree to further customize your character. Your gear also offers a decent amount of customization as well. So, you won’t be lacking any ability to make yourself unique, from character creation to the end game.

To be honest, the graphics are not the best. Even at the highest resolution and highest graphic settings, they seemed to be lacking. They resemble something I would see in a game from the early 2000’s rather than one that came out in 2010. The biggest issue, for me, were the world textures, as they seemed to be generic and lacking in almost every location I visited. The characters themselves were not too bad, but almost everything else was. 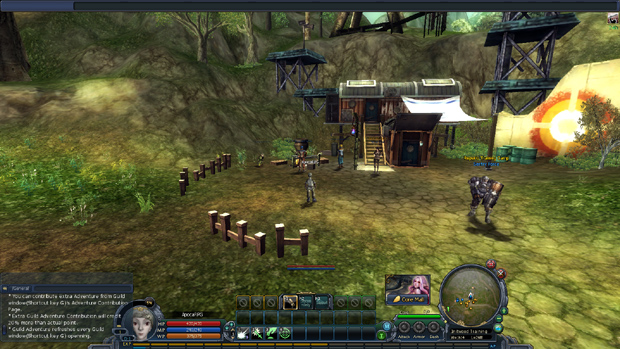 For some people, the low quality of the graphics might be a plus. It means that older computers can play the game with no problem, even on “high” settings. The download isn’t that big (only 4.75GB), either. So, if you’re looking for a low-spec 3D MMORPG with a smallish download, this game will be a boon for you. In the end, I’ve got to say that I wasn’t pleased with Argo’s graphics, but even I can admit that low-quality graphics have their merits.

The controls of Argo Online are typical for an MMORPG. WASD movement, lots of left and right clicking, and various keybinds (I for inventory, C for character sheet, etc..). Something that is a bit odd, but not unheard of, is that A and D are used to turn your character, but you can also hold down right mouse button to do the same. Most games tend to have A and D strife-run your character rather than actually turn it. This makes it a lot easier to move your character, as you only have to use one hand for all movement, so I actually liked it a lot once I got used to it. The controls, in general, were very responsive and smooth, and I never noticed any issues. 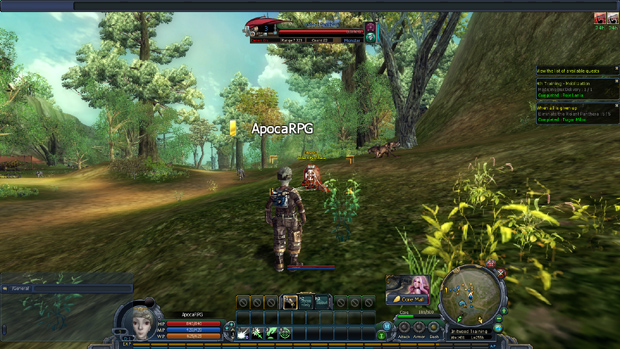 One thing I noticed early on was that I could switch to “Third Person shooter” or TPS mode using the T key. I suppose this is why Argo calls itself a “Hybrid MMO.” The TPS Mode was alright, but I generally found myself asking “Why bother?” as the combat in general wasn’t very fun (but I’ll get into this later on in the review). I do appreciate the additional option of playing the game in a sort of “Third-person shooter” mode.

The community in Argo, at least for now, seems to not be very large. This may be due to the fact that not much advertising has been done for the re-release of the game yet. What bits of the community I did see, were generally helpful. I didn’t notice any trolling going on, which was a surprise. Usually in an MMORPG, even with a smaller playerbase, a lot of trolling goes on. In general, I would say Argo Online has a decent community.

Argo Online has given me some mixed feelings in the gameplay department. On the one hand, I enjoy the settings a LOT, I found myself being sucked into the story and lore (which is extremely rare for an MMORPG), and I liked the amount of customization a lot. However, on the other hand, I dislike games that have botting systems and I wasn’t a fan of the combat. So there was a lot of ups-and-downs as I played. In the end, I would say I enjoyed my stay in Argo Online, but not as much as I could have. 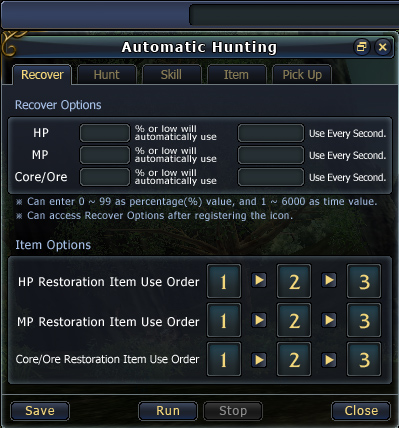 The questing was typical of an MMORPG. A lot of kill X of Y for Z reward and delivery quest that had you running back and forth. There are several types of quests, such as story and adventure. I did enjoy the story behind some of the quests, as it helped me get into the interesting post-apocalyptic world that is Argo Online. However, I often found myself bored to the point that I just wanted to log out while doing quests. Overall, my questing experience could have been a lot more fun if more thought and innovation had went into Argo’s questing development, but I get the feeling the developers just got lazy and went with the same formula that’s been used in MMOs for over a decade. 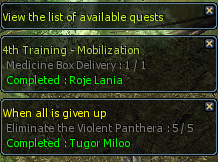 As I mentioned earlier in the review, I’m not a big fan of the combat in Argo Online. Even using the TPS Mode, combat is still a bit boring. You can try to hide it all you like, but in the end it’s still just the same point-and-click combat system that is used in almost every single MMO and, at this point, I’m getting quite bored of it. It doesn’t help that a majority of the monsters you kill for quests are absolutely trash – you can kill them with the bare minimum of effort. Because of this, the only difficulty you’ll find in the game is when doing instances/boss battles or PVP. This isn’t exactly shocking, as almost every other MMORPG out there is the exact same way, but I can’t help but be put off by it. 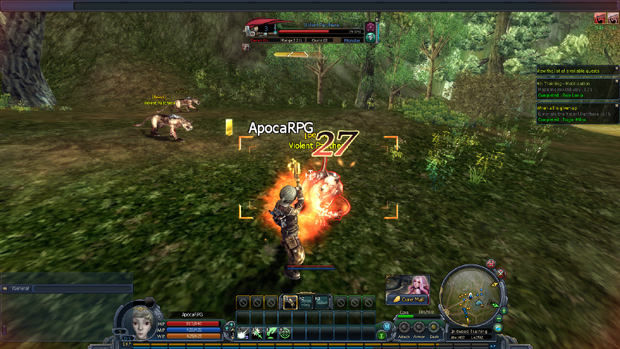 Crafting was also very generic. You get a recipe, you find the components, and then you make an item. I honestly didn’t spend much time with this part of the game, as I generally find crafting to be boring in most games. After experiencing it during the “tutorial” quests early on in the game, I tried to stay away from it whenever I could later on. If you enjoy crafting in games like World of Warcraft or Runes of Magic, you’ll probably find crafting in Argo interesting.

There’s a fairly large number of methods to take part in player-versus-player content. Ranging from Guild Wars, to Field Wars, to the Arena. Field Wars is probably one of the more interesting PVP methods, in my opinion. It’s where you fight over Earthdium (the most important resource in this post-apocalyptic Earth) by fighting off enemies and destroying their mining equipment. There’s also a guild territory control system, where guilds can capture castles to tax regions of the world for profit and items. As well as owning castles, guilds can also build guild houses for various bonuses. It’s all pretty interesting and it makes PVP and guilds a couple of the few saving graces of the game.

Argo Online is a mixed bagged. Its graphics are dated, its gameplay generic, but the PVP is fun and the story interesting. There are a few interesting features, such as guild houses and castle ownership. I personally did not enjoy the combat, even with the third-person shooter mode that was available, but I’m sure there are people out there that will find the system very fun. All-in-all, I would say you should give Argo Online a shot if you’re looking for an interesting Steampunk Versus Nature themed game with lower computer spec requirements.

If not for some of the more generic features, this game would have been 4/5 for me. As it is, I think it would only be interesting to a smaller niche playerbase.