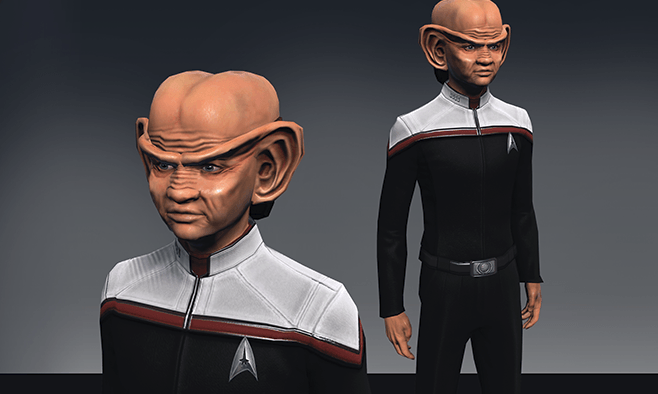 Star Trek Online is pleased to announce Star Trek: Deep Space Nine star Aron Eisenburg will be reprising his role as Nog when he joins the Iconian Conflict later this year. From a troubled youth to the first Ferengi to enter Starfleet Academy, Nog now commands the SCE ship U.S.S. Chimera and is ready to join the fight against the Iconians and their Heralds. More information about Nog including an interview about him reprising his role can be found here.