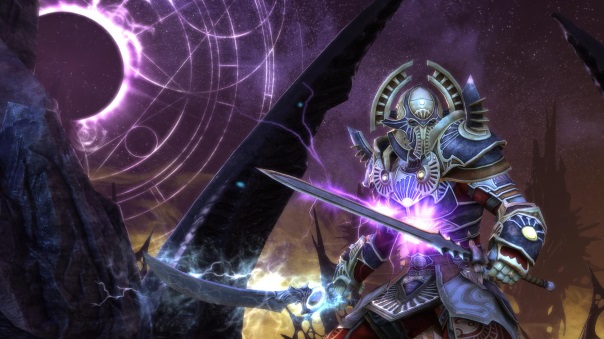 Trion Worlds announced today that the latest update for the RIFT Prime Progression servers is coming in October.  On October 3rd, 2018, Storm Legion goes live and with it, a wealth of content. A new addition to Storm Legion, high-level RIFT Prime players will be able to face-off against Volan, the mighty Empyrean colossus! Set loose from his prison and festooned in adamantine armor, Volan makes his debut on the RIFT Prime server to take on all challengers. Brevane and Dusken continents come with this update, along with Tempest Bay.

Seven additional dungeons and three more raids are being opened over time following launch, giving players looking to hit the increased level cap plenty of exciting ways to do so. Storm Legion also raises the RIFT Prime level cap to 60 and boosts the crafting skill cap to Grandmaster level.  If that weren’t enough, in celebration of the Storm Legion launch, the RIFT team will be hosting a special launch day livestream on October 3 at2 pm PST! Trion Worlds will also be offering a special Twitch Drop for those who tune in – the Raiment of the Storm Queen bundle. This costume set is only available during the Carnival of the Ascended event which is part of RIFT’s anniversary celebrations