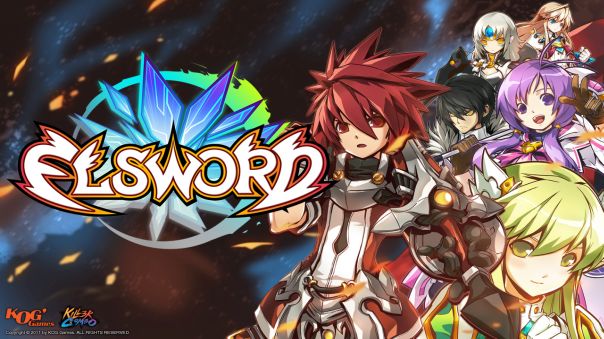 KOG Games, a leading developer and publisher of popular free-to-play action MMORPGs, today announces a birthday bash like no other. More than cake and candles, dungeons and Swag! Elsword pulls out all the stops for their 4th Anniversary Celebration!

KOG Games starts the party with a bang by inviting Elsword players to come down and party with them at Howie’s Game Shack in sunny Orange County, California. The folks at KOG Games have invited a handful of lucky players to partake in a pleasant stroll through some artfully executed bouts of Dungeon Crawling and PvP at Howie’s Game Shack. Then, strategy and villainy will be cordially (yeah right!) discussed over dinner, and then everyone’s off to offer up redemption and possibly even the score with some friendly *cough!*, Players vs. KOG, no-holds-barred games of lazer tag!

Elsword goes all out with some major updates on this 4 year anniversary patch. Players have asked, and they will receive:

Players who login with a level 10+ character will receive a FREE, permanent pet, costume set and a timed Dragon Mount!

If you’re new to Elsword or you’re taking a break … You’re invited too! New players who register during the event period and players who haven’t logged in since April 1st, 2015 will receive a free +10 Enhanced Weapon!

During the event period, Elsword players will receive 2x’s EXP, 2x’s Drop rates and unlimited stamina! In addition, just logging into game and playing gets you prizes. Players will receive a daily buff, prize exchange tickets, and for those who slay big, nasty elite monsters, keep your eyes peeled for some crazy anniversary-themed loot boxes!

All players who create a new character, and level that character to 10 or higher during the event period (4/29/15 – 5/12/15 PDT) will be entered to win some amazing, exclusive Elsword-themed goodies. 519 players in total will win!