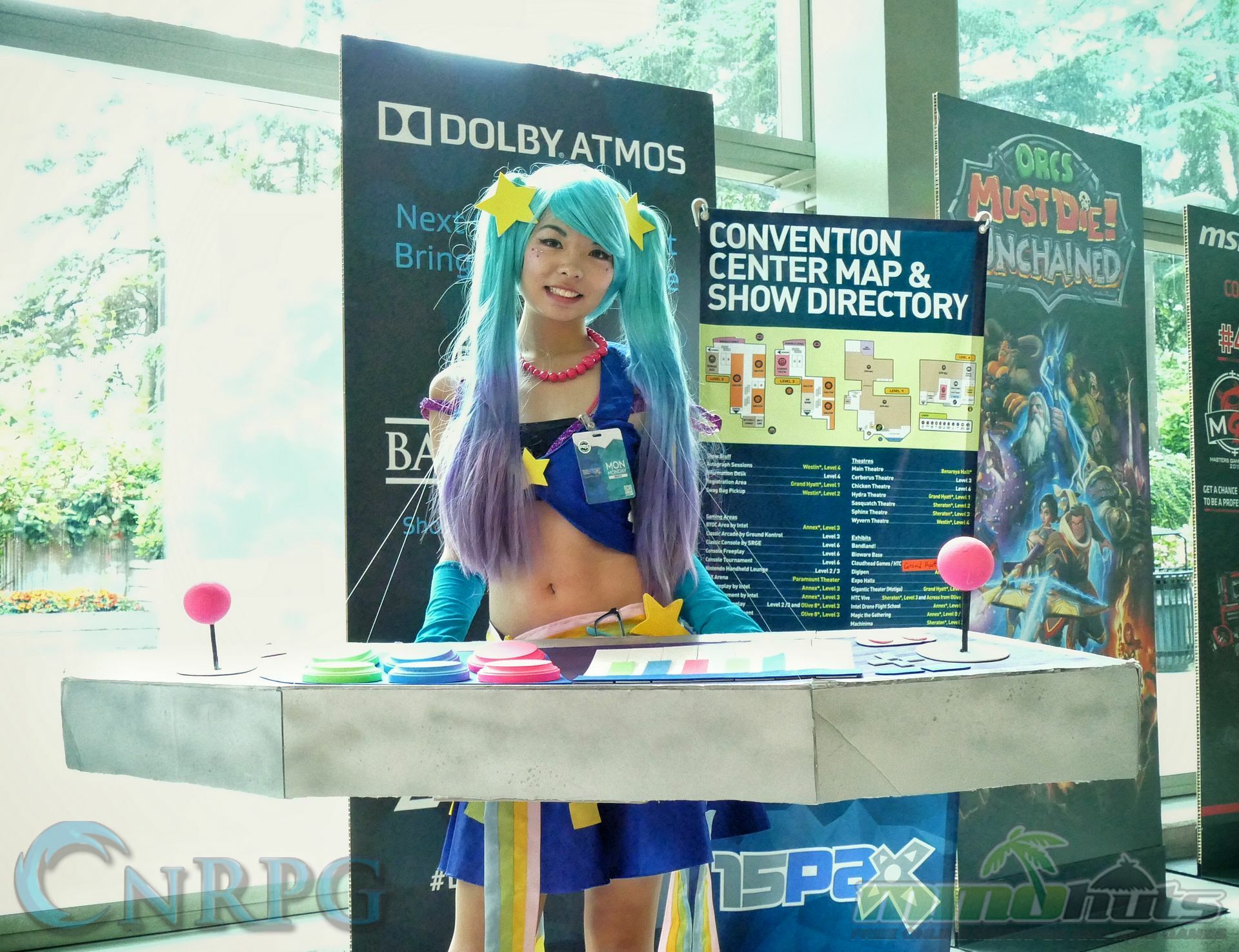 Kill Strain is a top-down free to play MOBA coming exclusively to Playstation 4. Though as a primarily PC gamer I’m hoping for an eventual port, as it brings some of the most unique gameplay the genre has ever seen, and it does it well! What makes Kill Strain so different is that the battles are fought in a 3 faction system, with one of the three factions utilizing an entirely different combat mechanic.

Kill Strain follows the path of the sci-fi MOBA, with the primary faction players utilizing machine guns, grenades, and ultimates involving summoning super tanky mechs to bring the real pain. Their goal is to capture the enemy base by destroying or occupying their outer base of turrets and healing stations before pushing in for the kill on their nexus. Battles are 5v5 with your expected roster of diverse and gritty sci-fi stars adding kit diversity to gameplay. There’s no jungle mobs or the like to worry about, though the ‘lanes’ are a bit less laney with no pushing minions, forcing players into more tactical firefights with each other, as well as more ganks, to gain advantages on the battlefield. 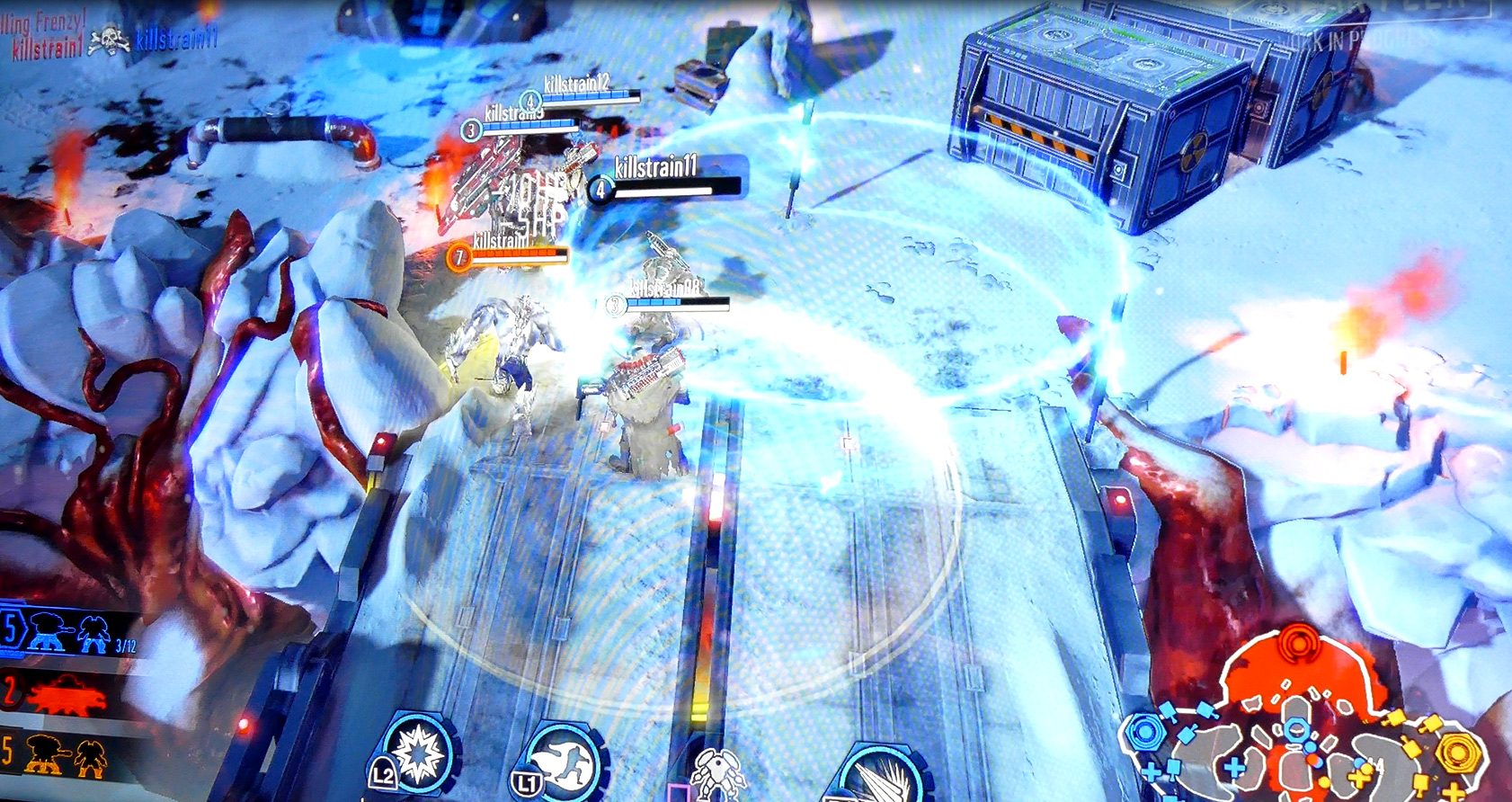 All that should sound pretty cut and dry, and it is. Until the mutant Kill Strain throws a wrench into the system. Starting in the top center of the map, a smaller group of mutant players must spread their lava-like zerg terrain across the map by planting new spore cores. These cores are quite tanky, and further spread the kill strain terrain, which camouflages mutants standing within the terrain, while forcing a pretty brutal damage over time to any human players that try to walk through it. As the terrain spreads, the kill strain can evolve to upgrade the powers of the mutants. The terrain can also disable human faction’s heal points and turrets if you can get your spore cores close enough to do so. Just keep in mind this is not a permanent destruction of the turrets, as either faction can liberate the captured turret to make it their own once more. 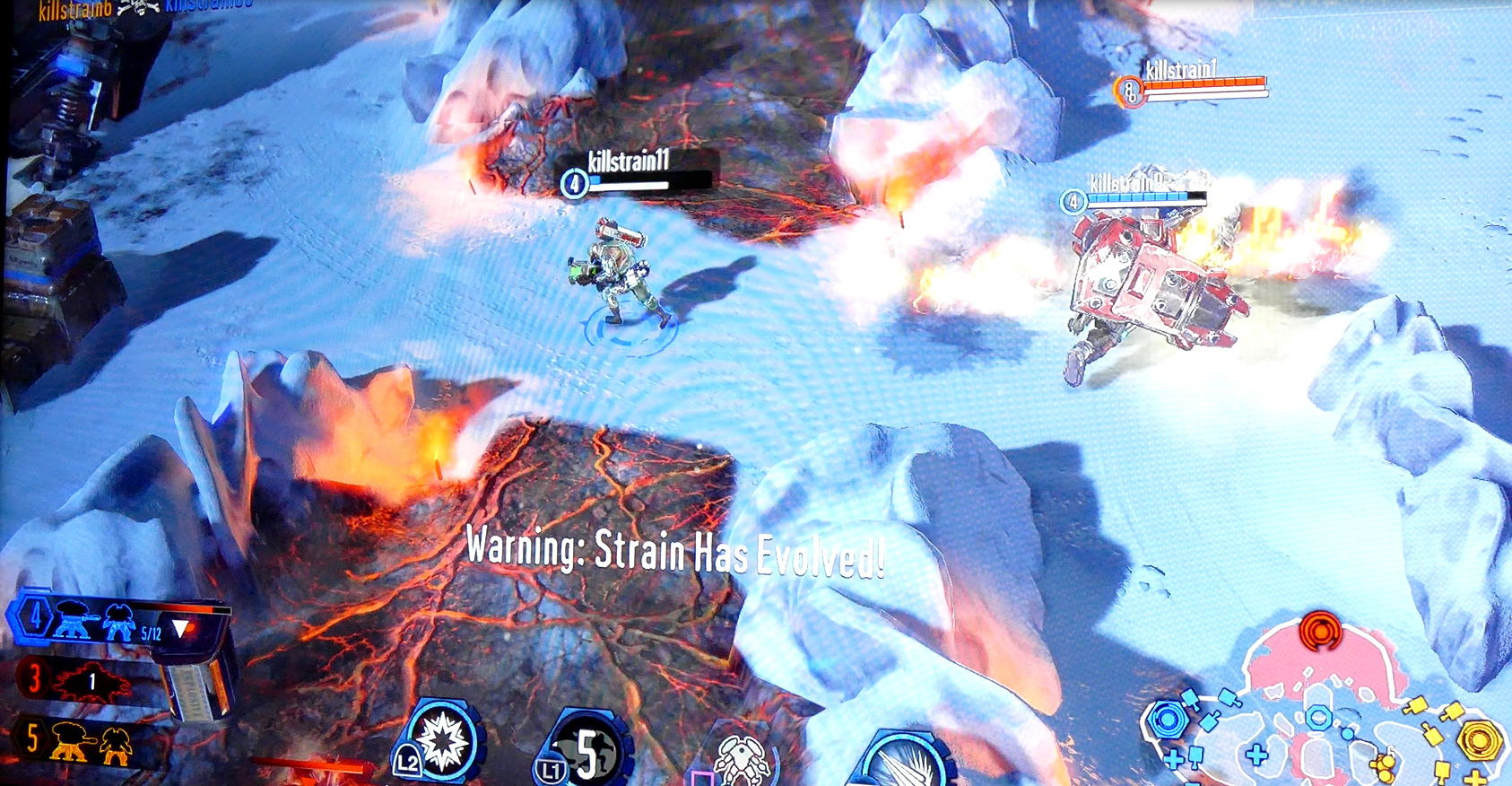 Playing with fire is better than joining the mutants for a lava bath.

The battle gets brutal though when you introduce the player capturing mechanic. Mutants might not be as nasty as the player factions at first, but if they can get lucky and kill a human player close to their terrain, then watch out. If you’re dragged into a spore before you can respawn, the corruption will spread, forcing you onto the mutant faction! This is a serious issue playing as a human faction, as a team fight gone wrong reduced my team from 5 to 2 in one fell swoop. Before we had a handle on the situation, both human factions lost their outer base health camp, and found ourselves fighting against eight mutants with only one ally left on my side, and 3 enemy yellow humans lost somewhere in the swarm.

To combat these monsters, players have special grenades that can take a huge chunk out of mutant spores, and instantly clear their terrain from the surrounding area. This is on relatively short cooldown, meaning you need to focus on actively clearing the terrain. However doing it without protection can be a grave error, as like I said before, the mutants are completely invisible while in their terrain. You could suddenly be grabbed and dragged into the infestation by a whole team of eight of them if you aren’t careful. Playing as Diesel Anderpunk, I was a bit more protected from this happening thanks to a dash that leaves a trail of damaging fire behind me, and plenty of AoE explosions I could lob over objectives. But when it comes down to it and there is just no way out, your mech transformation is the obvious answer to keeping your human skin intact. 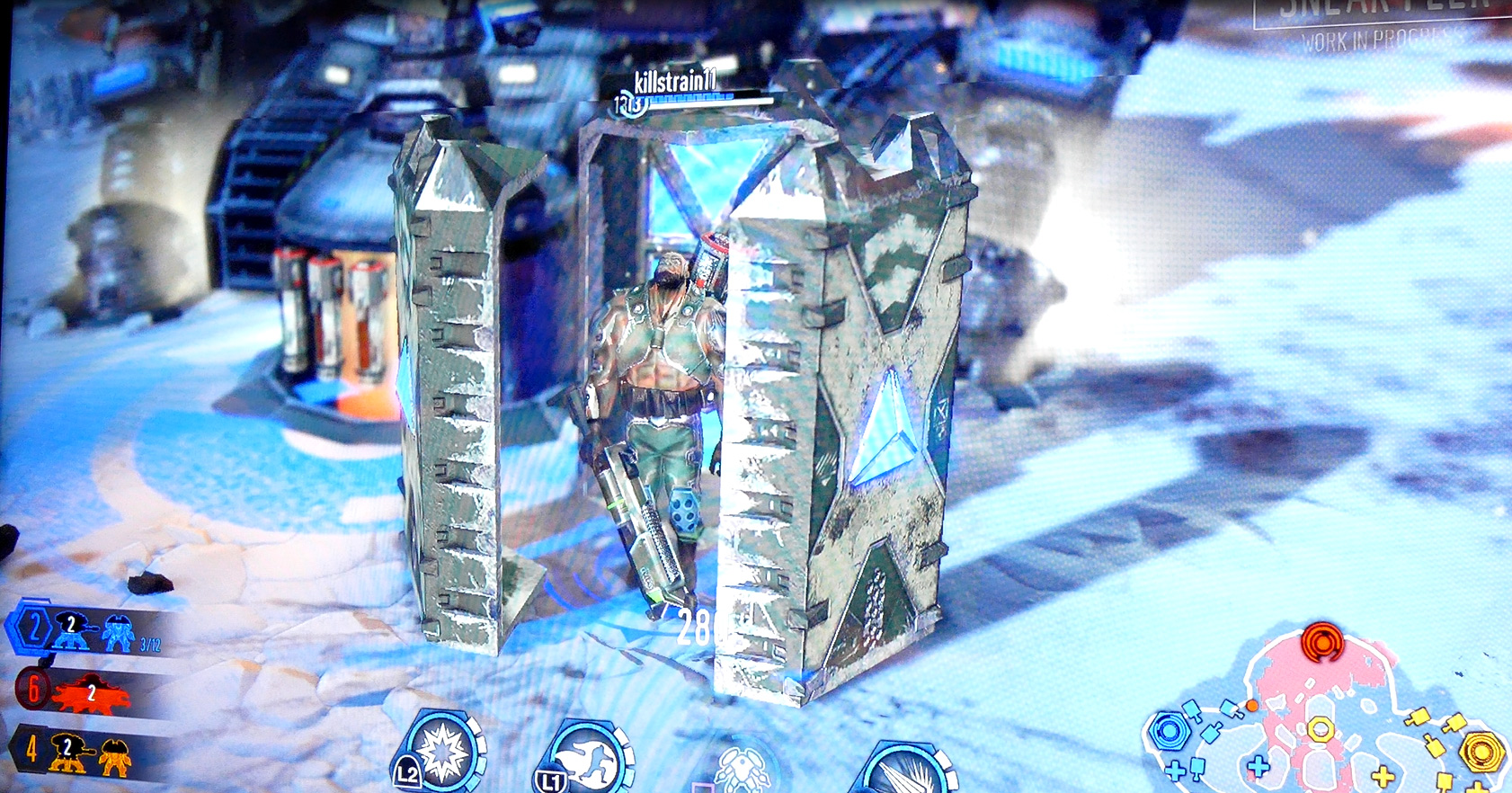 It takes quite a bit of combat to build up your mech transformation, as it should. After a brief ‘oh shit’ transformation cutscene that gives the poor mutant saps a chance to run back to hell, you can go beast mode with flame throwers and all other manner of hellfire. Mechs can traverse the infested terrain with little concern, letting you bring the fight to the fleeing lowlifes and former allies that failed to live up to your standards. Going mech is such a satisfying feeling, especially when you can bait a huge swarm of mutants to tower dive you, only to go mech and counter their assault for a 1v4 quadrakill. Though the process is quite stressful, as you have to choose when to fall back. Should you get too cocky on the offensive, push too far into mutant terrain, and then lose your mech power before you can retreat, it’s a 100% game over.

While my final ally and I managed to hold out after the initial mutant uprising, and even captured the outer yellow faction base for ourselves, it wasn’t enough. The mutants spread nearly unopposed into the yellow faction base, corrupting it for the win. This is a rather unique mechanic as it forces the middle power to team up with the lesser power for a chance at victory. Otherwise even without being defeated yourself, your team will still lose. 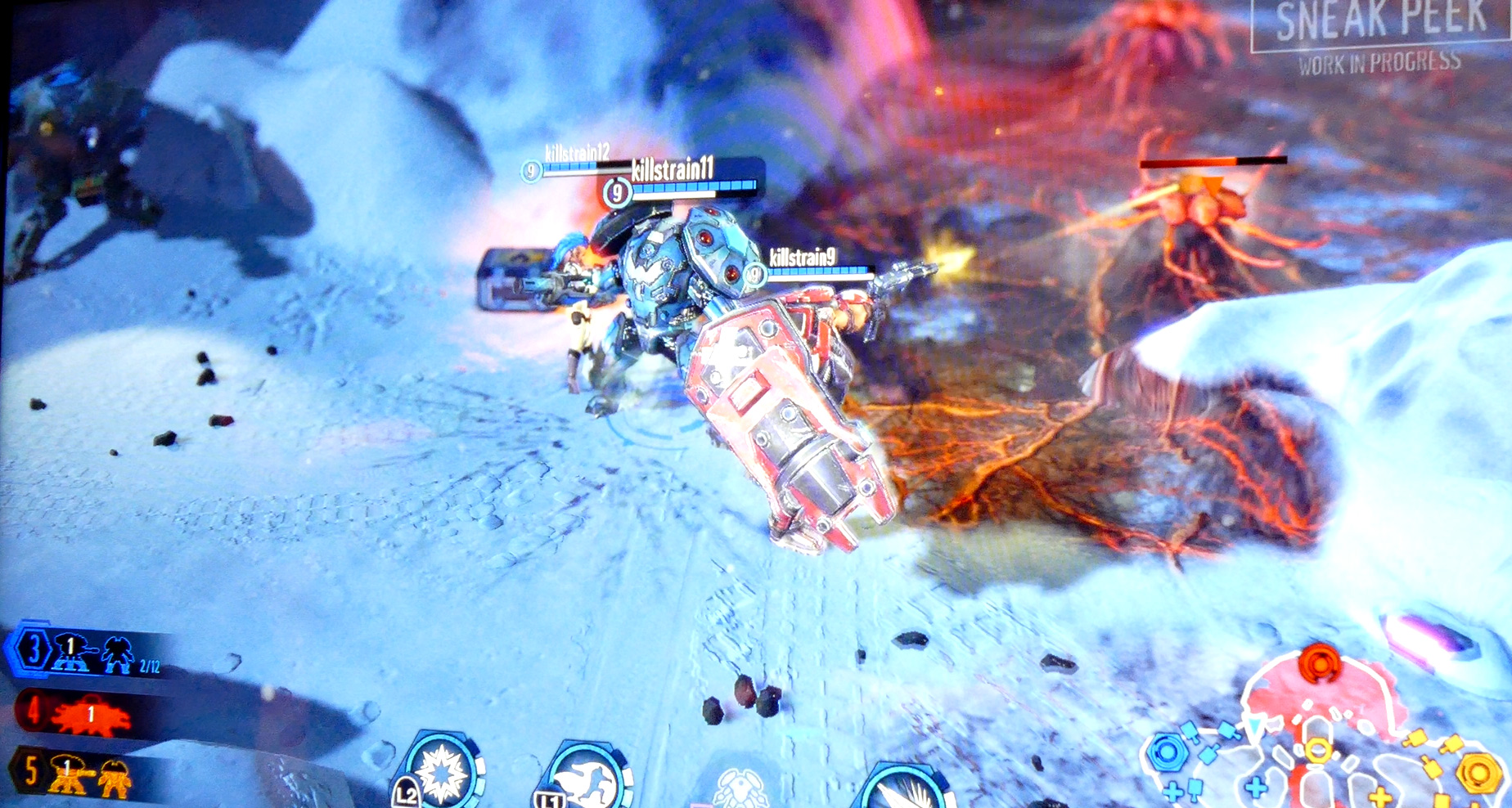 Kill Strain has a lot of solid ideas going for it, and smooth top-down MOBA controls that rarely had me feeling like my character was acting in ways I hadn’t intended them to. Visually its pretty (pretty scary at times), with the map, character models, and skill animations all meeting AAA quality MOBA standards. If this game can’t rock it on the PS4, then there’s just no market for MOBAs on that console. Luckily the initial beta testing is ready to start as early as mid-September, so the grand MOBA experiment will be firing off sooner than expected.