World of Tanks Review (Xbox One) 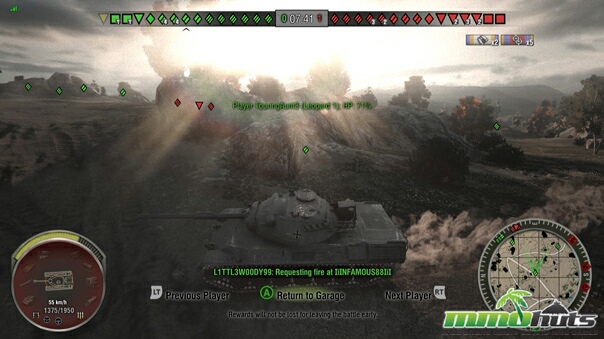 World of Tanks launched last week on the Xbox One. While it is still the same game, with a new audience, there are some differences; rest assured the solid gameplay fans know and love is as solid and complete as ever. But between the Xbox 360 and Xbox One there is visually a world of difference. The game is absolutely beautiful on the next-gen console, and I’ve never been happier to sit on the couch with the rather comfortable Xbox One controller in hand to decimate enemy tanks (or be decimated, as is more my case). It’s still a free to play game with all that that entails, and yes if you played it on the Xbox 360 you can play the same account on the Xbox One (the account data is saved to Xbox Live, so as long as it’s the same account you keep everything and can swap between the two. . . though I don’t know how you could go back to the 360 after seeing this!). 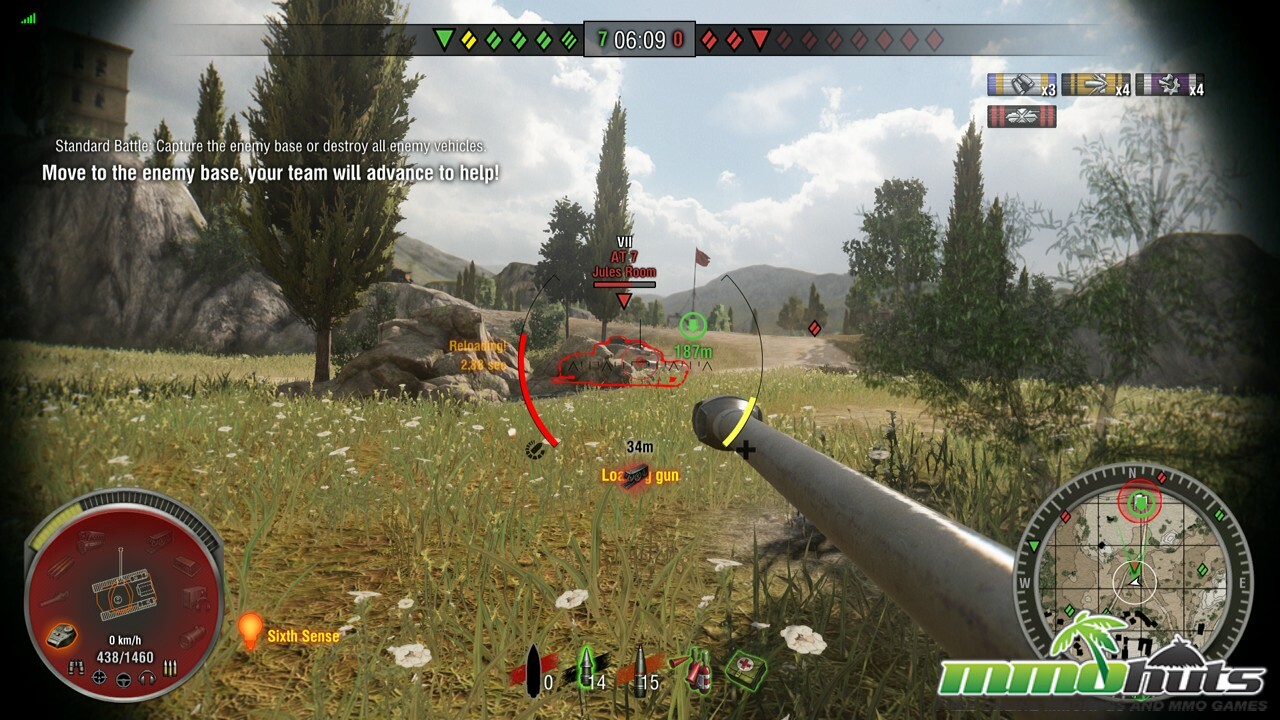 All the awesome 360 improvements, with new visual flair.

But I could gush on and on about how fantastic it looks on console. One of the big arguments has always been “PC needs a higher grade machine and can adjust graphics,” but consoles cannot. Luckily the Xbox One is a much more powerful machine than the 360 and even most gamers’ PCs, and it shows. The sight of smoke wafting in the air, the sound of dirt crunching under tank treads trying to scale a hill that your tank does not have the momentum to scale (which I will cover later), and watching with delight as your tank pushes its way through a German city, smashing against walls and seeing chunks of brick fall, it’s all visually stunning. Kudos to WGA for going all out. This is not just a port from 360 to One. Rather it feels having both such a powerful system to work with, and a single set of specs to optimize for, has finally pulled the chains off Wargaming’s art team to unleash their best work.

There’s a lot to be said about playing on a PC with keyboard and mouse, but many of my favorite tanks are not known for their maneuverability or grace; either way, a controller or mouse will not actively change how I play, and frankly, lounging on the couch with a controller is far more comfortable than being at my desk. The controls are responsive on the Xbox One, even if I did accidentally find myself to be moving my tank backwards sometimes because I got turned around on something silly. But everything I needed was on the controller. Swapping ammo is a snap, the scope controls are smooth, and no complaints on movement controls. And the Kinect makes it incredibly easy to take screenshots or video of fantastic (or awful) things you have done in game. It’s much easier to say “Xbox, take a screenshot,” than to press a button mid battle. It made recording and snapping shots for this article a breeze, and makes me hope that Cortana on Windows 10 will allow the same thing. 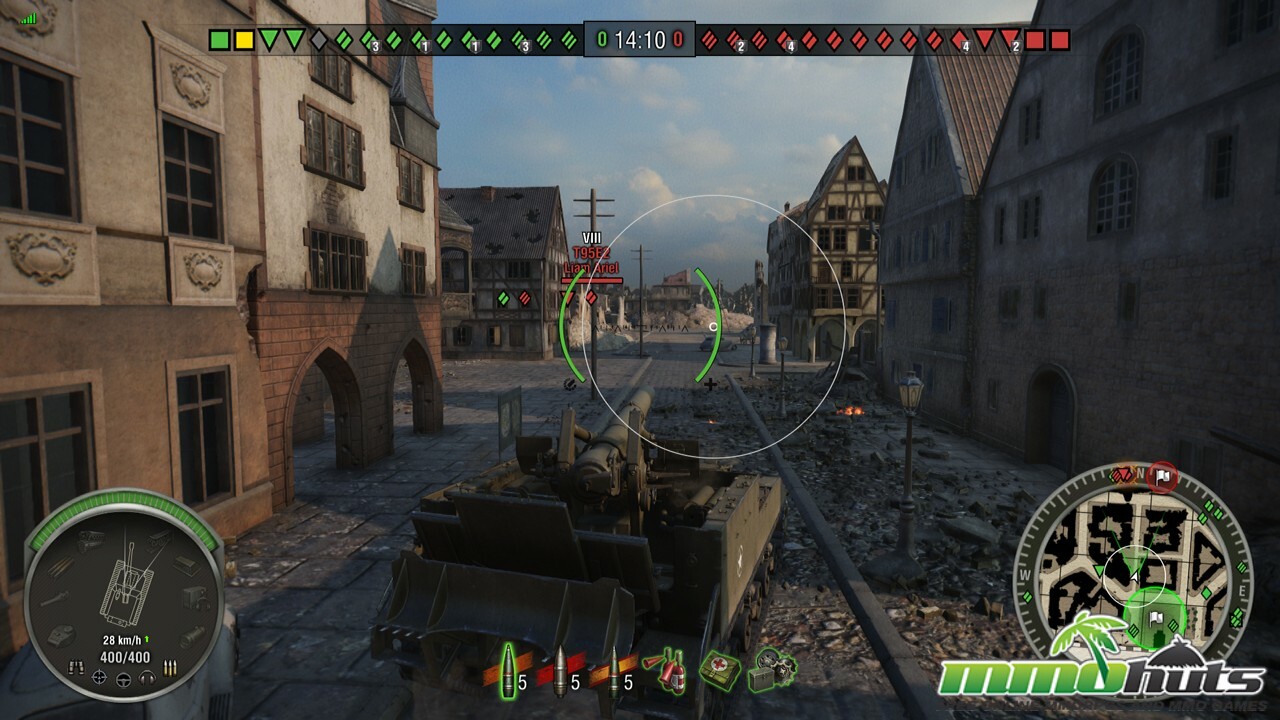 The other stand-out for this release of the game is the updated physics engine. It’s more than simply adding a few effects here and there. Nope it underwent a complete overhaul. I piloted my tank into a wheat and grass field and just watched as the wheat wafted and waved with the direction of the wind. When I fired on a tank, the flames and smoke flicked and wavered with that same wind. Buildings have a brick-by-brick hit detection; I drove downhill at full speed and smashed into a building, taking about a third of it down in one go. The world can be interacted with and used to your advantage in a fight. Firing a shell at a brick building will leave a hole that you can perhaps snipe through if an enemy tank is driving on the other side. One does not simply drive over everything and anything; things that a tank cannot power over, you won’t. But tents, fences, lamp posts, wooden structures? They stood no chance against the power of my massive Russian tank. While I’m no good at wargames, I found myself playing all afternoon, and when my tank would inevitably be destroyed early or late, I’d grab another one and head into a new match to see what other visuals I could discover. 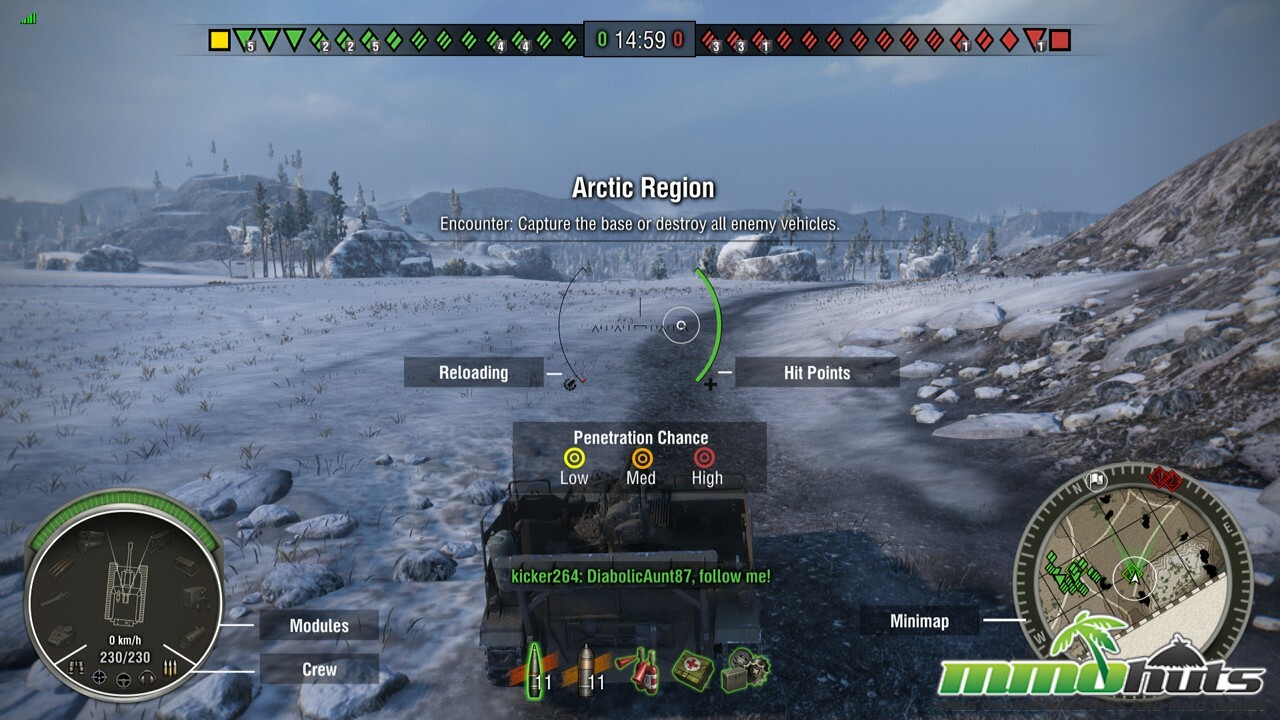 Controls and UI are a dream come true.

All in all, I genuinely enjoyed World of Tanks on the Xbox One. Had I played it on the 360 first, I may not have enjoyed it as much, but I am familiar with PC gameplay. The maps were varied and did not look at all the same, and there were so many clever things going on. Vehicle rotation seems to be much smoother, being able to handbrake to allow cool turnback style maneuvers or move over uneven terrain without losing speed thanks to changes to tank suspension. The UI works well with the console version of the game, and I did not find myself struggling to navigate it at all. I say again that this is more than a simple port of a 360 version of a PC game. Wargaming clearly paid close attention to 360 feedback to hit every nuance of customer satisfaction out of the park. I’m glad that it will also feature crossplay with the Xbox 360, so it will widen the pool of players considerably. It does not have PC crossplay that I am familiar with, but that’s nothing surprising. But this is definitely a great catch for Xbox One owners looking for a new game to try, but without the funds to purchase a full retail title. Perhaps we will see more of the Wargaming machine hit the newest Microsoft console.

[Think I missed anything? Let me know!]

Catch some highlights of my adventures in World of Tanks One below!

World of Tanks on Xbox One Review Gallery