News >
Editorial Articles >
Over Four Months After Release, How Does WoW BC Classic Hold Up?

Over Four Months After Release, How Does WoW BC Classic Hold Up? 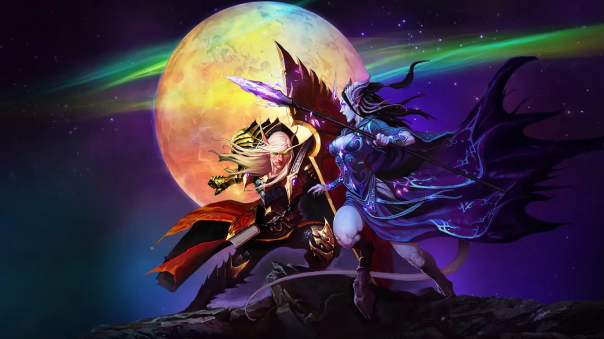 If you want a taste of what it was like to play World of Warcraft back in 2007, you will want to check out World of Warcraft Burning Crusade Classic. WoW BC Classic released on June 1st, 2021, with the promise to recapture the nostalgic experience World of Warcraft offered back in those days. A little more than four months later, how is it measuring up? Let’s find out.

What is WoW BC Classic?

While many players love the modern retail experience of World of Warcraft, plenty of others pine for the days of old, and feel that the classic experience was superior to the modern one.

To answer that demand, Blizzard released World of Warcraft Classic back in 2019. WoW Classic is a recreation of how the game was before Burning Crusade was introduced. But if you want to experience what it was like after Burning Crusade’s launch, you can now play Burning Crusade Classic.

Burning Crusade Classic can be called BCC for short or BC Classic. It also is sometimes called TBC, although Blizzard does not put “the” in front of Burning Crusade for the new version. “The” was only part of the title back in 2007.

Players do not need to pay anything extra for WoW BC Classic. It is included with a regular subscription to World of Warcraft.

What are Reviewers and Gamers Saying About WoW BC Classic?

On the whole, reception of BC Classic has been very positive. Reviewers have praised combat pacing, mechanics, raids, class balance, and the overall experience. But its appeal varies greatly from one gamer to the next. PC Gamer writes, “World of Warcraft: Burning Crusade Classic is badass and uncompromising—more than WoW Classic ever was. Most of you can safely give this a pass and enjoy all the extra time you’ll have for other games, friends, family, and hobbies. But for WoW Classic’s large and devoted community, this is World of Warcraft beginning its transformation into the MMO that took over the world.”

Basically, if you remember playing WoW in 2007 fondly, you will probably enjoy BC Classic. And if you are simply curious about what it was like to play back in those days, BCC will give you a pretty good idea.

What Should You Know Before Playing WoW BC Classic?

Most people who complain about BC Classic are those who do not know what they are getting into. They did not play World of Warcraft in the olden days, and do not realize that it is very different from retail WoW today.

The most important thing to know about BC Classic is that you are going to be grinding a lot. Expect to spend many hours doing it. It will be intense, and at times, it might feel tedious. But it can also be rewarding. As PC Gamer puts it, “This isn’t a game you play, it’s an ordeal you overcome—one that binds players together through adversity and pain.”

The level cap for BCC is 70, and you will need a level 60 character to play. Kudos to you if you level to 60 on your own to do it. But if you want to join in the fun without grinding just to get there, you can purchase a one-time level boost (unless you play a Draenei or Blood Elf).

Something else that can be a big help is to buy WoW TBC gold before you head through the Dark Portal. Basically, make your life easy in the ways that you can—because BCC brings more than enough challenge.

World of Warcraft Burning Crusade Classic has delivered well on its promise, offering a compelling trip back in time. So, level up your character and give it a try. If you are up for a brutal grind, you will love it.