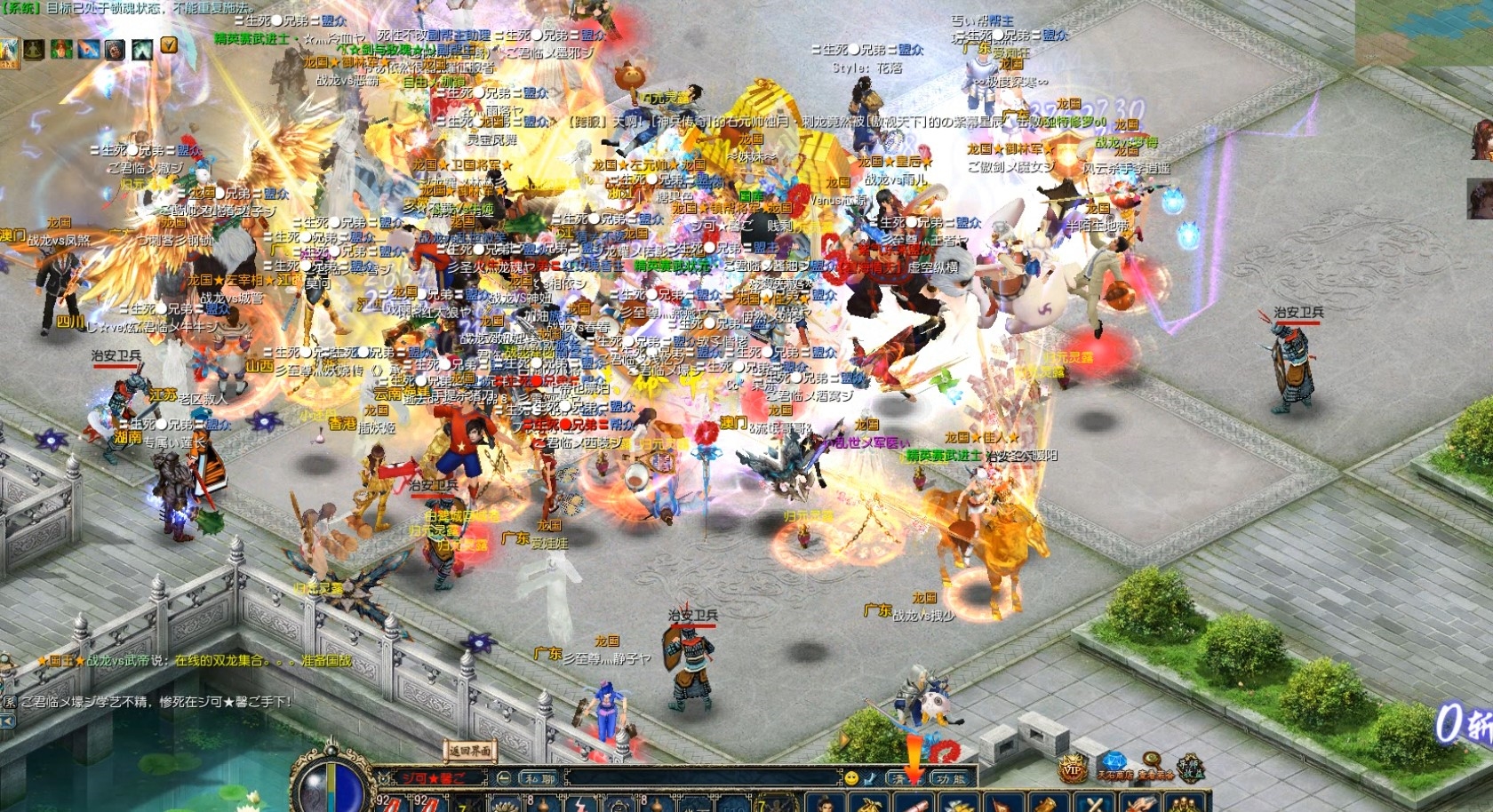 In mid-October, Conquer Online will witness the updates of the first wave of 3.0 features. The new expansion will bring several new concepts that are sure to raise eyebrows in the F2P world. Emperor and courtiers, imperial harem, Official System, the War Chariot and Tempest Wings, all these features and more come together in the long-waited Kingdom War. The Kingdom War is a global PVP event where heroes fight to become controllers of Guilds, Unions, Kingdoms and the whole CO world. Let’s learn more about the brand new features in CO 3.0 Kingdom War. Last week CO 3.0 Kingdom War merged with the Chinese version of Conquer. Heroes found it was a great stage to display their own battle power and fighting skills.

The greatest union on one server will obtain the power to become the monarch of the server after the Kingdom War and the server will become an independent kingdom, and the leader of the union will be the Emperor. A Kingdom inherits all the features of a union and gains even more powerful features. A unique Kingdom exists on each server. The composition of a standing Kingdom should be: an Emperor, two prime ministers and marshals, four generals, ten imperial harems and twenty imperial guards and also includes other unions, guilds and individuals who swear allegiance to the Kingdom.

An Emperor is the sovereign ruler of a Kingdom, and holds absolute power over all. The Emperor has the power to nominate and appoint important officials, imperial guards and imperial harems. Besides issuing leader tokens, the Emperor also has the right to issue the Stipend Token and Shift Token. The partial exercise of power by important officials, provides assistance to the Emperor. Important officials, imperial guards and imperial harems can draw daily benefits and welfare. Apart from these, the Emperor of each Kingdom can wage war against other Kingdoms so as to gain their resources, kill their generals, and even to seize their thrones to become the “king of kings”.

The last talisman in the world of Conquer Online, Tempest Wings! The sparkles were dazzling when heroes wore this glorious item. Besides a resplendent and magnificent look, the talisman lifts heroes’ attributes. Players can get Tempest Wings from finishing a specified quest. An Emperor’s Tempest Wings differ from those of lower ranking players.

“Kingdom War shows the darker side of the world of Conquer” said one Chinese player who has experienced the Kingdom War in the Chinese version. “When you bring your weapons, courage and wits to enter the field, you truly feel that your kingdom needs you! All fighters are fighting for their kingdoms!”