Why is Classic WoW More Enjoyable Than Retail World of Warcraft? 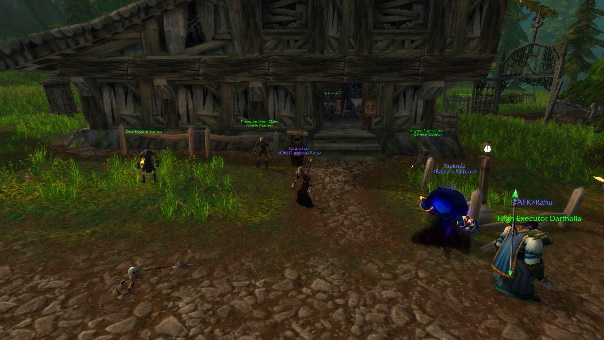 I used to love World of Warcraft. Really, I did. It was the game that I sunk thousands of hours into, across about 13  years. After Wrath of the Lich King, the enchantment of the MMO started to wear off. Dailies were really an advent of Burning Crusade, but they were, in my estimation, tested with the Ahn Qiraj event, way back in vanilla. Over the last couple of expansions, dailies became a necessity: If you weren’t doing them, you weren’t keeping up and weren’t as relevant or important. Classic WoW has seen a major resurgence of people subbing to World of Warcraft again though. I have zero desire to play retail Warcraft, but I did get talked into playing Classic.

Was that the plan all along? Revive sagging numbers with a desperate ploy? Years have gone by and all we heard was “We won’t ever make a Vanilla server, nobody wants that”. Here we are, in 2019, and Vanilla WoW feels far more relevant and important than whatever nonsense is going on in Battle for Alliance. People on my friends list, who haven’t played WoW in actual years, are back, getting together with their friends, and diving back into the content they fell in love with the first time around. So what’s the big secret? World of Warcraft‘s retail edition is not fun. There are people that aren’t going to agree with me, and that’s absolutely fine. But for me, the game simply isn’t fun anymore. The model of “You need to log in every goddamn day” is not something enjoyable. I don’t want my MMOs to be a chore. That’s what World of Warcraft is right now. No matter how much useful, quality-of-life changes the game has, I virtually never see any of my friends in the world. You log on, do your dailies, and you log off again unless you’re a hardcore raider, I imagine. It just lacks that spark the game used to have.

While yes, the grind in Classic WoW is a serious one, and you can’t use all the wonderful quality-of-life changes retail has to offer, that hasn’t been an issue. People are grouping together and helping each other once again. People randomly buff players running by. People are sticking around and grinding in zones, and when lower-level players need help, they show up and lend a hand! There are still trolls, jerks, and people that run around and gank. While things aren’t perfect, and I have a feeling the feel-good buzz will die down before long, it’s a nice trip back in time. You have to work hard for anything in Vanilla, but it doesn’t feel worthless. The game is more personable and doesn’t have the crippling, soulless feeling of the retail edition of World of Warcraft. That’s the big thing about it: It’s fun. I already did my time in Vanilla, but I won’t lie to you about it. It’s been sort of nice to play an MMO, actually, play an MMO with my friends. Now, whether I’ll re-sub after this month, that remains to be seen. For now though, it’s nice to see people coming together, sharing knowledge, helping each other, and actually playing.