NBA NOW Launches on Mobile Ahead of 2019-20 Season 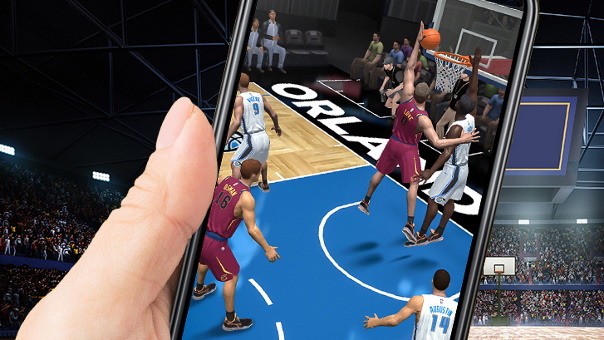 GAMEVIL has a new NBA game dropping onto both Google Play and the App Store today, NBA NOW. In NBA NOW, layers build a customized basketball team starring their favorite NBA stars and compete in a season. The ultimate goal is to win the championship, and it features intuitive one-touch gameplay. The simplistic controls lets players of all skill levels try and potentially enjoy the game. It will also have a variety of game modes and players, uniforms, courts, and real-time NBA stats. These stats will be adjusted as the season goes on.

“Our partnership with the NBA and NBPA allows GAMEVIL to take another huge leap into the mobile sports gaming realm,” said Kyu Lee, President at GAMEVIL COM2US USA. “With simple controls and powerful tools, gamers and NBA fans can build and manage nearly every aspect of their team to set them up for success, and can even take control on the court.”