The King of Fighters ALLSTAR Launches Globally on Mobile 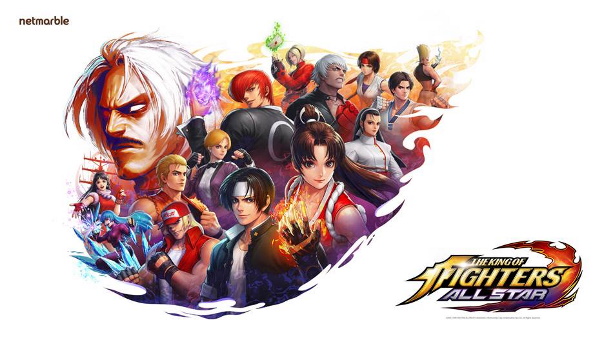 Netmarble’s latest mobile games goes live today on iOS and Android, in a collaboration with SNK: The King of Fighters ALLSTAR. This mobile action RPG will have players collecting and training their favorite King of Fighters franchise characters. The game has characters spanning the entire franchise, from KOF’94 to KOFXIV, bringing the rich history of the games to mobile. Players will fight their way through waves of enemies, larger than life bosses, and even rival teams across a variety of modes. This includes Story Mode, Time Attack Mode, Player vs. Player and a real-time Tournament Mode.

There are over 130 characters to collect and upgrade at launch, with more arriving in the future. Players will take on the role of an amnesiac who is saved by a spirited woman named Noah, who also needs rescuing. After discovering the power to fight as any KOF fighter with their signature moves at their disposal, players enter the King of Fighters tournaments to uncover their memory, become even stronger, and re-experience KOF’s fast-paced fighting history. Thanks to plenty of pre-registrations, there are rewards for players upon logging on. If that’s not enough, there are also going to be a wealth of Launch Events, also listed below.

In addition, starting today, there are new Twitch Loot drops to pick up for the game. Twitch Prime members can claim 10 free battle card tickets (valued at 15 USD). You can go to the following link to claim yours.