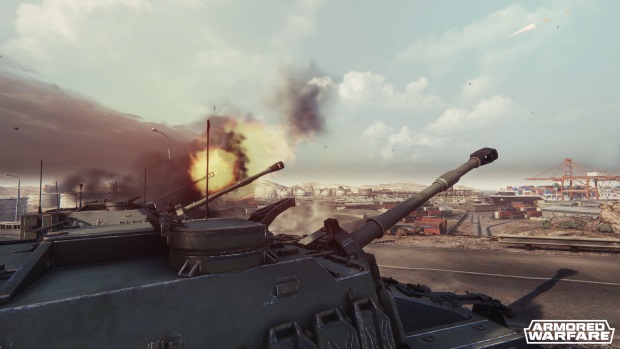 During PAX Prime this weekend in Seattle, Twitch.tv will be showcasing the first ever public demo of Armored Warfare, the massively multiplayer online tactical military game, currently in development from Obsidian Entertainment.

The stream and public debut of Armored Warfare will be viewable on www.twitch.tv/twitch on Saturday, August 30, 8:15 PM BST.

In Armored Warfare, players will take on the role of private military contractors who are called into action throughout a modern virtual world. Overseeing their own personal command base, players will expand, enhance, and customize their headquarters, manage and upgrade their military convoy of vehicles, and train and develop their crews through a robust reputation and experience system. Dynamic environments in Armored Warfare require players to change strategies on the battlefield at a moment’s notice keeping them ever vigilant to the tides of battle.