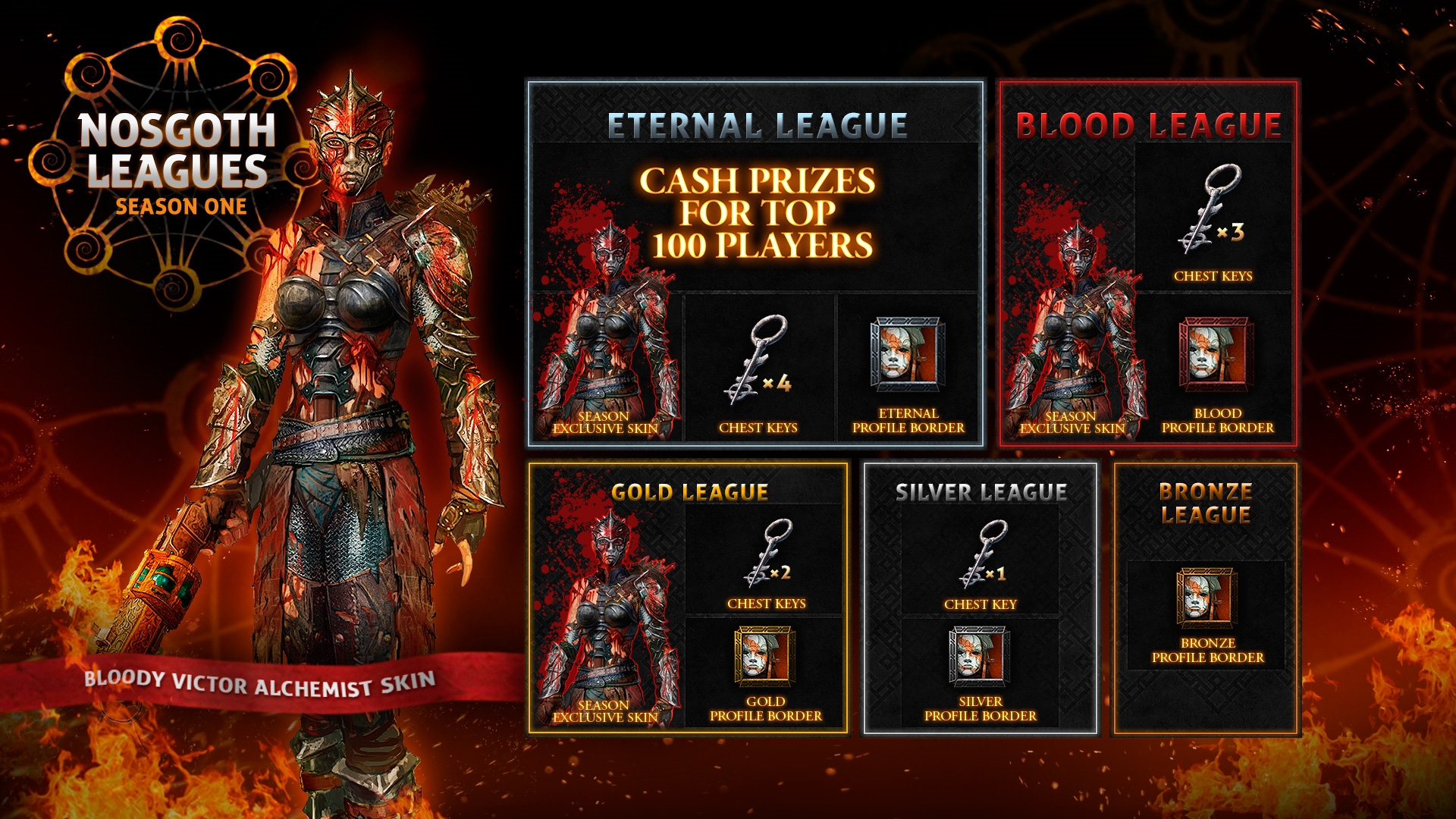 Square Enix and Psyonix are pleased to announce that Nosgoth, the free-to-play team-based competitive multiplayer game, will be launching the first season of Nosgoth Leagues on October 1, 2015.

From October, Nosgoth players will have the opportunity to compete for a top prize of $1,000 each monthly season by participating in Ranked Matches. Prizes will be awarded to all players who finish a season in Bronze tier or above, with the top 100 players (globally) each month receiving a cash reward.

Full breakdown of the monthly cash prize pool is as follows:

Season 1 rewards can also be found below:

“We’d like to thank the Nosgoth community for their continued support through the Alpha & Beta phases of Leagues and are really excited to be able to reward our most loyal and skilful players for their dedication, giving them something back for their efforts and commitment. We hope this is simply the beginning of Nosgoth as a rewarding competitive gaming experience, one which will continue to evolve as and how our community sees fit.” says Marketing & PR Manager Grant Tasker, Square Enix.

“Collaborating with the team at Psyonix to launch Nosgoth Leagues and seeing the response and engagement from the community has been very special for the Nosgoth team here at Square-Enix Montreal. With the launch of Season 1 in October we are focussed & committed to ensure we deliver a competitive experience that the Nosgoth community deserve” adds Sebastian Olscamp, Associate Producer, Square Enix Montreal.