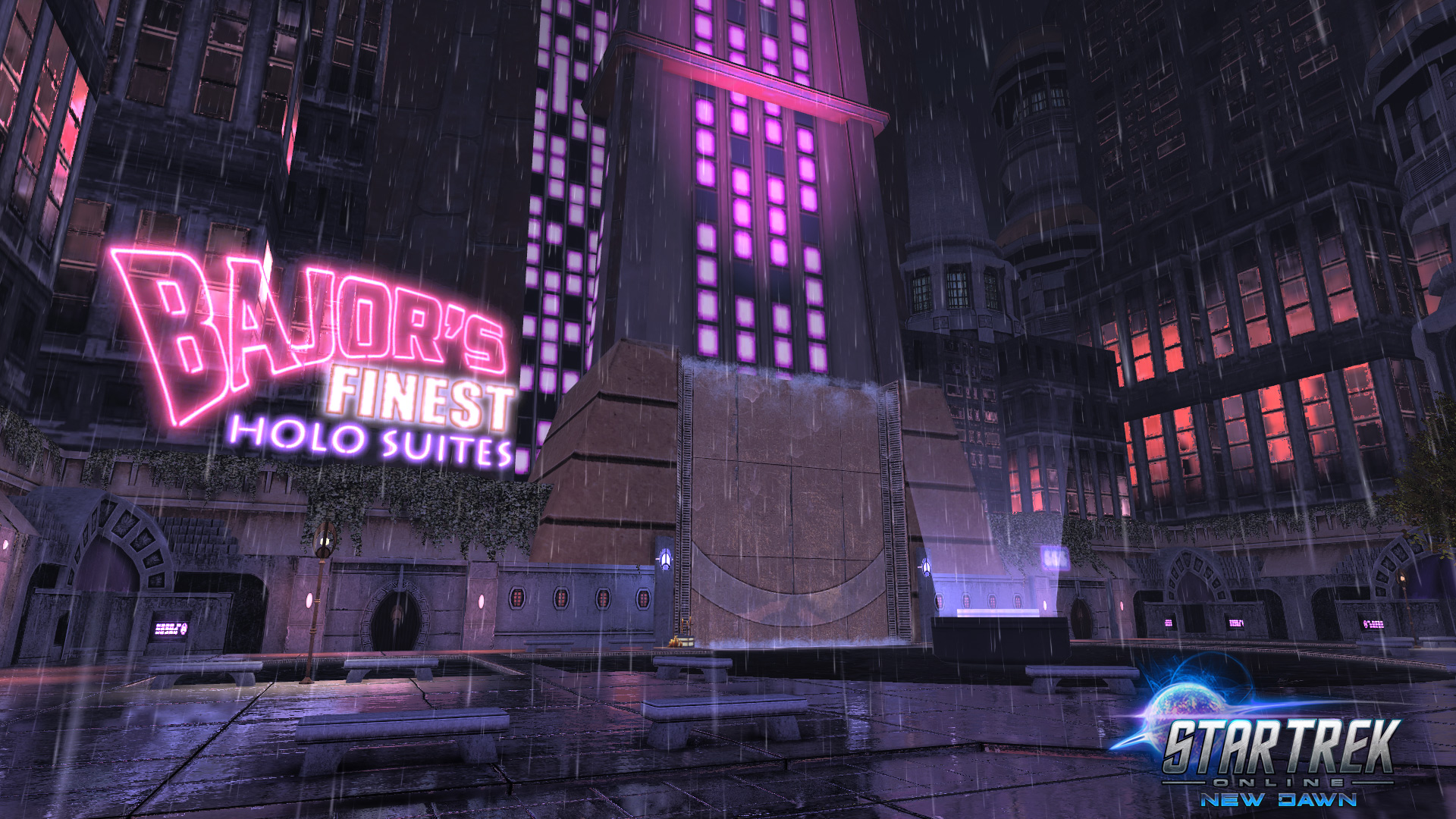 Season 11 for Star Trek Online is rapidly approaching, and with it arrives some brand new content for players to enjoy. To talk about some of these upcoming changes, we sat down with Steve Ricossa, executive producer for Star Trek Online. He had plenty to say about what’s in store for everyone once the update launches. Pleasant surprises are definitely in store for all in this major content patch.

Outfoxed: With season 11 coming, how much playtime should the average player expect?

Steve: Well, it’s tough to say; there’s a fair amount of replayability in queues and in space battle zones. So, that’s kind of a tough number to say, but in general, I would imagine the same you would get out of any queue, space battle zone, four episodes for the Cardassian revamp, and then a couple of launch window episodes for the new story arc.

Steve: Along with the Admiralty system which has a significant amount of play in it.

Outfoxed: Speaking of that system: do you have any details on what kind of ship stats and traits we’d be looking at?

Steve: So, the Admiralty system is a system that lets you have use for all the ships that are in your personal fleet that you may not be flying. All the Admiralty ships you own have their own generally unique stats that give different bonuses based on which ones you use, and you kind of have to tactically choose which ones you want to send on a specific mission. It also means you need to be strategic because you have a limited amount of Admiralty ships available to you.

Outfoxed: So, it’s been said there’s various different types of rewards available for players through this system. What kind of rewards would they be looking at?

Steve: It’s funny because we’re just reviewing the blog right now for the big release of this to Tribble. So you’ll have things like the assignments themselves give rewards. Throughout your progression you’ll improve the rewards from each individual assignment. We have a main progression that will take a significant amount of time to fill, and we have a shorter progression that we call “Tour of Duty” that will take a number of days to a couple of weeks to fill, and there will be a substantial reward there. Our goal is to have a unique reward per campaign. We will have at least one campaign but hopefully more if time allows. Each campaign is set to have unique tour of duty rewards, so that way each one of these campaigns you can think of as crafting schools as they have their own unique rewards and their own unique flavor.

Outfoxed: That does sound interesting.

Outfoxed: Very nice. Now, obviously a big thing would be Chase Masterson reprising her role as Mirror Leeta. Is that kind of a thing that might be happening — expanding on the mirror universe aspect of Star Trek?

Steve: Definitely for season 11 that’s something that we’re doing: taking a look at the mirror universe and the Iconian war on their side of the dimension panned out and how it kind of affects us. Diving into that story a little bit through the queues and the space battle zone is definitely something we want to explore. Getting Chase Masterson back is absolutely great. We’re looking forward to having her in studio here to record her lines and she’s looking forward to it as well.

Outfoxed: Deep Space Nine is one of my favorite Star Trek series, so hearing that made me pretty happy.

Steve: Yeah, it’s definitely my favorite. It’s the favorite of quite a few people on this team.

Outfoxed: That’s great. Last real question I have: are there any sort of surprises coming up that you can elaborate on? Obviously, you can’t say much, and players would want to experience it. Anything that might be unexpected? 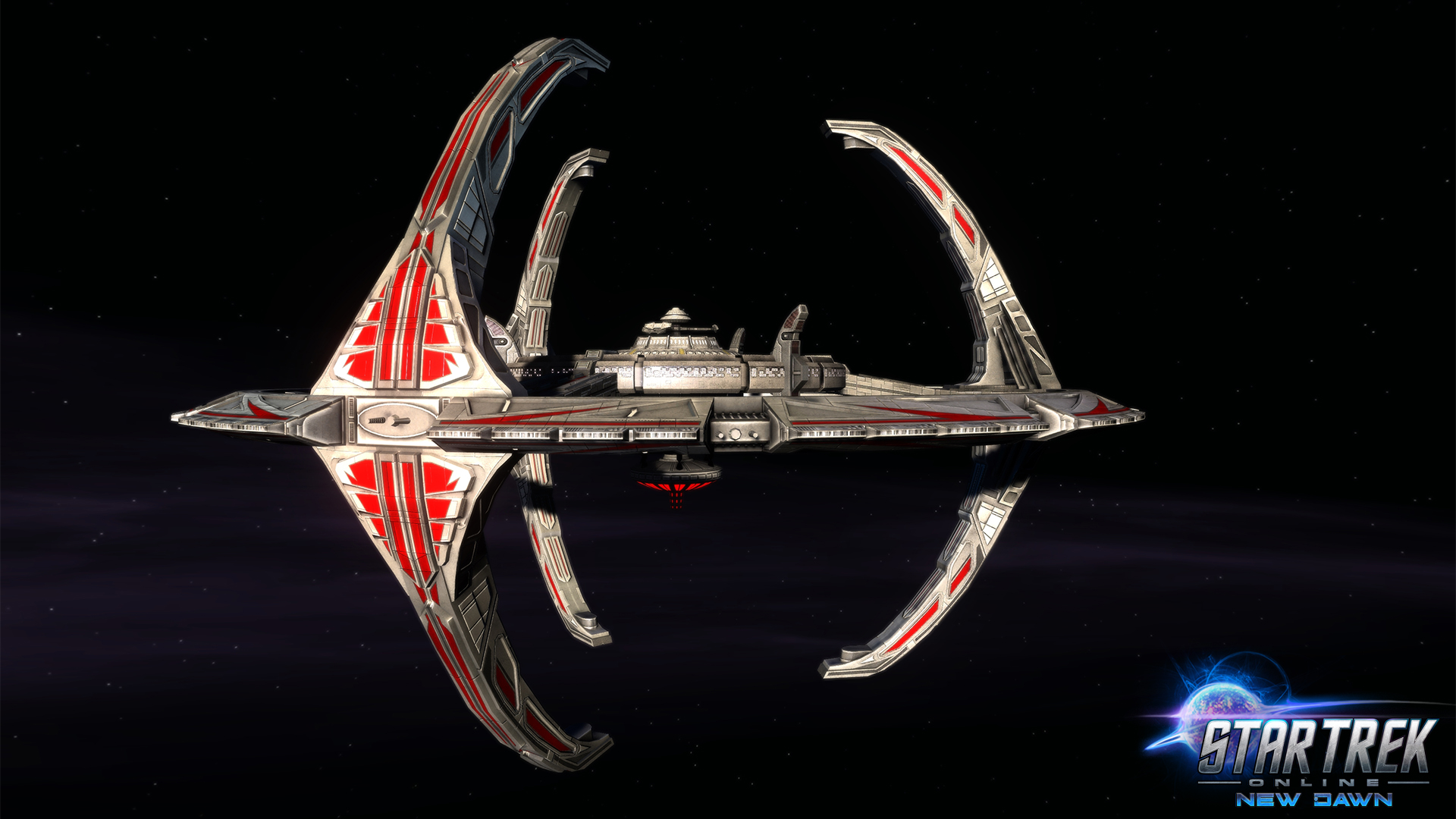 Steve: I think, for me, and I’m not going to give any specifics, but I feel like one of the most surprising things is between the two episodes there’s a character introduced that actually ties into two separate episodes of two different series of Star Trek. It just ties together so well; I just love it, right? When you kind of figure out who this guy is and where he comes from and his kind of whole cycle, it’s really cool. I don’t want to get too into it, but we’re getting into more time travel this season, right? We just closed out midnight with a finale that’s getting great reviews from the community. So all the different factions use time travel for dealing with that fallout. We’re definitely taking that time travel theme forward into season 11.

Steve: Again, we have the Cardassian arc revamp which held a four episode arc, which is very cool. We’ve got the brand new episodes telling a new story for the rest of 2015 and into 2016. There’s the Admiralty system which is an incredibly fun and really engaging system we’re currently enjoying internally. Then we’ve got two really awesome queues, one of which is on Tribble right now, and the really cool space battle zone that will be coming up on Tribble soon as well. Definitely plenty going on this season.

Outfoxed: Well, great. That’s all the questions I have. I appreciate you taking the time to speak with us.

Steve: Oh, not at all; anytime!

Steve Ricossa is the executive producer for Star Trek Online, a free-to-play massively multiplayer online game based on the popular science fiction franchise. A native of San Jose, California, he joined Cryptic Studios in December 2008, working his way up the ranks from a temporary QA Tester to his current position of executive producer. Prior to joining Star Trek Online, Ricossa worked on arcade cabinet games and many handheld and PC titles from a variety of publishers. He originally made his transition to the gaming industry in 2006, deciding to shift careers after several years as an EMT. Follow Ricossa on Twitter (@Salami_Inferno) or on Reddit (Salamiinferno.)