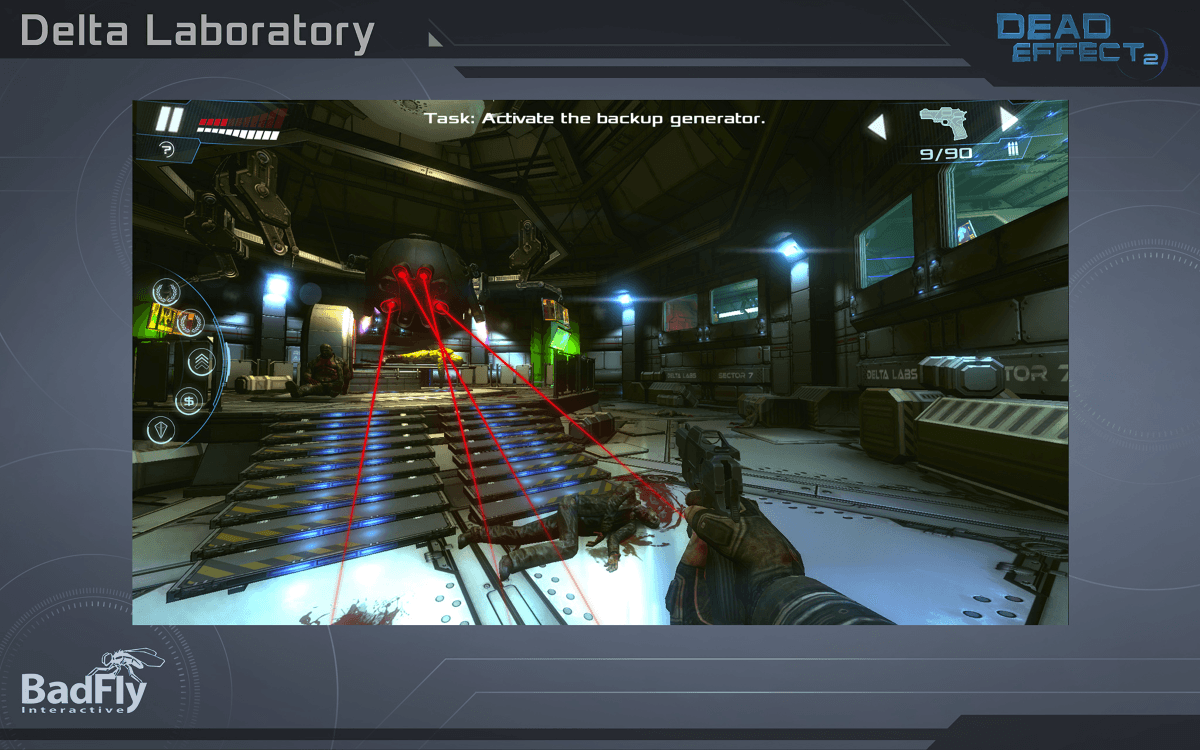 Fans of Sci-Fi FPS Dead Effect wanted more and indie developer BadFly Interactive promises to deliver. Dead Effect was previously released on PC via Steam™ (8+ million downloads) and the sequel is going mobile on iOS® and Android™ with a scheduled release date of early September 2015.

Dead Effect 2 offers intense action and thrilling gameplay, and picks up where its predecessor left off, at the ESS Meridian. Evil still lurks. Facing monsters more dangerous than creepy undead zombies, you are challenged to discover the source of whatever-it-is trying to enslave your mind… Gear up, load up, and get ready for FPS fun, all rendered in glorious detail with optimal performance for use with the recently announced 4K TV-Shield console with X1 chip – courtesy of a recent partnership with NVIDIA®.

Dead Effect 2 offers an action-packed gameplay experience not to be missed. An expanded upgrade system allows for hundreds of cool items, extras and accessories, and special implants are now available making your character almost invincible! With its clever mix of action, strategy and exploration, Dead Effect 2 will impress, and is a lot more than a zombie-slayer.