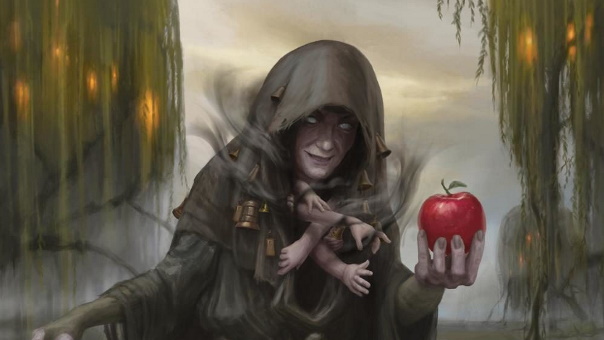 As always, thanks to MTG Salvation, linked below, for the spoiler art/cards.

On September 26th, 2019, the next Magic: The Gathering expansion hits MTG Arena: Throne of Eldraine! With every new set, there are new mechanics, new characters, and of course, outstanding new cards to try out! Some of them will affect more than the Standard Meta, though. Some of them, like Once Upon a Time to me feels like it could really affect pretty much all modes of gameplay. An instant you can cast for free if it’s the first spell you cast in a game? You can look at the top five cards, reveal a creature or land and put it into your hand? For free? Then you can just hard cast your next ramp/land seeking card. It’s brilliant. Throne of Eldraine offers us something new, with the fairy-tale story/vibe. Wolves that blow houses down, Food Tokens, new Planeswalkers, and of course, more Fairies than you can shake a stick at. Before I highlight some of my personal favorite cards, let’s talk about some of the new mechanics.

Adventures: Certain creature cards will also have an Instant or Sorcery ability attached to them: These are “Adventure” cards. These cards might look pretty complicated at first. After all, there’s no room on the card now to explain what these Adventures do! It will become clear with a brief bit of explanation. If you cast this card as a creature first, it casts as normal. Ignore the Instant/Sorcery feature, because it is simply a creature. You can counter it, kill it, whatever you need to do. However, you can cast that Spell part of the card instead (Instant or Sorcery), at the proper speed. It can be countered or dealt with as all spell cards, but if it should resolve, the card exiles, instead of going to the Graveyard. This card, now on an Adventure, can have the Creature portion of the card cast as long as the card in question is in exile and on an adventure. Basically, you get a spell that can also cast as a creature, or you can just use as a creature if that’s what you need or want to do. The cards look sort of complex, but they aren’t.

A proper example of how this works is Murderous Rider. This is a 2/3 black Zombie Knight with Lifelink. It costs 2 black 1 colorless to cast as a creature. As a creature, it returns to the bottom of the owner’s library when it dies, so it’s always going to come back (unless it gets exiled). It also has an Adventure – Profane Insight, and has the same casting cost, and is an Instant. Casting it as an Instant destroys a target creature or planeswalker and you lose 2 life. Then the card is exiled, and you can cast the creature. The best part is that if the creature dies (say, if you sacrifice it), it goes back to the bottom of your library. Then you just need to shuffle/fetch it somehow.

Adamant: This ability is a bit clearer, compared to Adventure, since it’s displayed on the card. In the realm of Eldraine, there are five courts (each matched to a color) and each has its own virtue: Loyalty, Knowledge, Persistence, Courage, Strength. It’s adjacent to Ultima if you will. Cards with the “Adamant” feature reward the player if they spend at least three of a particular color to cast them. Since I’ve only seen a few Adamant cards, but Embereth Paladin is a good example. It’s a 4/1 red creature with haste. If you spend at least three mana to cast it, it receives a +1/+1 counter when it hits the battlefield. This one is nice and easy. For dual-colored/mono-colored decks, this will be very rewarding. This will also be great if you simply have a three-colored deck but plenty of mana of the appropriate color.

Food: I love food, but that’s no surprise. There’s not much better in life than a tasty meal. Throne of Eldraine adds “Food Tokens” to the game in a variety of sources. Food Tokens are artifacts with “Tap 2 Colorless, tap it, sacrifice it: You gain 3 life”. It’s a fantastic way to get some life back in a clutch moment, but some creatures use these as well. Here’s a good example of using the Food Tokens, with Feasting Troll King. It’s a 6 drop (4 green 2 colorless) with Vigilance and Trample. This 7/6 Troll Noble creates 3 Food Tokens when you play him onto the battlefield. You can sacrifice three Food Tokens to return Feasting Troll King from your graveyard to the battlefield. This can only be done on your turn though. There will be a wealth of ways to use Food Tokens, I’m sure. This is the easiest of the new mechanics, and I think it’s going to be equal parts frustrating and fun.

So what cards are going to be powerful? There are too many already, but I’m pretty excited for this set. I’ll try to focus on one or two cards per color. This is not an exhaustive list of everything shown off so far, so please bear that in mind. I just want to highlight some fascinating cards. 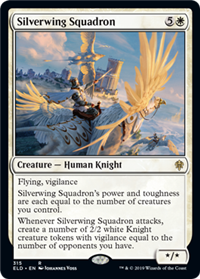 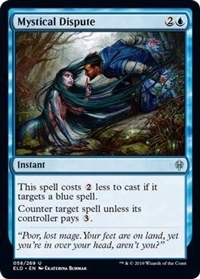 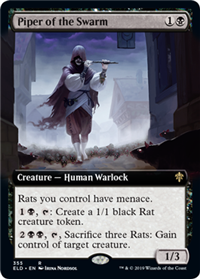 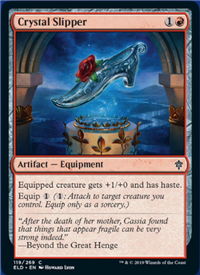 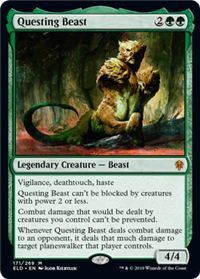 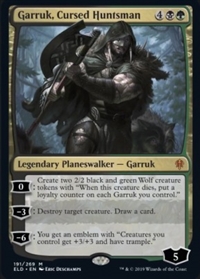 What cards are you excited for? Let us know below!