The Basics of Dark Knight 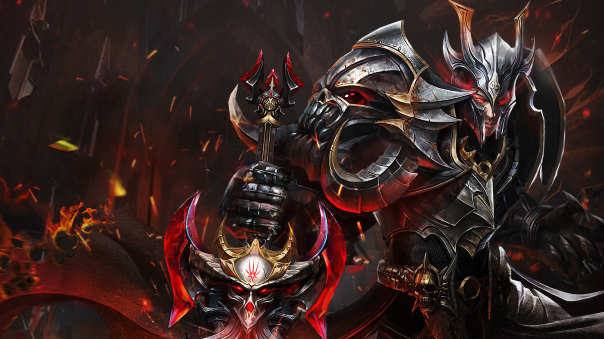 Dark Knight is a free-to-play browser MMO ARPG (action role-playing game). Built on the Fancy3D Engine, DK offers immersive 3D graphics that remain accessible for players on modern browsers. The game tells the story of a devil hunter who carries the blood of the gods, who sets out to overthrow seven devil kingdoms.

In addition to common RPG progression through leveling and gaining power and equipment, Dark Knight includes additional features like Relics, Mounts, Wings, Marriage, and more. Players can also recruit the assistance of one of 14 goddesses to aid in battle.

There are two key professions: Sorcerer and Slayer. At a certain level, players can transform into the third profession, Devil Hunter.

The Sorceror uses the Destiny Star Card as a weapon, and are powerful at divination. Belonging to the Eye of Omniscience, they can foresee the future, predict life and death, and cast fortunes.

The Dark Knight uses the Abyss Sword as their weapon, and served as the strongest knights of the kingdom. Now they fight on the front lines, looking to become more ferocious than the devils they battle.