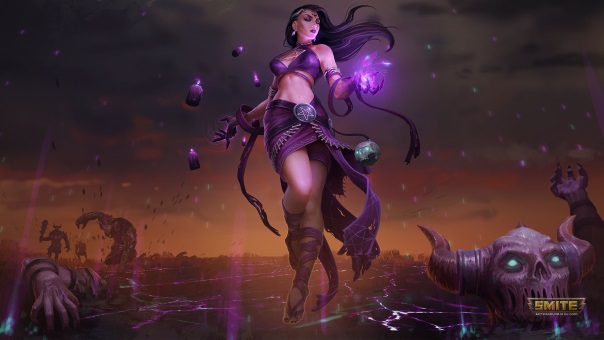 So, SMITE‘s patch notes for next week were yesterday, and while it wasn’t the biggest set of changes we’ve seen this season, there are a few big things to cover here. Arguably the biggest update is that Nu Wa is getting a skin that isn’t Tier 1, that isn’t an exclusive/limited! That’s right, she’s going to have a Tier 2 skin that you can just… you know, purchase! I cannot tell you how many DMs or messages across social media I received from people who were hyped about this, and wanted to make sure that I knew about it. Trust me guys, I ended the Paladins stream early just so I could watch SMITE Patch notes. There are skins for direct purchase, such as “Wild Druid Artio” and “Dark Summoner Nu Wa”, and the other skins you’ll see a bit later on. So what are the focal points of today’s piece? Well, glad you asked:

Hachiman, Lord of the Eight Banners: 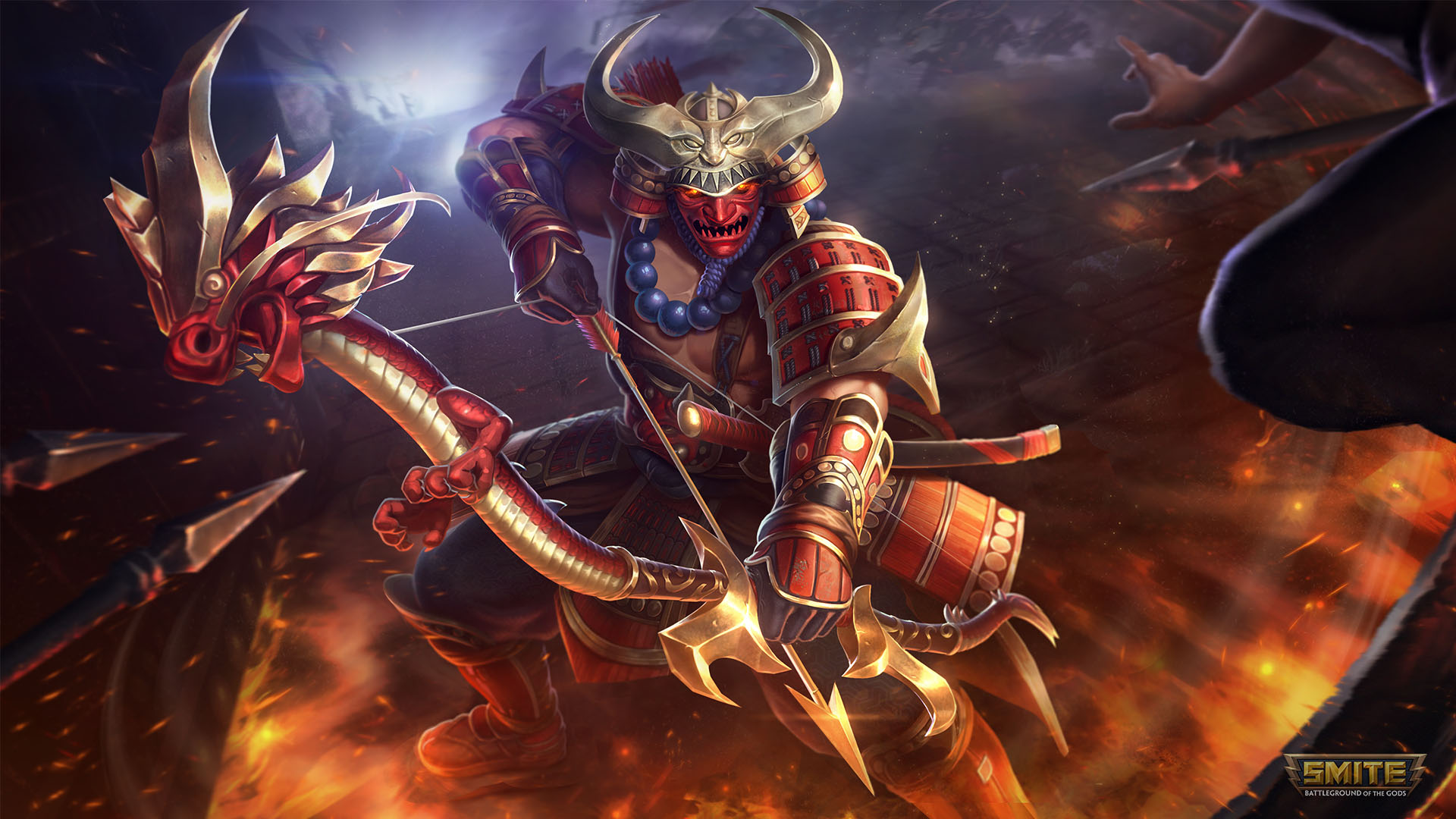 So the latest Japanese God to come to the game is also a Hunter! So now they have two, in Izanami and Hachiman, Lord of the Eight Banners. Utilizing elements of Shintoism and Buddhism, Hachiman is the Japanese God of Archery and War. So it’s only fitting he uses the Japanese style bow and also wields a blade quite deftly in his kit. He was also the tutelary God of the Minamoto Clan, but his worship grew as time passed as the Kamakura Shogunate took hold of the land. His kit isn’t quite as complex as some of the other Gods that we’ve received lately, but I feel like he’ll have a pretty decent skill ceiling, with timing the use of his abilities. They’re all very key to success with Hachiman.

The Odyssey Returns This Patch: 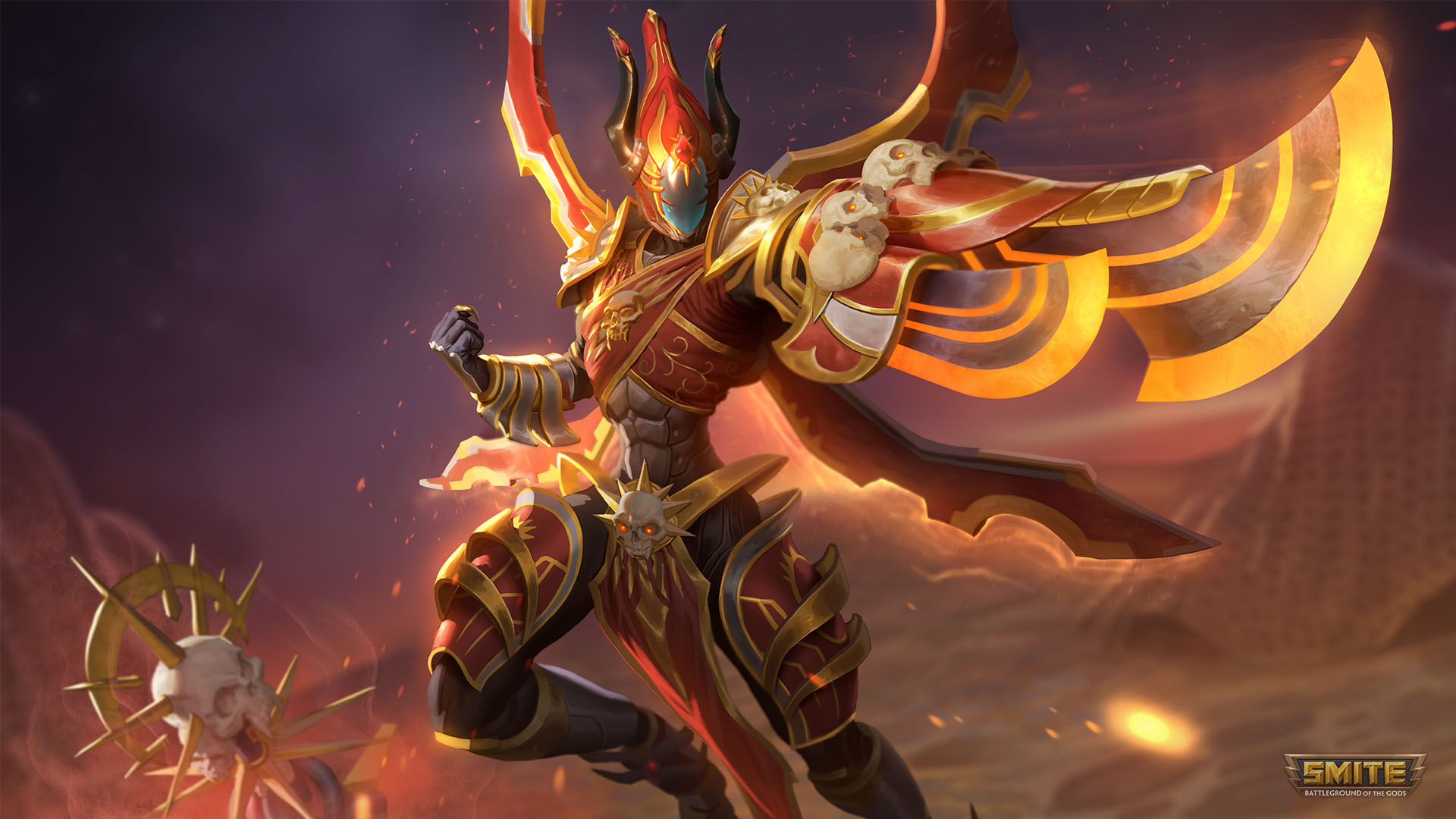 One of the things I absolutely love about this Odyssey for Season 4, is that it follows the actual SMITE Canon! We’re going to follow Ares and Athena in the wake of Zeus’ demise (the story that came in the Smite comics). It’s entirely based on the Smite Comic Book universe, which is fantastic and I highly advise seeking them out. The patch notes had this to say concerning the Odyssey:

“This year’s Odyssey begins in 4.17, and we’re going to be releasing awesome Skins and more for the next eight patches! Journey with Athena and Ares as they cover the world in the wake of Zeus’s death, based on the SMITE comic universe. Once again players will be able to complete Odyssey Quests and gain Odyssey Levels to move them closer to obtaining the Tier 5 Ullr Skin as the ultimate Odyssey Reward! The items released in 4.17will be discounted until the next patch releases, so be sure to act quickly and save some Gems! For additional details, check out the Odyssey 2018 website and FAQ.”

It’s pretty simple stuff. You can either spend gems to get through it quickly, or you can complete the quests and progress that way. Players will receive a free item for every 3 Odyssey levels as a bonus, and collection bonus items can be earned by questing (You don’t have to put money in for it)! Each patch will come with 7 quests, and completing them will give an Odyssey Level. This will go on for the next eight patches, each with new items to acquire and new quests to complete. The current items we can look forward to are: “Void Piercer” Ah Muzen Cab, “Storm Tech” Chaac, and the “U want Sum?” Thoth Avatar. The bonus items are a Cutsey Avatar Chest Roll, and the “Fire and Ice” Loading Frame. I love the Odyssey, and I hope that people get into it much the way they did last year. And that Ullr skin? Whew, doctor. 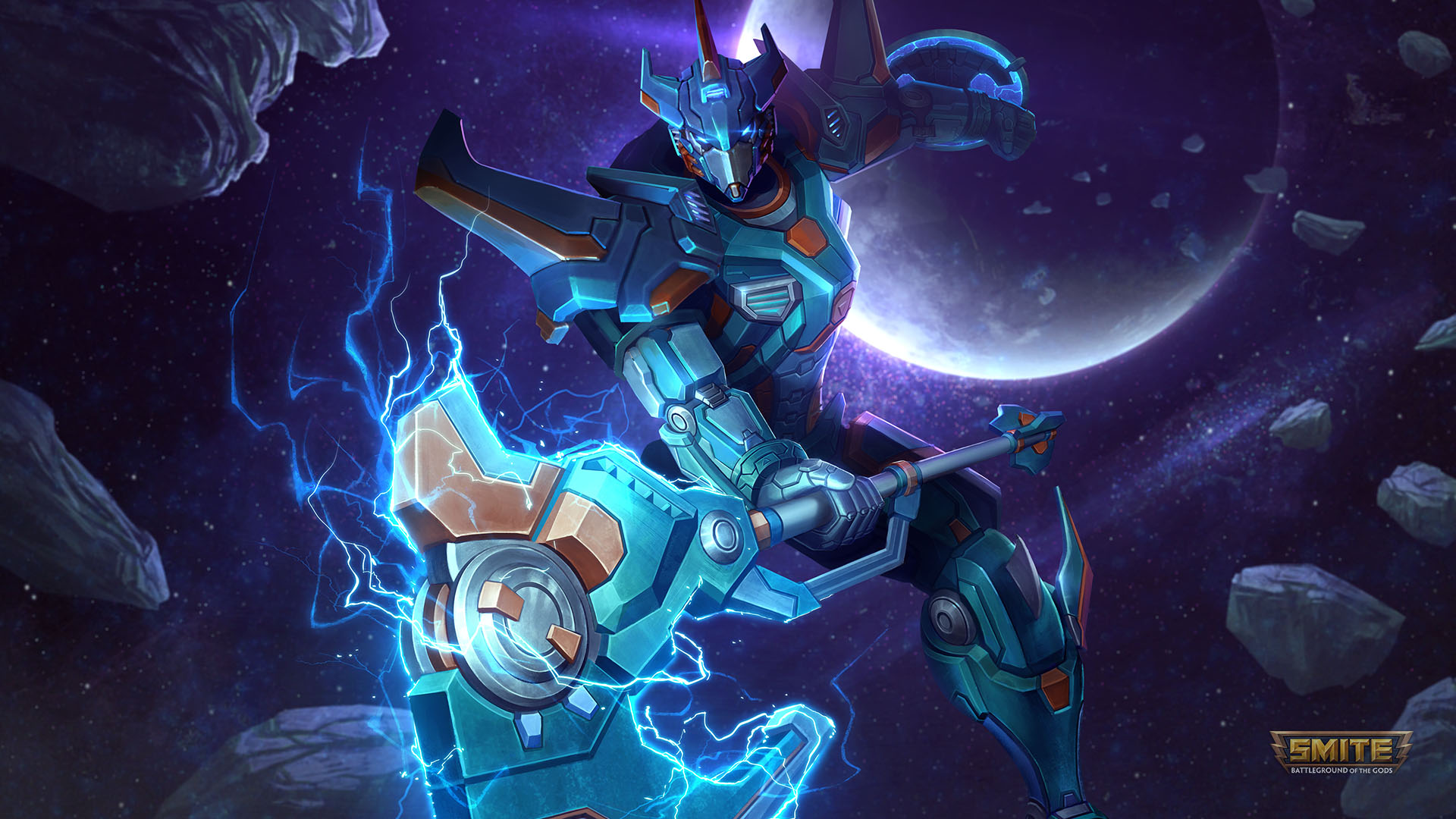 Personal Opinion: HAHAHAH. SUCK IT, WARRIORS. They should continue to get nerfed into unplayability! Then Guardians will overrun the solo lane! Slowly, Guardians will take over the whole of the conquest map, as is their birthright. Now that I got that out of the way…

Professional Opinion: Odin, Ravana, and Sun Wukong received pretty decent adjustments across the board. The 5 point movement speed reduction I don’t think is such a big worry, and Zeus received +5 to his movement speed because of he kind of needed something. Odin lost some power in his Movement Speed on “Path to Valhalla”, and the Full Shield damage from “Raven Shout” went down 10% (15 from 25), which I think is a godsend. He’ll still be a threat, but he’s not going to obliterate everyone forever, I think. Ravana saw an increased cooldown and decreased damage mitigation for his Mystic Rush (now it scales on the damage mitigation), which I think is something he direly needed. He was just strong right out of the gate with 40% damage mitigation from it. Sol received a quality-of-life improvement in that you’ll see a new targeter for “Stellar Burst” to see where it will fire and when it will stop. Definitely nice. Hel took a minor nerf, decreasing her “Decay” radius down to 12 from 15, and the targeting looks a little cleaner. “Inspire” loses some of the movement speed for allies (down to 10% from 25%) but Hel still gets the full deal. She was incredibly powerful, too powerful. I heard many tales (and experienced for myself) of Hel absolutely ruining Ranked Conquest with her insane strength. I don’t know if this will cut it, but it will go a long way from making her “Pick or Ban” (in my opinion, don’t @ me), to “Hel? Dodge, someone’s picking Hel”. These aren’t major changes, nor are they “changes for change sake”, but these are a good way to see if these adjustments will be enough, or if these Gods are still a bit too strong.

How do you guys feel though? Excited? Disappointed? Want to see something special in the Odyssey? Let us know below! Full Patch Notes are also below.