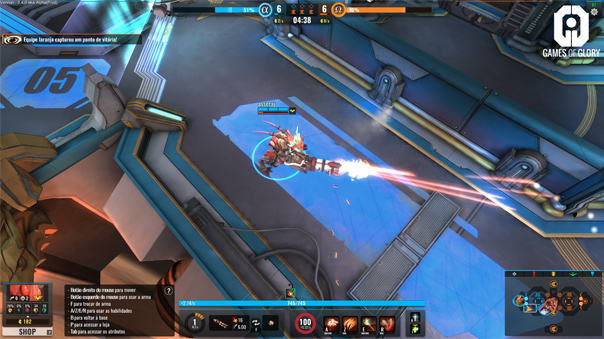 Today, French/Swedish developer Lightbulb Crew announced that their long-awaited MOBA-Shooter hybrid, Games of Glory, has now launched on Steam and is available starting today. To kick off the launch, Lightbulb Crew has released an all-new trailer to get players hyped for entering the arena. The game is now available on Steam: ready, go!

“The response from players has been fantastic, and we couldn’t be more excited to launch on Steam and introduce the game to a worldwide audience,” said Anders Larsson, Co-founder of Lightbulb Crew. “We plan to do regular content updates often, and we even have a huge game-changing post-launch feature coming in the next few weeks that is truly something never before seen in a MOBA game.”

Seamlessly blending multiple genres, Games of Glory borrows the fundamentals from MOBAs and integrates faster action controls and the flexibility in weapon choice from shooters. Action-packed — yet team-oriented — Games of Glory offers combat mechanics that provide real-time targeting control, a multitude of equipment combinations, and a free weapons system where weapons can be swapped in the heat of battle all lending itself to quick and chaotic battles!

Designed for strategy and team work, players must work together with their respective teams to conquer their opponents through a variety game modes with objectives such as destroying their rival’s bases or annihilate key players. In Games of Glory, players cannot take a single victory or defeat for granted as each battle will affect the outcome of this living, persistent-universe. Join the fight now.