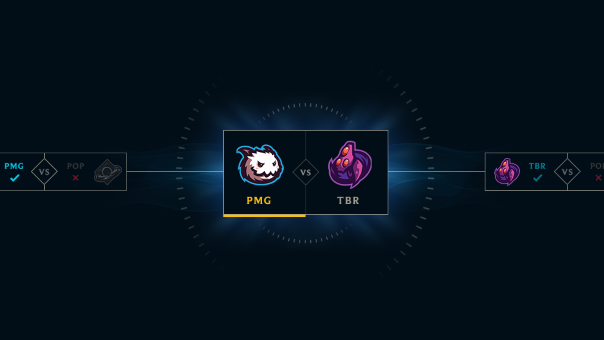 Earlier this week, I had the chance to interview Riot Games’ Leanne Loombe, who is the Product Manager of the upcoming Clash mode. Clash is a tournament mode for League of Legends, automated and will have five players team up to fight for glory and prizes, for players of all skill levels. It promises to be an all-new way to approach League of Legends and could very well foster team-work and positivity in the League of Legends community. It was a pleasure to chat with her, and this is what we now know about the Clash system:

[JASON]: Clash is an upcoming mode for League of Legends where players can team up and play in regular tournaments for glory and prizes. Are there any requirements/restrictions on players entering?

[LEANNE]: In order to play in Clash players must be level 30, played their placements in an SR queue and also be Honor Level 2 or above. When entering Clash for the first time players will need to verify their League account by connecting their phone number to Clash. This helps ensure that players are using their main account.

[JASON]: How will seeding for these tournaments work? Will a players ELO/MMR be taken into account?

[LEANNE]: Clash has a separate MMR system to Ranked MMR. In order to determine a players Clash MMR we use the players Solo and Flex MMR plus their performance in Clash. We recalculate a players Clash MMR every time they enter a new Tournament to ensure they are always playing at the correct skill level.

[JASON]: What will the format of the tournaments be (Single/Double Elim) and is there a time limit for players to get their matches squared away? How much notice will players have that they will be playing?

[LEANNE]: Clash is a 3-day single elimination Tournament with a slight hybrid as players also have the opportunity to the player in a “consolation” bracket if they lose their first match of the bracket. The consolation bracket doesn’t count to the overall tournament but does provide players another chance at getting more awesome prizes. Over the 3 days of Clash ,the brackets get more intense. Starting with a 4 team bracket on the first day, moving onto an 8 team bracket on the second day and then a 16 bracket on the final day. The cool thing about Clash is that it is very flexible. Teams can play 1, 2 or 3 days starting on any day. However, only teams that start on the first day can have a shot at the 16 team bracket.

Each Clash Tournament opens on a Monday, at this time players can start inviting their team mates and discussing the position they will play as well as entering their tickets. On Friday 30 mins before matches are due to begin players must be online in that 30 mins and “Lock in” to the tournament. This ensure only full teams that are online are part of the tournament, allowing us to almost eliminate no shows. Once players have locked in and the 30 mins lock in period is complete the brackets will be formed and players will be notified of their opponent, for the next 7 mins teams can scout their opponents and then matches begin. During the matches, players can see their progression in the bracket in real time and always know if they have won and are moving on or if they have lost and need to buy back in to play again.

[JASON]: If a group of players regularly start winning tournaments, could it potentially lead them to semi-pro/pro play?

[LEANNE]: Although the path to pro play wasn’t one of our core goals when developing Clash it would be an interesting bye-product. It will be interesting to see if Clash could help teams get exposure and get more experience in the more professional scene.

[JASON]: The Clash tournaments are automated tournaments over the course of three days where thousands gather to play. Can you give some insight into how this system works?

[LEANNE]: Clash is fully automated. As mentioned above each Tournament opens on a Monday and player have until Friday to get their team together. Once Friday comes along teams have a 30 minute window to “Lock in” to the Tournament to confirm they are there and ready to play. After 30 mins Lock in is over and we automatically create the brackets and match make all the teams within each Tier. Players are only matchmade within their Clash tier. We look at several factors to ensure the matches we are creating are as high quality as possible. If we have an odd number of teams Clash automatically grants the odd teams with a Bye (Free win) and that team will automatically move onto the next round.

Throughout the Tournament weekend, players can always see their progress and current standings in the Client by viewing the brackets. We have certain features within Clash that will help players understand where they are in the Tournament and what they need to do next.

[JASON]: How will rewards/prizes work? Is there potential for special Clash tournaments that will offer up rare/valuable skins?

[LEANNE]: For Clash, we have create 2 new reward types which we are very excited about. The first one is Banners. As players win matches in Clash they will accumulate Victory Points, at certain Victory point thresholds players will unlock banners. There will be 3 tiers of banners in each Tournament cup (2 weekends). Once players unlock a banner it will display on the players profile and also in all Summoner Rift games. As players enter the rift the banner will display in lane based on the position that each player is in. This is a really cool way for players to show off their accomplishments. Players have the ability to equip the banner they like the most.

As well as Banners we have Trophies which are the ultimate reward. The Trophies are exclusively for winners of the bracket. Each player on the team will be awarded a trophy if they win the 4 team bracket, 8 team bracket and the final 16 team bracket. Trophies also appear on players profile and spawn in Summoner Rift games so you can show off that you’ve won a Clash Tournament.  Lastly, we have Clash capsules. Clash capsules contain loot including Clash team logos and Clash tickets. The Clash capsule upgrades as you continue to progress through the Tournament, players collect their capsule at the end of their tournament run.