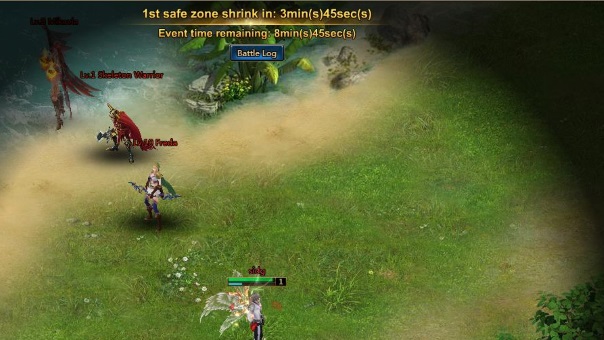 League of Angels recently revealed a new Battle Royale mode coming to their mobile title, League of Angels II. It’s called “Isle of Doom” and will begin its first season on December 8th, 2017. By challenging rivals from all servers in seasons, players are sure to face a more fierce battle experience than ever before. Each new season starts on the 8th of each month and will run for 20 days. The event can be accessed daily from 02:00 – 10:00in the morning and 14:00 – 22:00 in the evening (US Eastern Time). Players can queue up on their own or in pairs. Each match will have 20 players and will last 10 minutes. It will work as a standard Battle Royale, where players are dropped into random locations, and the match slowly shrinks, until the 9-minute mark where Sudden Death occurs and respawns no longer take place.