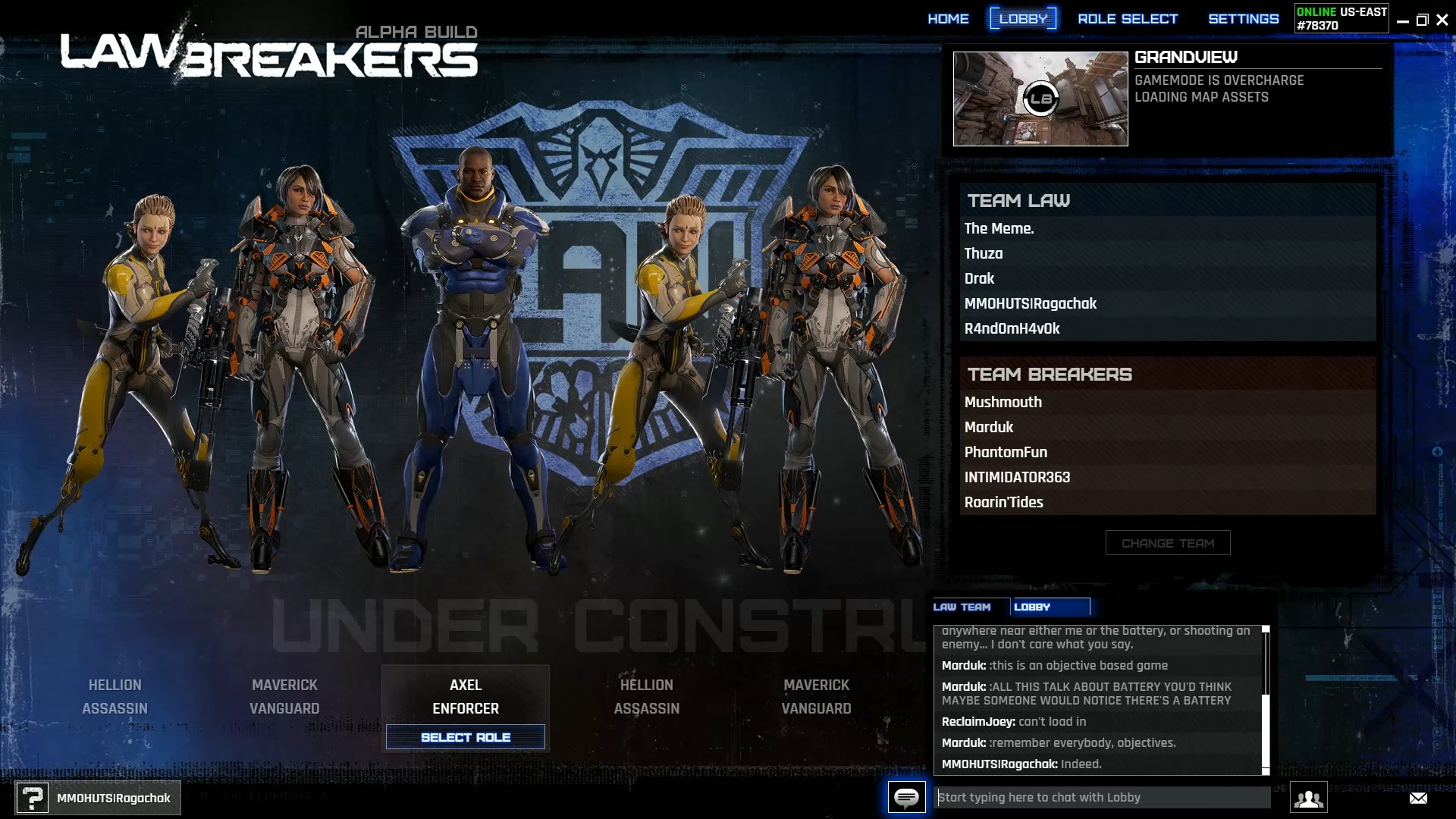 Games go through lots of phases. The first major phase is Alpha; the game is nowhere near ready yet, but it’s a fantastic way to get insight on your game. However, that also assumes that the company is listening, and pushes the game in a direction the fans might want. We’ll just overlook Paladins in World of Warcraft and instead leap right into Lawbreakers! This is my third time settling in for a good look at the game. It’s a team-based FPS where the rules of gravity are bent, tilted over, or outright obliterated with a host of violent guns and powers! I love it! It’s the brainchild of Cliff Bleszinski, famous for Gears of War and Bulletstorm. This shows me that at least the head of the show knows shooters. I loved both of these, and at the risk of being that guy, I love Lawbreakers. I have, of course, misgivings, but it’s a damn Alpha. It’s not going to BE perfect yet. 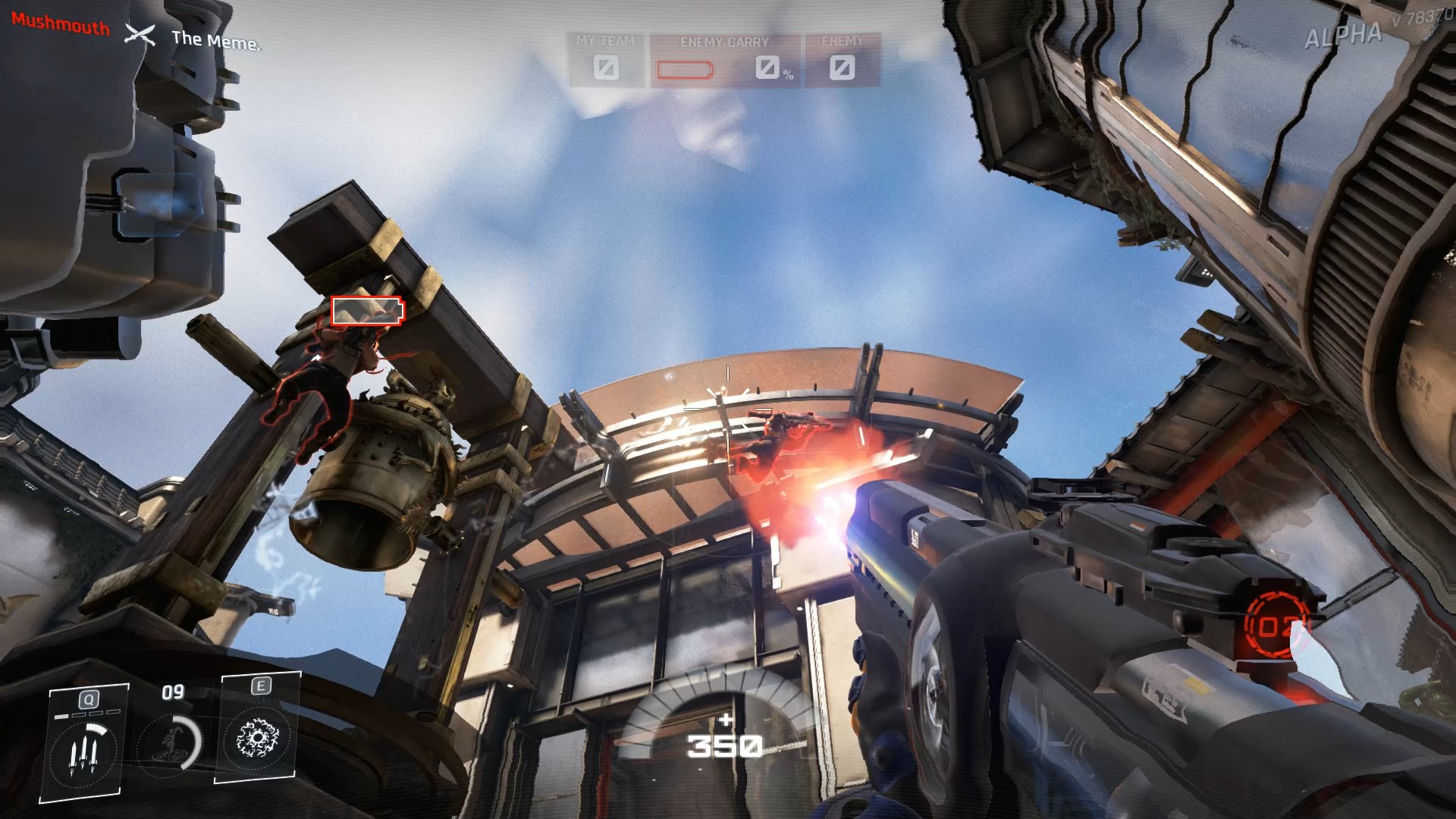 Shooters feel entirely different when your opponent can literally come at you from any angle.

I do appreciate that after the first Closed Alpha, the outcry that “the game is too damn slow” was heard. As a result, all the classes were given a speed boost, 100 to everyone except Vanguard, which only received 50. I still think Assassin is way way way too fast, but that’s because I play Vanguard primarily. I’m willing to admit that I’m a little biased. If you aren’t quick enough on the draw, they will get behind you and murder you.

It’s my opinion that they’re probably the strongest class in the game, but they’re rather dependent on the terrain you encounter them on, meaning the more experienced you become, the more balanced they start to feel. This whole game is a damn skill check though. It’s a 3D game, and the movement is in 3D also, thanks to the gravity schtick. When you’re firing at someone, and suddenly they’re in a low-G area, floating away, using mobility moves to dart around you… let’s just say if you aren’t ready, you’re fucked. 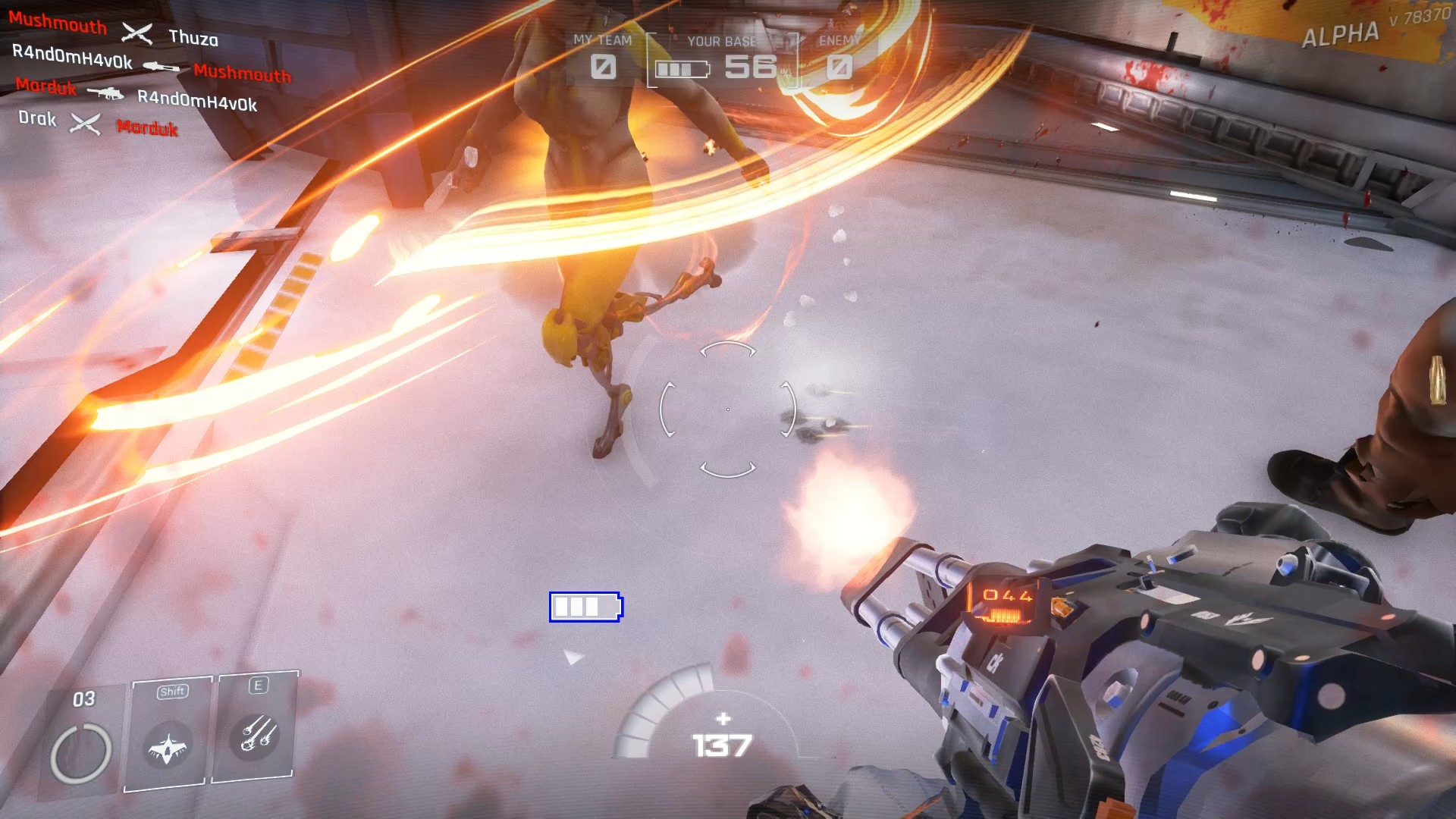 It’s a game filled with violence, profanity, blood, cool special moves, and interesting characters. I’m grateful that each faction [Law and Breakers] have the same classes, same stats and weapons, but fashioned to fit them in their own lore. I don’t feel like the factions fit together very well though. That’s just a weird aesthetic opinion, but I don’t know. I think if there’s some more story to explain “why” they are working together, and why they look so vastly different, other than accents, that would be terrific. I won’t lie, I’d love this game to have a story mode. I would gain a great deal of joy in exploring this world and what happened. When I saw there was another map teased [right here on this website!], I was excited to maybe see it in the Alpha! . . . I did not. That made me sad. That’s in no way a mark against the game, but I’m so used to Battery and the starting map that I’m aching to see this game’s content grow. 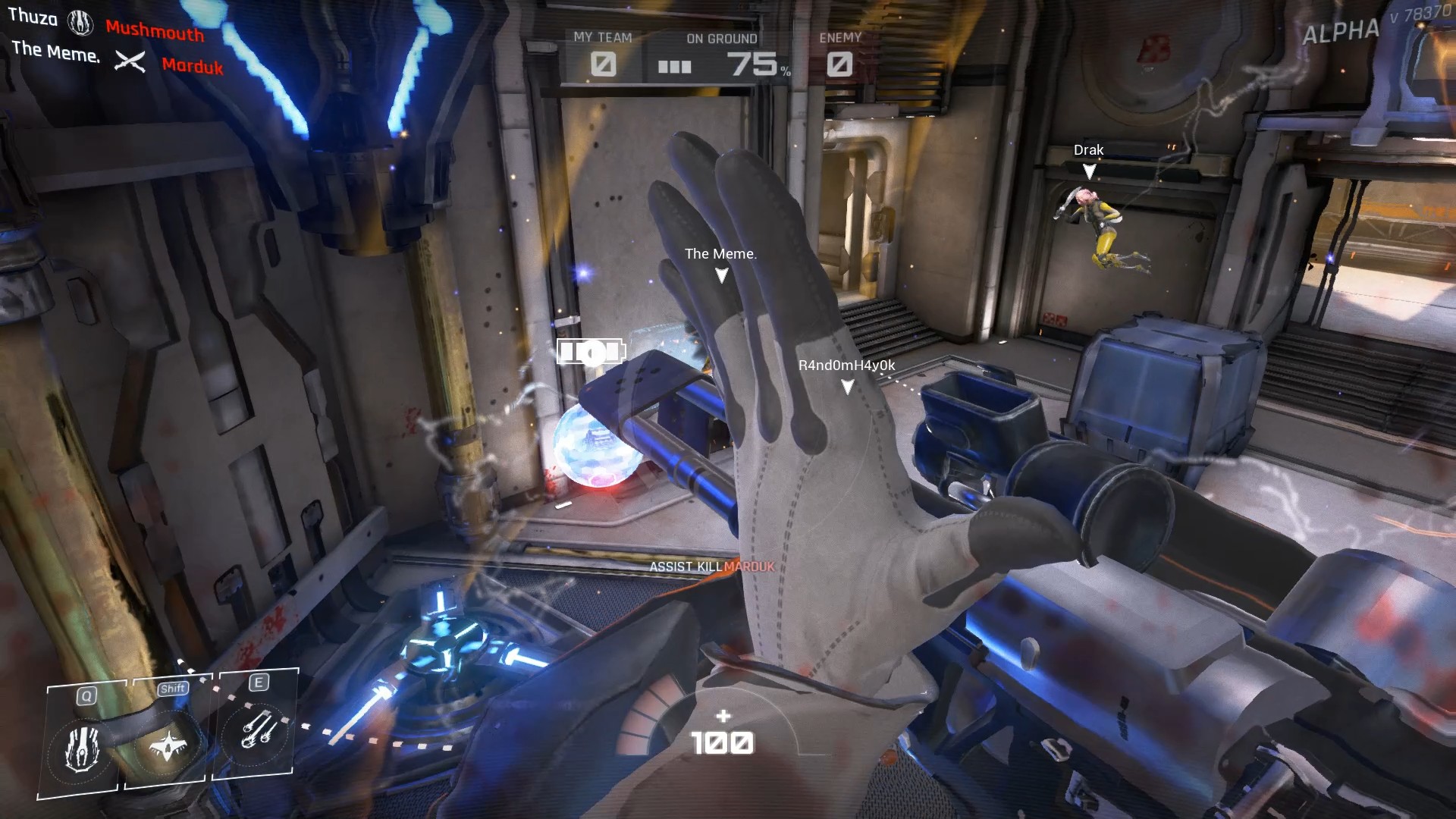 Right down to the reload animation, you can tell this company loves their game.

This game is very much the “Mortal Kombat” long overdue for the online shooter family. It’s gritty, violent, vulgar, bloody, and filled with explosions. The players seem to die so very very fast. One of the continuous criticisms I have is, I have no idea if my opponent is close to death or not. Sometimes in long range shootouts where I’m constantly dodging and strafing, I’m not even sure if I’m hitting my target. I also hate that it just keeps dumping you into matches and not into a lobby. If I need to stop playing, I have to alt-f4 or something like that. I chose to use “need” not “want,” because I do love playing this game and will be keeping up coverage of it as the game develops. The game is really quite rough still, but it’s a hell of a lot smoother than it was pre-PAX East, and I definitely appreciate their developers listening to the fans on what they want/don’t want. The Internet Community at large is a horrible place filled with people that won’t be happy no matter what. It’s good that they’re paying attention and not just giving everyone what they want, but things that are constructive and forward thinking.

It’s not perfect, but it’s in the damn Alpha phase. What do you want? One of the big things that needs to be added, hopefully by the next phase or so, is when people disconnect or leave a team short handed, nobody came to join in. I don’t know if it was a bug, or simply not implemented yet, but playing two people down on Battery is not fun at all. I’m hoping the next maps are bigger, and there are more gravity effects around stages. I can see the Battery Stages being shorter, but for the others I’m hoping for something more. There are lots of little things going on that I really enjoy. Lawbreakers is on a climb, and I hope it stays that way! I still have questions and thoughts, but we’ll save that for an upcoming interview.